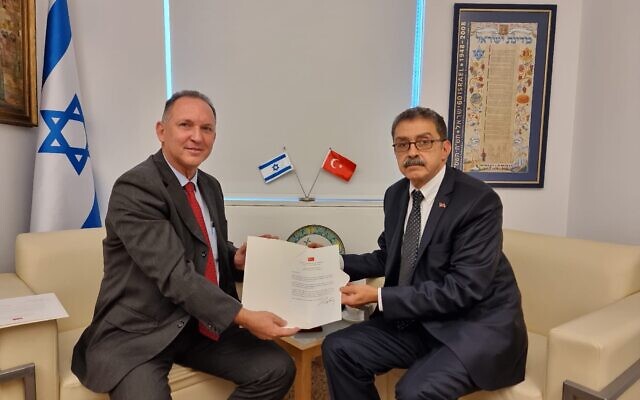 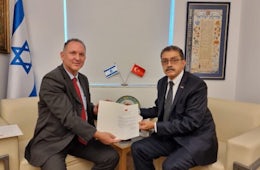 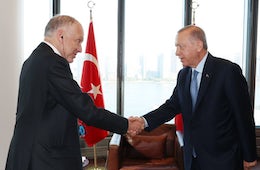 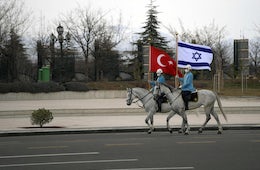 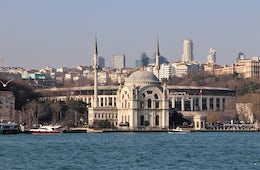 The history of Jews in Anatolia can be traced back to the fourth century B.C.E, when the westernmost edges of the peninsula were ruled by the Greeks. The remains of Jewish settlements in ancient cities along the Aegean, Mediterranean, and Black Sea coasts, such as Sardes, Phocee, and Smyrna (modern-day Izmir), attest to the presence of Jews in Hellenistic Anatolia. Later, under the Byzantine Empire, these Jewish communities found the Christian authorities to be oppressive and restrictive. When the Ottomans crossed over into Europe in the fourteenth century, and conquered Anatolia, Jews living there welcomed the Ottomans as saviors. The absorption of the city of Bursa as the new Ottoman capital in 1324 ushered in a period of prosperity for these Jews. Indicative of this, the Jewish community in Bursa was given permission to rebuild the Etz ha-Hayyim synagogue by the sultan.

The Jewish community in the Ottoman Empire enjoyed freedoms not afforded in other countries, as the Ottoman Empire became a welcoming place for Jews. In fact, the Ottomans actively encouraged Jewish immigration, and in the early 14th century, a number of Jews expelled from Western Europe settled in Ottoman territory. Under Ottoman rule, Jews were able to engage in trade and commerce without restriction, live and travel where they wanted, and hold influential positions at court. When Mehmet II conquered Constantinople in 1453, he personally invited Jews to live in the new Ottoman capital of Istanbul without fear of persecution and granted them permission to build synagogues and schools.

When Sephardic Jews were expelled from Spain and Portugal in 1492, Sultan Bayazid II called for these persecuted Jews to settle in Ottoman lands. Tens of thousands of Jews arrived following the Edict of Expulsion and settled in cities such as Istanbul and Salonika. They immediately began to contribute to commerce and trade, as their vast connections throughout Europe and Asia made them invaluable to the growth of the Empire. In terms of Jewish life, the Sephardim came to dominate Jewish religious and cultural practices in the Ottoman Empire, eventually leading to the assimilation of Romaniote Jews.

Over the centuries, influxes of European Jews fleeing persecution arrived in the Ottoman Empire and were able to contribute to an immensely thriving and prosperous Jewish community. Though Jews were considered second class citizens in the Empire and were required to pay a separate tax, this was a decidedly better position than Jews living in Christian Europe. Moreover, the Ottomans granted the Jewish community autonomy in their affairs, allowing Jewish leaders to collect taxes and administrate Jewish populations in the name of the sultan. Under this system, Jews were able to play a large role in the economic success of the Empire and were quite prominent in the court of the sultan. Many Jews were also involved in diplomatic missions, notably the opening of ties with England.

However, economic crises trigged by Europe’s colonization of the Americas slowly reduced Ottoman influence and began an existential threat to the Empire. Jewish merchants were particularly affected by this development, as the dominance of the Ottoman Empire in the trading industry diminished in favor of European countries. By the mid-nineteenth century, the Ottoman Empire had seen a dramatic decline in power and began instituting a series of reforms aimed at reversing course. The issuing of the Hatti Humayun in 1856, made all Ottoman citizens equal before the law, and as a result, Ottoman Jews slowly began to focus on a broader Ottoman identity, rather than merely a “Jewish” one. In the late nineteenth century, a number of Russian Jews fleeing pogroms found refuge in the Empire and Ottoman Sultans continuously defended Jews against blood libels, issuing firmans condemning such sentiments and reaffirming the equal status of Jews under Ottoman law.

In the aftermath of World War I, the Ottoman Empire was replaced by the Turkish Republic. Under the leadership of Mustafa Kemal Atatürk, Turkey adopted a secular constitution that afforded minority rights within the newly formed nation state. The Jewish community was able to continue to operate Jewish schools and institutions, but subject to a strict and defining state-wide secularism. The strict adherence to secularism saw Turkish Jews become criticized in the late 1920s and throughout the 1930s for speaking Ladino instead of Turkish. Over the course of the decade, religious education was banned in all schools, and Turkish replaced Hebrew in Jewish textbooks.

Following World War II, many of the Jewish refugees who had arrived in Turkey during the war, immigrated to Israel in 1948. Throughout the latter half of the twentieth century, the Turkish Jewish community continued to thrive economically.

In 1986, Jewish worshippers in Istanbul were murdered by Palestinian terrorists, and a pattern of emigration to countries such as Israel and the United States in successive decades saw the Jewish community in Turkey shrink.

In recent years, Turkish Jews continue to be involved in economic endeavors, and in 2015, they  were able to celebrate Hanukkah in an open display for the first time, with Turkish President Tayyip Erdoğan sending his regards to the community.

In the years leading up to World War II and the Holocaust, Turkey publicly rejected antisemitism, which had become prevalent since the rise of Nazism in Germany. As many European Jews became unsettled by Nazi aggressions and persecution and began to look for refuge in other countries, a large number of Turkish nationalists became opposed to wide-scale Jewish immigration in Turkey. Despite this, Atatürk invited several influential German Jewish professors to settle in Turkey.

During World War II, Turkey maintained neutrality and became a haven for Jews with familial connections and a place for a transitory place for eventual emigration to British-mandated Palestine. Istanbul became a hotbed of Holocaust rescue efforts, as several Turkish diplomats and international organizations and individuals were involved in efforts to save Turkish and non-Turkish Jews alike from the Holocaust. Monsignor Angelo Roncalli, who would later become Pope John XVIII, played a large role in helping to facilitate rescue efforts to bring endangered European Jews to safety in Turkey.

Hebrew University demographer Sergio DellaPergola estimated that there were between 15,500 and 21,000 Jews in Turkey as of 2002. The majority of Turkish Jews live in Istanbul, but there is also a Jewish community in Izmir. Small Jewish communities exist in Adana, Ankara, Bursa, Canakkale, Iskenderun, and Kirklareli.

Today community life is largely centered on Istanbul where the vast majority of the community resides, with smaller communities in Izmir, Bursa and Antakya.

Turkey’s Jewish museum was inaugurated in November 2001 (www.muze500.com)., Limmud Turkey takes place once a year in autumn, regularly attracting over 1000 people to their activities with high profile speakers from Turkey and beyond.

The community maintains a school complex including elementary and secondary schools for around 600 students.

There are Jewish Community Centers which also cater to the youth in Istanbul and Izmir.

A weekly newspaper called Şalom is published and available throughout Istanbul. It is a Turkish language publication but also contains a page of news and features in Ladino. Şalom also publishes a monthly magazine.

There are approximately 77,000 Israelis of Turkish descent including notable figures such as the singer Yasmin Levy, comedian Adi Ashkenazi and musician Shlomi Shabat. Israel is one of the 10 most important export markets for Turkish products globally, and Turkish Airlines is the second largest airline in the Israeli market after flag carrier El Al.