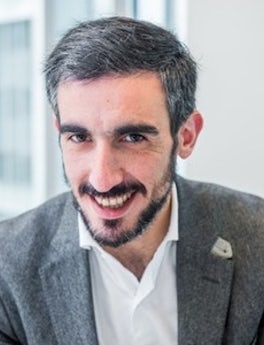 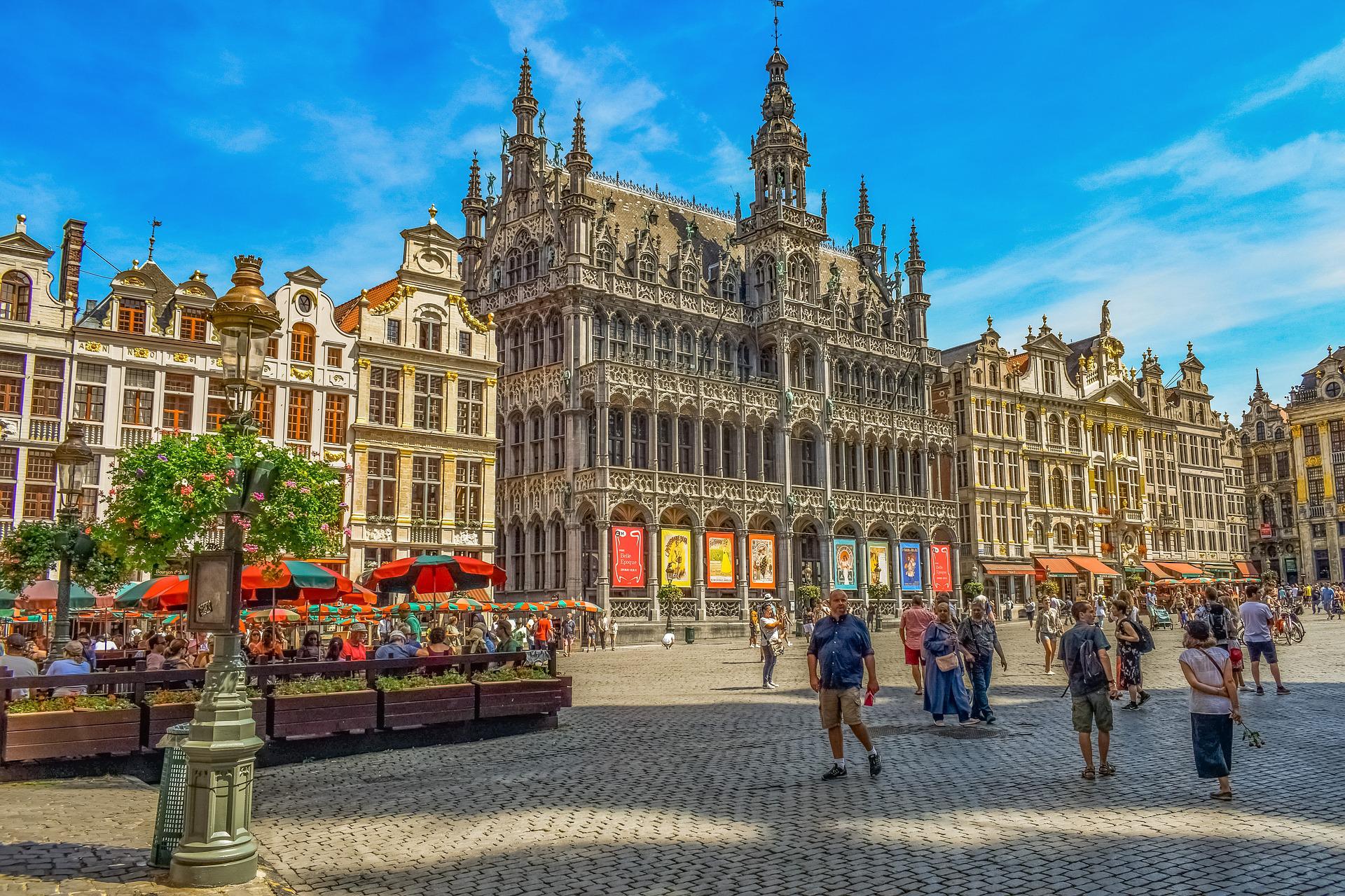 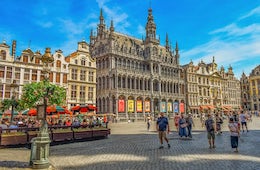 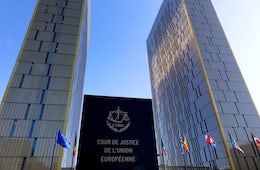 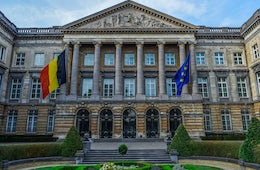 Belgium: A leading role in fighting Israel and Jews? 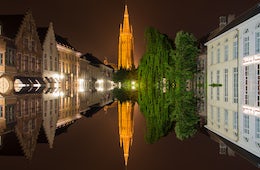 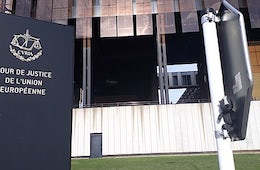 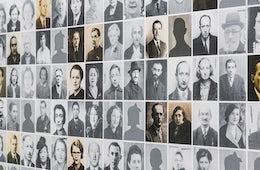 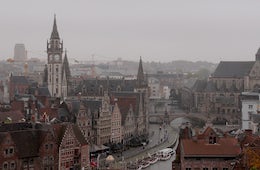 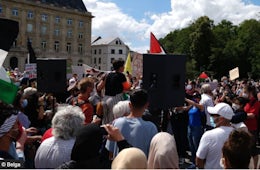 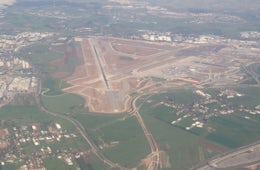 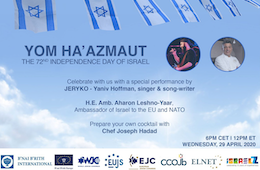 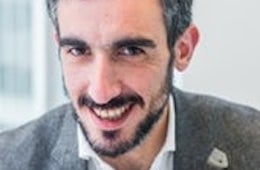 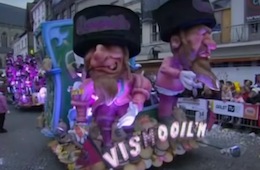 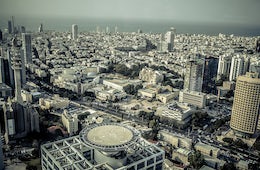 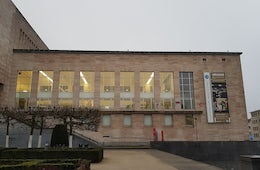 Painting looted by Nazis found in Royal Library of Belgium 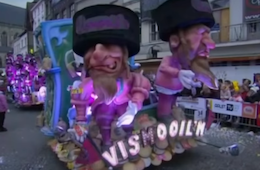 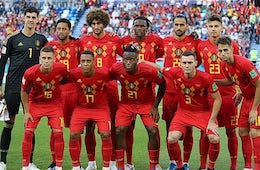 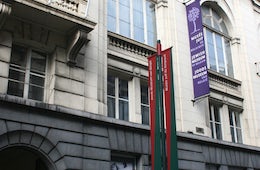 Jews may have followed the Roman Legions to what is today Belgium around the years 53-57 of the Common Era, but the first tangible proof of a Jewish presence there dates back to the 13th century. A tombstone from 1255/56 found in Thienen (Tirlemont) mentions the name, Rebecca bat Moshe. Jews who refused baptism were massacred in Belgium during the 1309 crusade, and the small Jewish communities there were decimated after Jews were accused of causing the “Black Death” of 1348-1349. When Spanish Jews settled in the Netherlands in the 16th century, Jews, others – most of them likely “secret Jews” known as Marranos - also settled in Antwerp and Bruges. After Antwerp came under Austrian rule in 1713, the Jews of that city were able to practice their religion more openly, and enjoyed even greater freedom after the promulgation in 1781 by the Habsburg emperor Joseph II of the “Edict of Tolerance”. In 1808 around 800 Jews were integrated into two of the Belgian Consistoires established under Napoleon. In 1831, a year after Belgian independence, the Jewish religion was legally recognized with the ‘Consistoire Central israélite de Belgique’ as its official representative before the authorities.

Throughout the 19th and early 20th centuries, the Jewish community of Belgium grew as the result of Jewish immigration from central and eastern Europe, with more assimilated French-speaking Jews establishing themselves in Brussels, while Yiddish-speaking, more Orthodox Jews settled in Antwerp. At the outset of World War II, the Jewish community of Belgium numbered more than 100,000.

Jews have been active in Belgian political and cultural life, among them Jean Gol, who served as vice-premier, minister of justice and institutional reform between 1981 and 1988; François Englert, Nobel Prize laureate in Physics; professor of neurosurgery Jacques Brotchi who was elected to the Belgian Senate in 2004; and Vivian Teitelbaum, a member of the Brussels regional legislature.

Today, the total Jewish population in Belgium numbers approximately 30,000, with a high concentration in Brussels and Antwerp. In 2002, as anti-Semitism flared throughout Europe and immigrants were rioting in Antwerp, some violence was directed at Jews in Belgium. In 2014, there were multiple anti-Semitic attacks carried out against the Belgian Jewish community. On June 2, 2014, World Jewish Congress President Ronald S. Lauder led a solidarity mission made up of 38 international Jewish leaders to Brussels following a deadly attack on the Jewish Museum of Brussels on May 24, 2014 that was condemned by the Belgian authorities as a clear act of anti-Semitism and terrorism.

On May 10, 1940, Nazi Germany invaded Belgium. In  the fall of the same year, anti-Jewish measures were announced:  the first prohibitions targeted Shechita and religious practice. Other discriminations followed barring Jews from exercising certain professions in the fields of law and education. In 1941, the Belgian authorities started to confiscate properties, including the diamond exchange, followed by the establishment of curfews restraining Jews to cities. In early 1942, the Nazis ordered Jews to wear yellow stars, and in September 1942 began deporting tJews, mostly to Auschwitz. Very few Belgian Jews survived the Nazi concentration and death camps, and more than 25,000 Belgian Jews perished in the Holocaust. An active resistance movement, supported by both Jews and non-Jews, prevented a higher death toll. More than 2,000 Belgian non-Jews were recognized as “Righteous Among the Nations” by Yad Vashem in Jerusalem for saving Jews during the years of the Shoah. Belgium was also the only Nazi-occupied country in Europe where a train transport to the death camps was halted and deportees had a chance to escape. Many Christian families hid Jewish children and usually respected their requests not to be baptized. After the end of World War II, almost all these Jewish children were returned to their families. 4,000 were saved from the deportation. In January 2013, the Belgian Senate issued a strengthened version of an official resolution recognizing Holocaust-era complicity in the persecution of Jews.

The Belgian Jewish community currently numbers around 30,000 out of a total population of 11 million, with most living in Brussels and Antwerp. Other smaller communities are in Arlon, Liège, Mons, Charleroi, Waterloo, Knooke, Ostend and Ghent.

In 1936, the WJC Belgian Section was a constituent member at the WJC Plenary in Geneva.  Dr Arieh L. Kubowitzki (later Kubowy) of the WJC Belgian Section was WJC Secretary General from 1946-1948. In 1977, the WJC Belgian Section was merged into the Comité de Coordination des Organisations Juives de Belgique (CCOJB) merged. In 1990. WJC established its European office in Brussels. Today, Judaism in Belgium is organized mainly around three institutions: two with apolitical profiles and one religious. The CCOJB is the political umbrella of some 40 national/French -peaking Jewish groups and organizations, whose mission is to protect and develop Jewish values in Belgium; fight against anti-Semitism, racism and xenophobia; maintain the memory of the Shoah; and support of the State of Israel and fight against its delegitimization. The organization, ‘het Forum der Joodse Organisaties’, represents the Jews of Antwerp and its surroundings. The Consistoire Central Israélite de Belgique (CCIB), representing 19 local religious communities, is a federally recognized religious body through which rabbis and teachers of Jewish religion are remunerated by the Belgian state as civil servants.

Belgium has 45 active synagogues, 30 of which - all Orthodox - are in Antwerp. Several synagogues also serve as houses of study for the ultra-Orthodox sects  present in the city. The Antwerp community has its own chief rabbi. There are more than 10 synagogues in Brussels, including two Reform congregations – one of them English-speaking – and three Sephardic synagogues. The chief rabbi of Belgium is appointed by the community and officiates at the country's main synagogue, ‘La Régence’, which was re-dedicated in 2008 as the Great Synagogue of Europe. Both the chief rabbi and the main synagogue are funded by the government. Brussels has also a special Jewish communal lay center, the ‘Centre Communautaire Laïc Juif’.

Brussels has a Jewish Museum, and a ‘Memorial to the Jewish Martyrdom in Belgium.

Kosher food is readily available in both Brussels and Antwerp.

The constitutional recognition of minority religions means that the various levels of government welcome independent schooling systems and provide funding for religious schools. There are seven Jewish schools in Antwerp and three in Brussels, from kindergarten to secondary schools. The great majority of Jewish children in Antwerp are educated in the Jewish school system and receive an intensive religious education. Antwerp also has several yeshivas.

The main publication in the French language is published by CCLJ called Regards. In Antwerp, the leading Jewish publication is Joods Actueel, in Dutch. Individual organizations produce magazines addressing agendas, like the Consistoire. There are several other publications some in Yiddish. The Brussels community also boasts its own radio station, Radio Judaica. The Brussels based press agency, European Jewish Press is the only online Jewish news agency in Europe and it was launched in 2005.

Israel and Belgium have had diplomatic relations since 1950. While tensions arose in 2001 due to efforts, ultimately struck down by the Supreme Court, to try then Prime Minister Ariel Sharon with war crimes, relations between Brussels and Jerusalem have since improved. Since 1948, many thousands of Belgian Jews have immigrated to Israel, where they created their own organization, the ‘Association Originaires de Belgique en Israël’.

Embassy of Israel to Belgium

Mission of Israel to the European Union and NATO

Visitors can learn about the history of Belgian Jewry at the Jewish Museum of Belgium in Brussels. In Anderlecht, is the ‘Memorial of the Jewish Martyrdom in Belgium,’ which bears the names of 23,838 Belgian Jews killed in the Holocaust. In Mechelen there is the Kazerne Dossin – Memorial, Museum and Documentation Centre on Holocaust and Human Rights- which is located next to the former Mechelen transit camp from which Belgian Jews and Gypsies were sent to concentration camps during World War II.