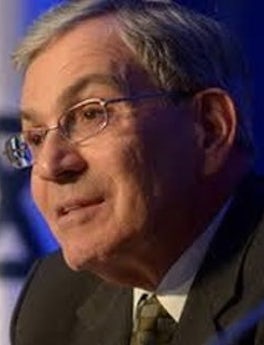 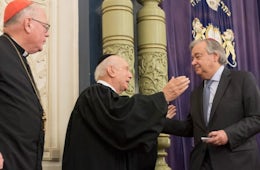 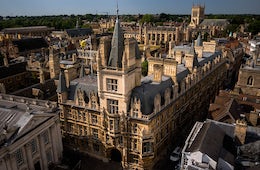 My New Year’s resolution: Make college leaders wake up to antisemitism on their campuses 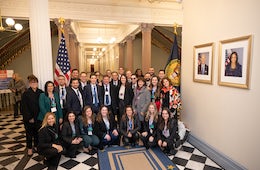 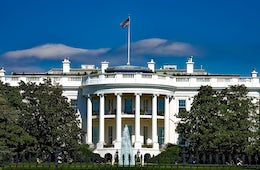 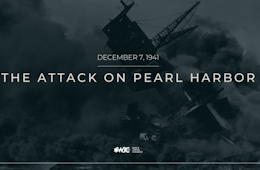 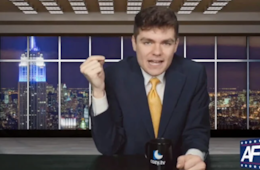 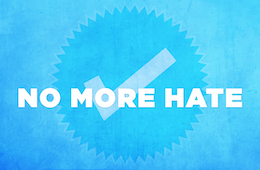 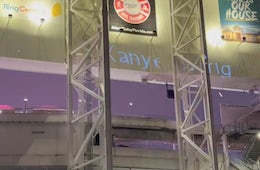 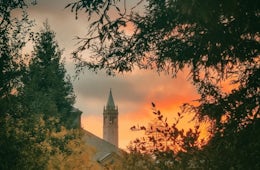 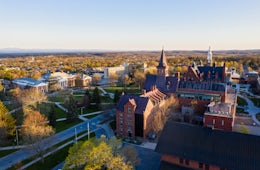 WJC reacts to Title VI complaint at University of Vermont 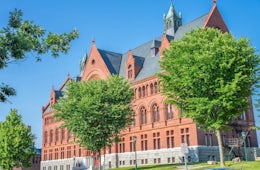 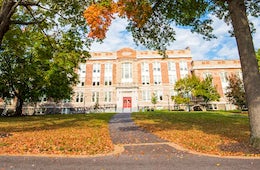 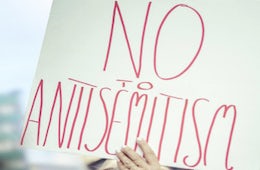 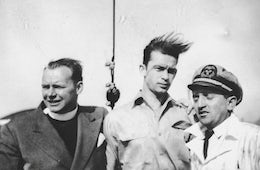 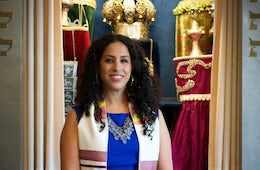 Her great-grandfather led Israel. She’ll be leading a congregation 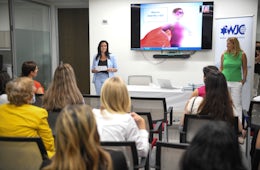 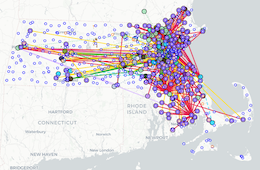 With between approximately 5,700,000 and 7,160,000 million Jews, the United States is home to what is considered the largest or second largest Jewish population in the world, depending on the sources cited and methods used. Hebrew University demographer Sergio Della Pergola has estimated the US Jewish community to number between 5,700,000 and 10,000,000 as of 2013. Criteria may take into account halakhic considerations, or secular, cultural, political and ancestral identification factors. With two million Jews, New York City has the largest Jewish population of any other municipality in the world.

Studies conducted in 2013 cited that nearly one in four U.S. Jewish adults said they attended Jewish religious services at a synagogue or other place of worship at least once a week or once or twice a month; roughly one-third of Jews say they attend religious services a few times a year; and four in ten say they seldom or never attend Jewish religious services. American Jews identify for the most part as Reform, Conservative, and Orthodox, with some identifying with a variety of smaller groups, such as the Reconstructionist and Renewal movements. Each stream has its own rabbinical and congregational bodies. About one-third of American Jews do not identify with any denomination. The percentage of U.S. Jews who say they have no religion (22%) is almost the same as non-Jews (20%).

Some smaller Jewish communities are known to preserve special customs and traditions. These include the Bukharan and Syrian Jews in Queens and Brooklyn, NY; Russian Jews in Brighton Beach, Brooklyn, NY; and Iranian Jews in Los Angeles, CA. The United States, particularly Brooklyn, NY, among other cities, is also the home of many Hasidic groups.

Jewish culture is well known in American society. The proportion of Jewish university graduates is high. Jews serve in both federal and local government entities, including the US Congress, and the US Supreme Court.

Jewish administrators and faculty also serve widely in universities. Jewish motifs are often identifiable in theatre, film, and other cultural venues, and Jews are active in American political and civic life.

At the time of the Declaration of Independence (1776), there were already 1,500 to 2,500 Jews in the British colonies that would become the United States, mostly descendants of Sephardic immigrants from Spain, Portugal, or their colonies.

In the wake of large immigration from Germany in the middle of the 19th century, the new arrivals bolstered the Jewish population from 6,000 in 1826 to 15,000 in 1840 and 280,000 in 1880. Then, most Jews were part of the educated and largely secular Ashkenazi (German) community, although a minority population of the older Sephardic Jewish families remained prominent.

Beginning in 1881, a wave of immigration from the Russian Empire and other parts of Eastern Europe started, and by the turn of the century, the American Jewish population had surpassed one million. That immigration continued until the imposition, in 1924, of strict quotas designed to restrict the entry of new immigrants from eastern and southern Europe. Until that time, the United States absorbed about two-thirds of the total number of Jewish emigrants leaving eastern Europe. By 1918, America had become the country with the largest Jewish community in the world.

Most of these new arrivals were also Yiddish-speaking Ashkenazi Jews who came from the poor rural populations of the Russian Empire – what is today Poland, Lithuania, Belarus, Ukraine, and Moldova. Over two million Jews arrived between the mid-1800s and 1924. Most settled in New York City and its immediate environs, establishing what became one of the world's major concentrations of the Jewish population.

Jewish immigrants dreamed of the United States as a promised land, a "goldene medina", but the reality was often harsh. Most newcomers worked at manual labor in appalling conditions. The largest concentration was in New York's Lower East Side, which at one time was home to over 350,000 Jews crammed into a single square mile.

These newly arrived Jews built support networks consisting of many small synagogues and Ashkenazi "Landsmannschaften", associations of Jews coming from the same town or village in Europe. Jewish writers of the time urged assimilation and integration into the wider American culture, and Jews quickly became part of American life. Later, many Jews entered the free professions, and Jews distinguished themselves in commerce, industry, and science.

In the 1930s, only a small fraction of the Jewish refugees clamoring to escape the threat of Nazism were admitted. By 1940, the Jewish population had risen to 4,500,000, and that number increased after the war when many Holocaust survivors arrived on American shores. Half a million American Jews (half of all Jewish men aged between 18 and 50) fought in World War II.

Many Jews left the cities for the suburbs which facilitated the formation of new Jewish centers. Jewish day school enrollment more than doubled between the end of World War II and the mid-1950s, while synagogue affiliation jumped from 20 percent in 1930 to 60 percent thirty years later. More recent waves of Jewish immigration from Russia and other regions have largely joined the mainstream American Jewish community.

Jews have served and continue to serve prominently in all areas of US public life, including Congress, the US Supreme Court and other courts, and federal and state government.

Over the last decades, many Israelis immigrated to the United States, as have 150,000 Jews from the FSU, 30,000 Jews from Iran, and thousands of others from Latin America and South Africa, and other states and regions.

Rabbi Stephen S. Wise in 1936 co-founded the World Jewish Congress, together with Nahum Goldmann, and others. The World Jewish Congress, American Section is the affiliate of the WJC in the United States comprising key American Jewish national organizations and outstanding individuals.  The American Section, in furthering the goals of the WJC, facilitates American Jewish input into the WJC’s global deliberations and encourages American Jewish efforts to fight anti-Semitism and racism, defend Jewish rights around the world, and to advocate for Israel.

The WJC, American Section meets regularly in New York and in Washington with American elected officials and dignitaries, and with representatives of foreign governments. Activities of WJC, American Section advocacy include, among others, meetings with foreign ministers and heads of state during the UN General Assembly, meetings with members of the UN Secretariat and staff, ambassadors, American officials, outreach to interfaith leaders, and support for Israel and other Jewish communities in the public square. Continuous support for pro-Israel legislation is a top priority on both local and federal levels, as is activity to counter the Boycott, Divestment, and Sanctions movement and other attempts to delegitimize Israel. Combating antisemitism is paramount – the American Section played a key role in the recent passage of the No Hate in Our State bill introduced by Governor Andrew Cuomo of New York to strengthen support for the state police Hate Crimes Task Force, and in garnering support for the Never Again Education Act, a bi-partisan effort to significantly increase Holocaust education in the United States.  Recent programs on the history and culture of the Jewish community in France were held in co-sponsorship with the Consulate General of France in New York, in solidarity with the Jewish community in France that witnessed a sharp rise in antisemitic attacks in recent years. These are only a few examples of a wide range of constant activity.

Other Jewish organizations, federations, Jewish community centers and synagogues operate in many cities, towns, and neighborhoods, serving the community in a wide variety of ways, including social welfare services and Jewish educational activities, on large swathe of Jewish concerns. Some Jewish organizations focus on specific issues or projects.

As a group, American Jews have been very active in civil rights movements. In the 20th century, Jews were among the most active participants and supporters of the black civil rights movement, and in the latter half of the twentieth century, were outspoken and extremely active on the issue of the right of Soviet Jews to freely emigrate from the Soviet Union.

Support for Zionism  began growing in influence in the 1930s and 1940s, as part of the Jewish community’s strong backing of President Franklin Roosevelt's domestic and foreign policies, yet remained a minority opinion until the founding of Israel in 1948 propelled the Middle East into a focus of attention. The United States’ immediate recognition of Israel by the American government was an indication of both its intrinsic support and the influence of political Zionism. A lively internal debate commenced following the Six-Day War in 1967 and the search for peace, and by this time the American Jewish community had demonstrated its strong support for Israel, albeit with diverse opinions on current events as they unfolded, as is seen still today.

The US-Israel relationship has been unparalleled in strength, and has had a particularly strategic significance for Israel, sometimes preventing its total isolation during critical periods of political pressure, especially during economic and political boycotts. Since 1985, American aid to Israel has amounted to US$ 3 billion per annum, of which $1.8 billion represents military assistance and US$ 1.2 billion is used for the repayment of Israel's debts to Washington. The American Jewish community is one of the strongest proponents of US foreign aid legislation, which includes not only Israel, but aid to all the countries that recipients of the US assistance as well.

Apart from its Embassy in Washington, Israel has a consulate general in New York and consulates in Atlanta, Boston, Chicago, Houston, Los Angeles, Miami, and San Francisco. All have close ties with their local Jewish community representatives.

Among the leading sites of Jewish interest is the US Holocaust Memorial Museum in Washington, DC, the paramount center for public Holocaust education, and supported mainly by the US government and private contributions. The USHMM features many outstanding  exhibitions on a wide variety of aspects of Holocaust history and is visited by millions each year, including students and public servants. Other important museums include the Jewish Museum, the Museum of Jewish Heritage, and the Dr. Bernard Heller Museum at Hebrew Union College-Jewish Institute of Religion, all in New York City; the National Museum of American Jewish History in Philadelphia; and the Los Angeles Museum of the Holocaust, the Skirball Cultural Center, and the Museum of Tolerance in Los Angeles.

There are also many historic synagogues in the U.S. – first and foremost Touro Synagogue in Newport, RI, which is the oldest surviving synagogue building in North America and a fine example of American colonial architecture.

There are also a number of Jewish colleges and specialized institutes, as well as rabbinical seminaries and teacher-training institutions, representing every stream. Many non-sectarian and Christian universities also have programs of Jewish studies, and some of the most outstanding Jewish libraries in the world are in the United States.

The American Jewish media is characterized by its great diversity. There are about 80 Jewish online and print weeklies and several dozen monthlies and quarterlies. Websites and social media outlets of Jewish organizations and publications are numerous, and in some large Jewish communities there are Jewish radio and television programs.