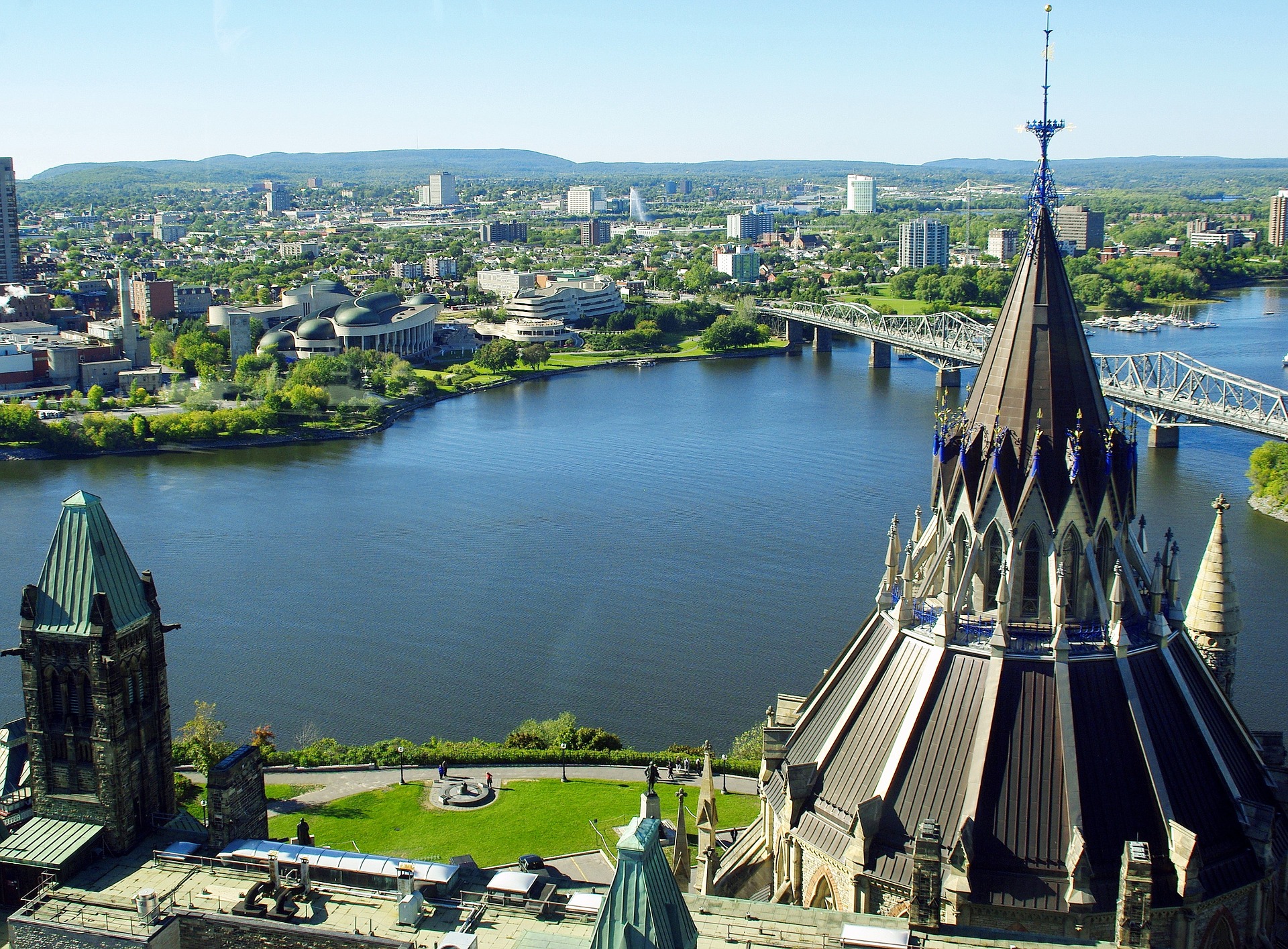 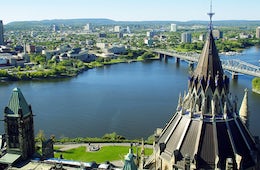 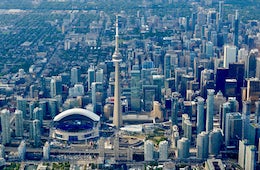 Diversity Minister Hussen will be judged based on result of review into CMAC funding, says Jewish advocacy group 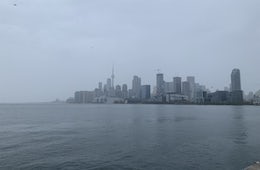 Opinion | We need more than just the government to combat antisemitism 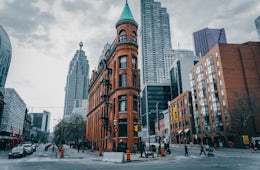 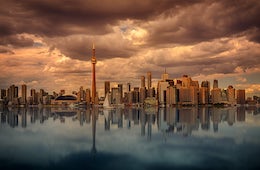 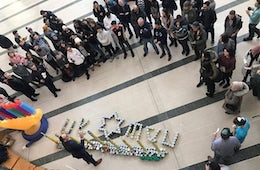 Opinion | The cycle of antisemitism, as seen at York University

Originally excluded from settling in Canada during the period of French rule, Jews first arrived in Montreal with British soldiers during the French and Indian War in the early 1760s. After the war, a small number of Jews remained in the area and, by 1768, the first synagogue, Shaarei Israel, was consecrated there.

The late 18th and early 19th centuries saw the Jewish population gradually increase as immigration from Eastern Europe saw many Jewish communities sprout in various cities across the country. A sizeable number of Jewish immigrants continued to enter the country in the early 1900s. Post-war Canada saw a large increase in immigration from Holocaust survivors and refugees from North Africa – largely due to the energetic campaign of the Canadian Jewish Congress (CJC), CIJA’S predecessor organization, during and after WWII. This immigration, of both Ashkenazi and Sephardic Jews, significantly increased and diversified Canadian Jewry over the course of the 20th century.

The Jewish community in Canada today is stable and very active in Canadian society.

There have been numerous notable Jewish Canadian political figures throughout Canadian history. Ezekiel Hart – whose father had arrived with British soldiers during the time of the French and Indian War – became the first Jew elected to Canadian parliament in 1808. David Croll, who had emigrated from Russia during this time, became the first Jewish senator in 1955. Herbert Gray was Canada’s first Jewish federal cabinet minister, serving as Deputy Prime Minister from 1997 to 2002. Irwin Cotler, who had been counsel to Nelson Mandela in 1981, served as Minister of Justice and Attorney General from 2003 to 2006. The Honorable Rosalie Silberman Abella, daughter of two Holocaust survivors and champion of human rights, was the first Jewish woman appointed to the Canadian Supreme Court, where she continues to serve today.

In the years preceding World War II, the question of Jewish refugees attempting to enter the country was answered with callous indifference and systematic policies intended to prevent Jewish immigration. The phrase “none is too many” aptly describes the view of Canadian officials towards immigration policy concerning Jews.

Though the Great Depression accounts for some of Canada’s attitude towards immigration, the notion of Jews as “foreign” or alien” – the antithesis of the “Canadian way of life” – is a more likely reason for the distorted perspective. Frederick Blair, the Director of the Immigration Branch, was the most egregious of the officials in charge of immigration policy. He believed it was his moral duty to prevent Jews from entering and corrupting Canada.

Canadian Jews attempted to advocate on behalf of the European Jewish refugees, but most found their efforts were either ignored or disregarded. Besides government officials, general Canadian society was apathetic to the plight of Jewish refugees, and antisemitism was somewhat prevalent. Consequently, Canadian Jews were forced to rely on themselves, with mixed fortunes. Although their efforts did result in some refugees gaining entry into Canada, many others were blocked by immigration officials, with the S.S. St. Louis episode in 1939 — where more than 900 Jewish refugees from Germany were denied entry into Canada, as well as the United States and Cuba,  and sent back to Europe— being the most dramatic.

None is Too Many: Canada and the Jews of Europe, 1933-1948 by Irving Abella and Harold Troper details the extent of Canada’s blatant exclusion of Jewish refugees, noting that the 5,000 refugees accepted by Canada is among the worst – statistical wise — of any other Western country.

According to the Berman Jewish DataBank, the Jewish community in Canada numbered 391,665 people out of an overall population of nearly 33.5 million, hence, Jews constitute a mere 1.2 percent of the Canadian population. In comparison, Christians account for 67.3percent of the population – notably Roman Catholic at 38.7percent— and Muslims account for 3.2percent, respectively.

Although Canadian Jewry is mainly concentrated in the country’s major cities—namely Toronto, Montreal, Vancouver, and Ottawa—smaller communities can be found throughout the country.

The organized Canadian Jewish community is represented by the Centre for Israel and Jewish Affairs (CIJA), a Jewish representative body that advocates on behalf of the various Jewish Federations across the country. Structured around a unified “national-local model” that emphasizes national leadership while providing support for grassroots Jewish communities, CIJA became the main national organization in 2011 after a careful restructuring and consolidation effort that included the former Canadian Jewish Congress (CJC) and various other national organizations. CIJA operates throughout across Canada, focusing on combating antisemitism and educating Canadians about Israel. CIJA has an office in Israel.

The Canadian Jewish community operates a number of nursing homes and hospitals, with the latter serving both Jewish and non-Jewish communities. Canadian Hadassah-Wizo (CHW), an organization focusing on the advancement of healthcare, education, childcare, and women’s issues, serves as a notable example of the Jewish community’s contribution to the overall community of Canada.

In the religious field, the main streams of Orthodox (Modern and ultra-Orthodox), Conservative, and Reform are all active in Canada. Specific data for religious identification within the Jewish community is not available, but the Jewish Agency for Israel estimates that 40% of Canadian Jews are Orthodox, 40% are Conservative, and 20% are Reform. Sergio Della Pergola notes in “World Jewish Population, 2015” that a majority of Jews in Canada either identify themselves as religiously Jewish, or ethnically Jewish with no religion.

Kosher food is available in Canada’s major cities, such as Toronto, Vancouver, or Ottawa, through a myriad of different stores, restaurants, butcheries, etc. Smaller communities may have less options, but kosher food can be found in most parts of the country.

Information for Jewish Education for the total Jewish population of Canada is not available, but statistics from Montreal and Toronto – two of the largest Jewish populations in Canada – are demonstrative of the overall Jewish community. According to research conducted by the Jewish Agency, around 40 percent of Jewish children in Toronto go to Jewish day schools and 12 percent go to Jewish high schools, while the Montreal figures – 60 percent and 30 percent respectively— are much higher. Funding for these institutions occurs on both the governmental and private level, with organizations such as the Association of Jewish Days Schools contributing as well.

The Rabbinical College of Quebec, or “Yeshiva Tomchei Temimim Lubavitch,” offers Jewish religious tertiary education and serves as the main rabbinical studies center in the country. Secular education also encompasses Jewish learning in some regard, with institutions such as McGill University, University of Toronto, and York University offering strong Jewish Studies departments. The Melton Adult Education Program, an international organization associated with the Hebrew University of Jerusalem, has a chapter in Ottawa and offers various educational opportunities.

Jewish youth groups in Canada include major international fixtures such as BBYO, Bnei Akiva, and Betar. Young Judea Canada is also a part of a wider international group, focusing on instilling a sense of Jewish tradition, pride, and connection to Israel through education, activities, and events. In terms of a Canadian-based youth groups, NCSY Canada utilizes innovative social and recreational activities to encourage Jewish literacy in youths and foster a sense of Jewish identity and connection to Israel.

There are numerous Jewish media outlets, including about twenty newspapers and journals published by the Canadian Jewish community. This includes the Canadian Jewish News, the Jewish Tribune, and Outlook – an independent, secular magazine. CJRS, or Radio Shalom, features several hours of Jewish programming in English and French.

Synagogues of various streams – notably the Spanish and Portuguese Synagogue of Montreal and Holy Blossom Temple in Toronto – are located throughout Canada and constitute notable sites of interest. There are also numerous Jewish museums, such as the Jewish Canadian Military Museum and the Jewish Museum & Archives of BC, which contains extensive documentation of Jewish life in British Columbia as well as various exhibits.

Canada and Israel have full diplomatic relations. This is manifest in the high level of cooperation between the countries in regards to trade and regular correspondence.