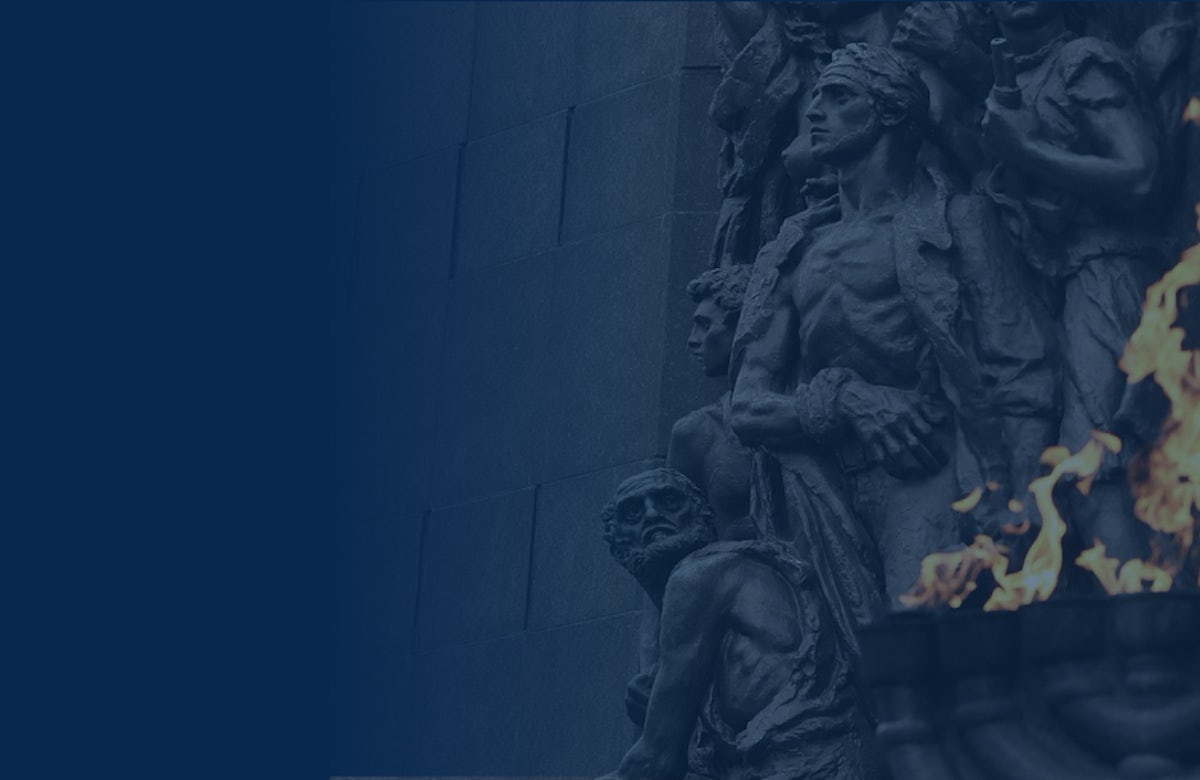 Prime Minister Persson was inspired to create the organization, as well as a domestic Swedish initiative, following his trip to the Neuengamme concentration camp in Hamburg, Germany, coinciding with an increased doubt among Swedes that the Holocaust occurred.

Persson selected Director-General of the Swedish Foreign Office Ulf Hjertonsson to oversee the initial steps of the organization’s formation. On 7 May 1998, delegations from the United States, the United Kingdom, and Sweden - led by President Bill Clinton, Prime Minister Tony Blair, and Prime Minister Persson, respectively - established the international organization during a meeting in Stockholm.

At the conclusion of the May 1998 meeting, the delegation agreed to "collaborate closely with NGOs and others active in disseminating knowledge about the Holocaust" as well as to "focus international cooperation on Holocaust educational activities, public activities, testimonies of survivors, to find proper ways to reach out to young people, to launch a global survey on Holocaust education to be presented in national reports and cooperation on how to use the Internet in connection with these activities."

Later that year, Germany, Israel, and Poland also joined the organization, followed by the Netherlands, Poland, France, and Italy joining as well in 1999.

Following the meeting, Persson proposed creating a large international forum of interested governments to discuss Holocaust education. Overseeing the planning of the forum was a Swedish governmental committee, as well as Israeli historian and scholar of the Holocaust Yehuda Bauer, who was invited to serve as the committee’s academic head. The forum convened for several days in late January 2000, notably on 27 January, the 55th anniversary of the Liberation of Auschwitz. Twenty-three Heads of States as well 14 Deputy Prime Ministers attended the forum, a notable increase in international participation.

The participants selected professor and Nobel Prize laureate Elie Wiesel as the Honorary Chairman of the conference. During his keynote address at the conference, Prime Minister Persson explained, “It happened once. It should not have happened but it did. It must not happen again, but it could.”

At the conference, participatory countries unanimously adopted the Stockholm Declaration, which outlined principles to “inspire and guide the peoples of the world in the preservation and enhancement of the human environment.” This declaration would become known as the founding document and mission statement of the organization.

The declaration consists of eight short paragraphs obligating the now 34 member countries of the IHRA to engage in Holocaust education, remembrance, and research. The Declaration, as well as additional obligations, would be reaffirmed 20 years later, on 19 January 2020, with the adoption of the 2020 IHRA Ministerial Declaration.

Since the monumental Stockholm Forum in 2000, the IHRA’s membership has grown to 34 member countries, 1 liaison country, 7 observer countries and 8 international permanent partner organizations. All IHRA members undergo a peer-review via a country reporting mechanism every seven years to evaluate their compliance with the Stockholm Declaration and other IHRA commitments.

Each country has delegates which represent relevant government ministries, and academic institutions (Holocaust museums and memorials, and civil society, inter alia.). Twice a year, all IHRA delegates come together for the IHRA plenary meetings. The forum thus constitutes a unique setting in which officials and experts from around the world can come together, explore collaborative projects, and exchange ideas and best practices regarding Holocaust education.

The Presidency of the IHRA is held by a different member country every year. The chairing country hosts the IHRA’s plenary meetings, where the IHRA’s decision-making body – known as the Plenary – traditionally makes public comments on significant developments regarding Holocaust education and the fight against antisemitism. Recent Presidencies have included Switzerland (2017), Italy (2018) and Luxembourg (2019).

Germany assumed the Presidency of the IHRA in March 2020, with Ambassador Michaela Küchler, the German Foreign Office’s Special Commissioner for Relations with Jewish Organizations, Holocaust Remembrance, Antisemitism, and International Affairs Relating to Sinti and Roma, heading the team.

In remarks at the official handover ceremony at the House of Representatives in Berlin, Ambassador Küchler emphasized that Holocaust remembrance “has no end... We will preserve the memory of the victims and survivors forever. We will do everything we can to ensure that the legacy of the murdered men, women, and children remains inscribed in the memory of humanity.” Upcoming Presidencies include Greece (2021) and Sweden (2020).

A guide to understanding antisemitism