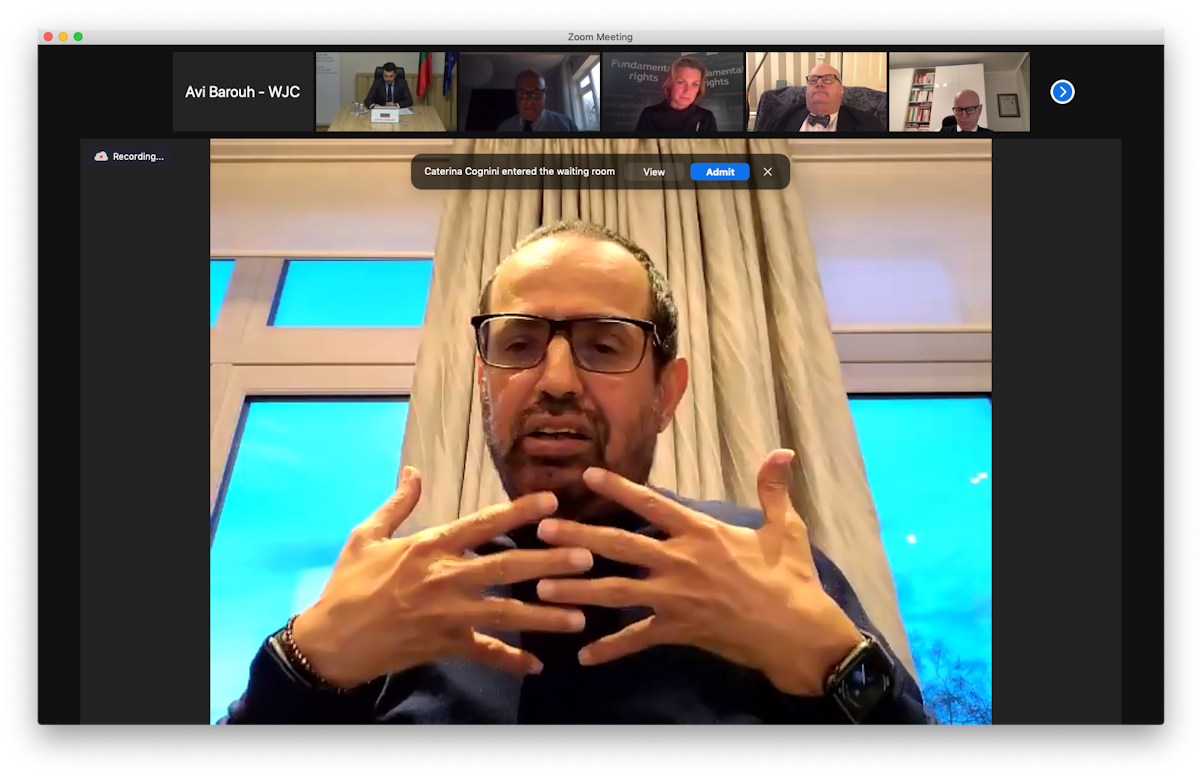 The World Jewish Congress reconvened its forum for Special Envoys & Coordinators Combating Antisemitism (SECCA) last Thursday, in continuation of the forum’s exchange of best practices to confront and reduce antisemitism worldwide. In attendance were dozens of officials from national governments and international organizations.

The forum meeting was co-chaired by European Commission Coordinator on Combating Antisemitism Katharina von Schnurbein and WJC Executive Vice President Maram Stern. Stern opened the forum stressing the importance of coordination, collaboration and identified Facebook’s recent decision to remove Holocaust denial content from its online platforms, as an example of this success. In his remarks, Stern called for participants to “strive to build upon this momentum and continue working together to eradicate all hate speech—and we should replicate this development in the other areas of our shared struggle.”

Raya Kalenova, European Jewish Congress Executive Vice-President, discussed the state of many European countries during the coronavirus pandemic, noting that many Jewish communities have reentered lockdowns. She noted that, unfortunately, the pandemic has resulted not only in an increase of "the supply of online hate, but also in an increase in the demand for it."

Karin Wallensteen, State Secretary to Sweden’s Prime Minister Stefan Löfven, delivered an impassioned plea on the imperative to fight antisemitism, especially in the era of COVID-19, saying, “We continue to see attacks against synagogues and rabbis, against adults, against children, and on the streets, as well as online in Sweden and all over the world. We see an increase in Holocaust denial and Holocaust distortion and the COVID 19 pandemic has been no exception…. This must never be accepted. It's a responsibility for society as a whole, and it's a threat to democracy itself.”

Petra Mårselius, Head of Secretariat for the Malmö Forum, joined the meeting to update participants on the status of the planned 2021 Malmö Forum, which was previously canceled due to the coronavirus pandemic. She noted that participatory countries and organizations will present pledges related to concrete steps for new initiatives to combat antisemitism due to the coronavirus pandemic.

Addressing SECCA, Under-Secretary-General Moratinos spoke about the importance of monitoring and reporting antisemitic incidents. Moratinos also highlighted the need for countries to adopt the IHRA working definition of antisemitism and for the international community to engage with social media companies to remove antisemitic content from their platforms, saying “stemming out antisemitism requires a holistic and growing approach.”

Speaking from Dubai, Dr. Al Nuaimi discussed the United Arab Emirates normalization agreement with Israel and the UAE’s unique approach to tolerance, saying, “We were fortunate to have the right leadership.” Al Nuaimi added that the UAE “knows that diversity is a source of strength and not a threat.” He relayed that normalization agreement should be compared to Israeli peace deals with Jordan or  Egypt. It is not a political treaty, but rather “a treaty to bring two peoples and cultures together in the public sector” and a platform to “promote peace, not only in the region, but also around the world.”