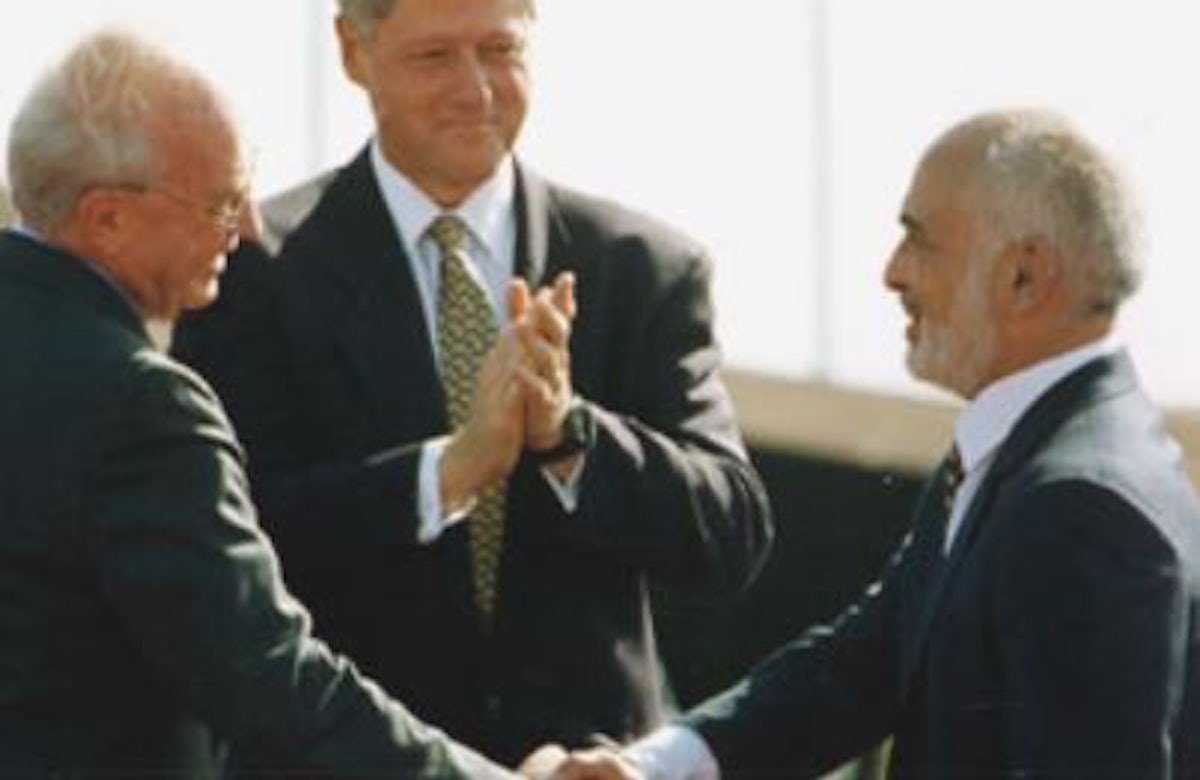 The ceremony took place in the presence of world leaders including United States President Bill Clinton and was sealed with a formal handshake between Israeli President Ezer Weizman and Jordanian King Hussein.

Following the signing of the treaty, Rabin noted, “for nearly two generations, desolation pervaded the heart of our two peoples. The time has now come not merely to dream of a better future - but to realize it.”

Discussions for the peace agreement began in 1994, shortly after the Oslo Accords, with encouragement from Egypt and pressure from the United States. On 25 July 1994, Clinton, Hussein, and Rabin signed the Washington Declaration, which formally ended the 46-year state of war between Jordan and Israel and affirmed the start of negotiations and the determination to bring “an end to bloodshed and sorrow”, as well as the “achievement of just, lasting and comprehensive peace.” Under the terms of the declaration agreement “rightful allocations” were to be made for either side of the Jordan River to preserve access to water. The agreement also ensured Israel’s respect of Jordan’s “special role” with regard to Muslim holy shrines, agreement

While Jordan and Israel maintain a cold peace, the two countries have partnered on a number of important issues, specifically with respect the region’s water shortage and energy development.