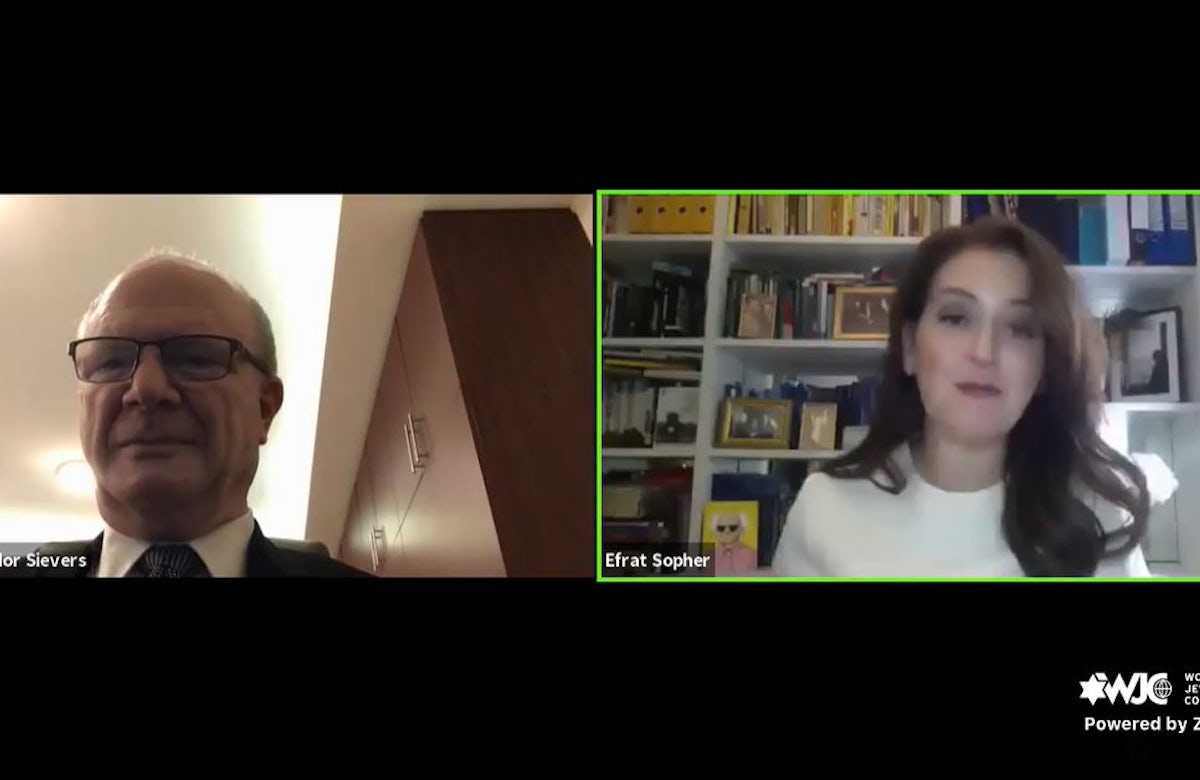 The World Jewish Congress hosted former Ambassador of the United States to the Sultanate of Oman Marc J. Sievers earlier this month as part of the WJC WebTalk series, to discuss the ever-changing geopolitics of the Middle East. The conversation, which was moderated by WJC Jewish Diplomatic Corps member Efrat Sopher, took place in the wake of the UAE and Bahrain’s normalization agreements with Israel, and only days before Sudan and Israel moved to normalize relations as well.

Ambassador Sievers has nearly 40 years of experience as an American diplomat, having served in several postings across the world, including in Egypt, Iraq, Israel, and Saudi Arabia, among other countries in the Middle East.

The conversation began with Ambassador Sievers briefly recapping the geopolitical situation of the Middle East 20 years ago. Sievers discussed how 9/11 dramatically changed the elevation of counterterrorism, “disrupted” America’s relationship with the Arab world, and ushered in the war on terror. Sievers also briefly discussed what he described as the unintended consequences of the Iraq war, including, the “spread of Iranian influence through Iraq.”

During the conversation, Ambassador Sievers reflected on the recent normalizations deals with Bahrain, the United Arab Emirates and Israel, noting that the deals are the “culmination of years of effort” of Jewish groups and diplomats. Sievers speculated that while the Omani Ambassador attended the signing ceremony at the White House and the country has largely been supportive of the agreement it still may take some time for Oman to normalize relations with Israel, since they value “their independence” and are outspoken supporters of a two-state solution.

Ambassador Sievers noted that he believes a key distinction between the peace agreements with Egypt and Jordan and the normalization deals with Bahrain and the United Arab Emirate is that peace deals of Jordan and Egypt were largely limited to the government. However, the economic opportunity with the normalization agreements is considerably more comprehensive.

Ambassador Sievers concluded the WebTalk by saying he hopes the Palestinians would recognize the changing political situation of the Middle East and come to the peace table to negotiate a solution to the Palestinian-Israeli conflict.