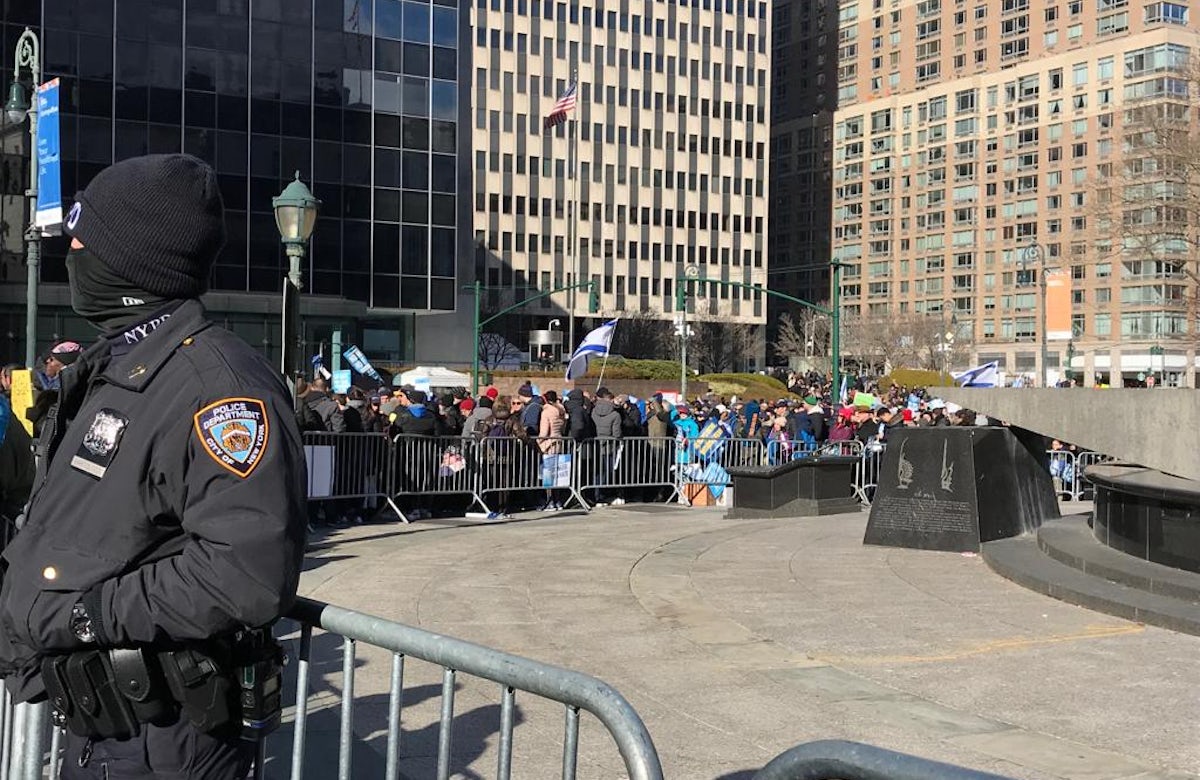 NEW YORK – The World Jewish Congress proudly joined an estimated 25,000 people on Sunday at Foley Square in Lower Manhattan to stand strong in the face of hate and speak out against the recent surge in antisemitic incidents and violence in the United States and the rest of the world.

The WJC thanks all of New York’s elected officials who showed up in solidarity with the Jewish people to say #NoHateNoFear and praises the action undertaken by the Jewish community of Greater to New York to take to the streets in demonstration.

Thousands of people standing strong against hate. Thank you to all of New York’s elected officials who showed up in solidarity with the Jewish people. #NoHateNoFear pic.twitter.com/Sbmejl5poR

The rally, organized by the Jewish Community Relations Council and the UJA-Federation of New York and partner organizations, marched from Foley Square over the Brooklyn Bridge, culminating in a rally in Columbus Park.

The organizers had urged New Yorkers of all backgrounds to join in the rally and stand united against hatred with the message: “The 1.5 million Jews of our great city and region will not stand down. We will not be intimidated.”

Supporting organizations include the World Jewish Congress American Section, the New York Board of Rabbis, and the Anti-Defamation League of New York/New Jersey, among many others, reflecting profound community-wide concern.

More than a dozen antisemitic attacks have been recorded in the New York area since December 8, including the deadly shooting at a kosher supermarket in Jersey City which claimed the lives of five innocent people, and a brutal machete attack at the home-synagogue of the Rabbi Chaim Rottenberg Shul in Monsey, New York on the seventh night of Hanukkah.

Mayor Bill de Blasio announced last Sunday that he was ordering increased NYPD patrols to contend with the heightened surge of incidents in New York City. Governor Andrew Cuomo ordered the New York State Police to increase patrols at synagogues and other religious centers across the state, and the State Police Hate Crimes Task Force to investigate the cases.

Hundreds of people also gathered in Jerusalem on Sunday outside of the Jewish Agency for Israel’s offices a rally of solidarity and send an unambiguous message of support to the Jewish community in the United States following the recent attacks.  The crowd chanted “Am Yisrael Chai,” and sang about strength and faith, carrying Hebrew-language signs that read “No hate, no fear” and “Love Your Neighbor as You Love Yourself.” The rally concluded with Israel’s national anthem, Hatikvah.