Amid surge of antisemitism over Hanukkah, WJC takes to social media to #SpreadLight - World Jewish Congress

Amid surge of antisemitism over Hanukkah, WJC takes to social media to #SpreadLight 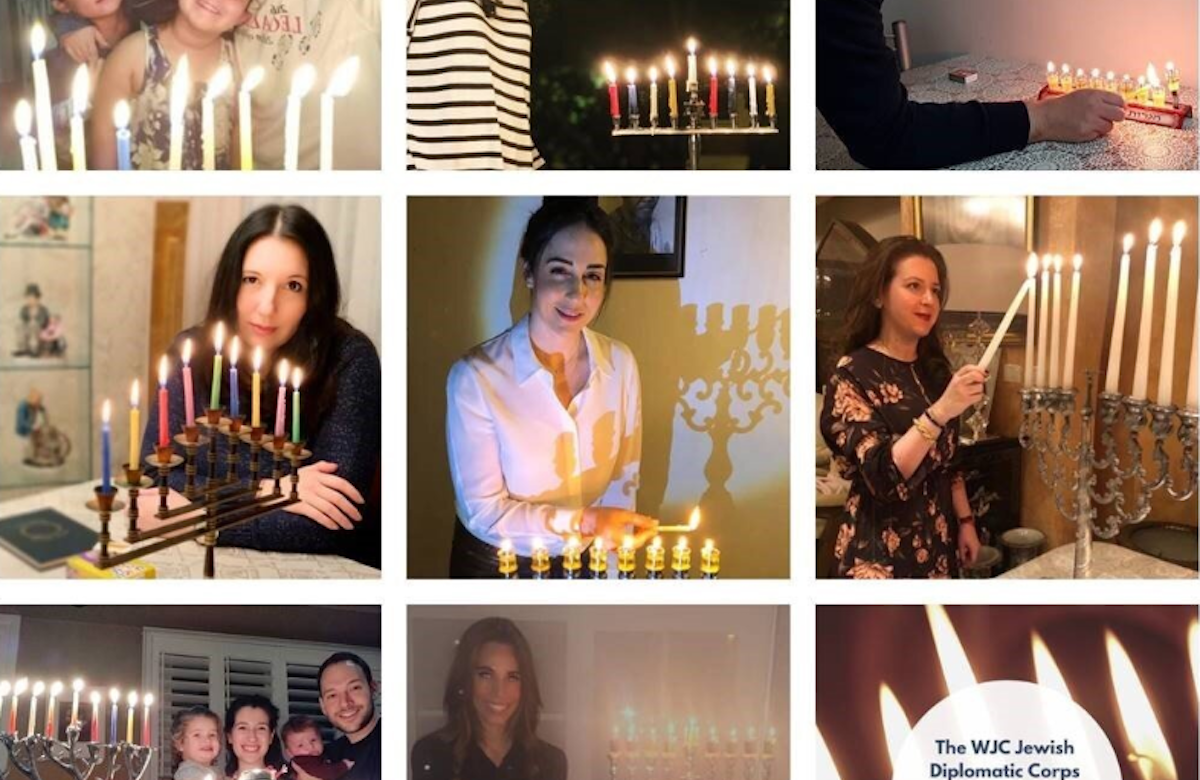 Implementing an immediate, visible act to show unity and resolve, Jewish Diplomats all around the world lit Hanukkah candles on the eighth night of the holiday both privately in their homes and publicly across social media feeds, choosing to #SpreadLight proudly and broadly, rather than to hide in the shadows.

The Jewish Diplomats are an elite cadre of 300 young Jewish professionals from more than 50 countries, who work with the WJC under the leadership of President Ronald S. Lauder on a volunteer basis to enhance its diplomatic efforts and outreach.

As I light #Hanukkah candles tonight, thoughts are with the New York Jewish community after a spate of antisemitic violence & with Jews in London after racist daubings right here in Camden. As part of @WorldJewishCong Jewish Diplomatic Corps, I say: Reject darkness, #SpreadLight pic.twitter.com/8twHe9b1An

#SpreadLight: As all 8 #Hanukkah candles were lit tonight by Jews worldwide, may the light also today overcome darkness. As member of the Jewish Diplomatic Corps of the @WorldJewishCong, my thoughts are with the Jewish community of #NewYork following the attacks against Jews pic.twitter.com/nIDZQHOcZs