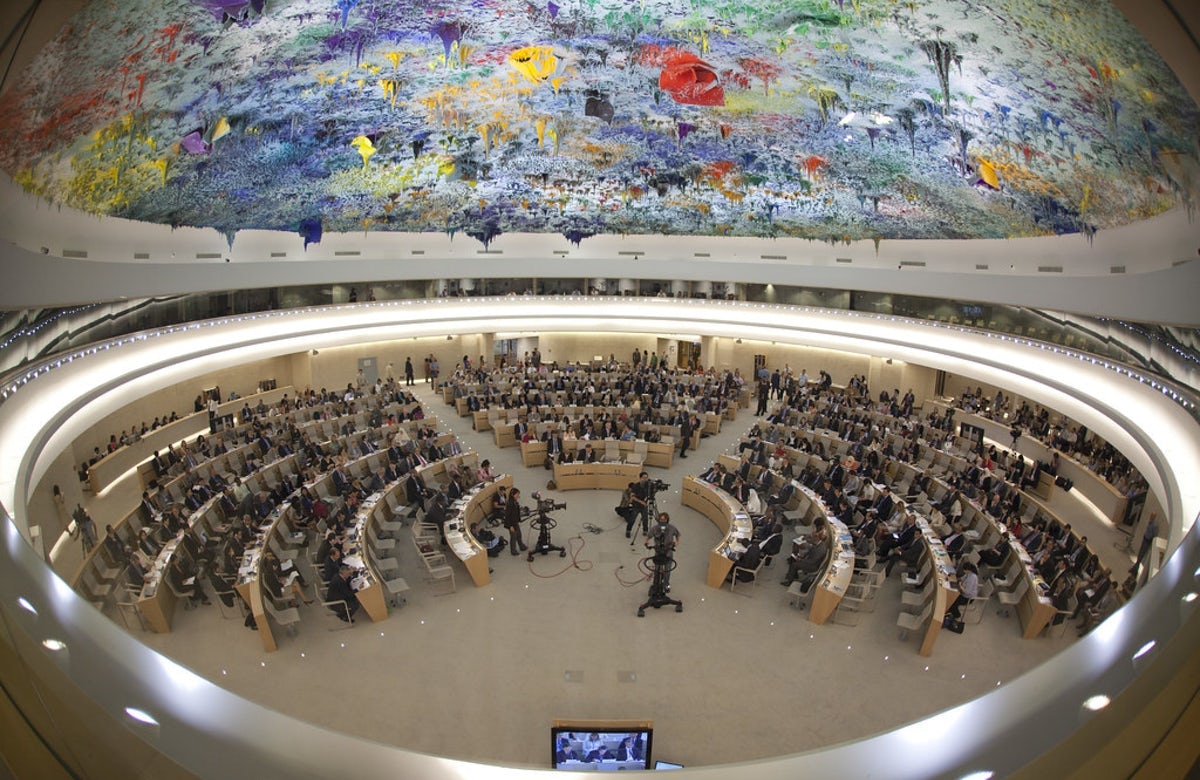 GENEVA - Representatives of the World Jewish Congress took the floor of the United Nations Human Rights Council (UNHRC) in Geneva in recent weeks for its 46th session to advocate for the rights of minorities across the globe, the dangerous spread of hate speech and xenophobia worldwide, decry the Council’s anti-Israel bias, as well as bring attention to the surge in antisemitism. The UNHRC, which holds three such sessions each year – in March, June, and September – held a combination of virtual and in-person sessions. The WJC delivered ten statements on the floor of the Council and held several diplomatic meetings with the Ambassadors of the Human Rights Council’s Member States.

The WJC has been actively engaged for many years with the UN and its affiliated agencies, both in Geneva and New York, including several diplomatic missions, other civil society organizations, and the Council. Since 2015, the World Jewish Congress has given over 100 statements at the UNHRC in Geneva.

On 12 March, the WJC represented by WJC Jewish Diplomatic Corps Member Marie-Sarah Seeberger, became the first Jewish organization to participate at a United Nations Human Rights Council panel. The panel, chaired by H.E. Ms. Nazhat Shameem Khan, President of the Human Rights Council, commemorated the International Day for the Elimination of Racial Discrimination, and assessed the role of the youth in combating racial discrimination, as well as the intersecting forms of intolerance.

In her remarks, Seeberger, who also serves as the Representative Council of Jews of France’s (Crif) Communication and Editorial manager, stressed the importance of interfaith cooperation in educating about different forms of discrimination, adding that “antisemitism, much like racism, should not be considered an issue that only impacts minorities.” Seeberger called on the Council to continue its support of diversity programs, noting that it is a critical way for communities to unify and combat racial discrimination.

In addition to the statements delivered, the WJC hosted two side events, and became the first Jewish organization to participate in an official UNHRC panel.

Combating Antisemitism to Advance Human Rights for All

On 25 February, the WJC together with the Permanent Mission of Canada to the UN in Geneva, held a side event entitled, Combating Antisemitism to Advance Human Rights for All, focusing on the rise of antisemitism and promoting a human rights-based approach to addressing discrimination and intolerance. The event was also supported by the Permanent Missions of the EU and Israel and featured remarks from Canadian Minister of Foreign Affairs Marc Garneau,  Israeli Ambassador Noam Katz,  EU Special Representative for Human Rights Eamon Gilmore, Co-Founder & Executive Director of Base Hillel Berlin Rabbi Rebecca Blady, UN Special Rapporteur on Freedom of Religion or Belief Dr. Ahmed Shaheed, Canada’s Special Envoy on Preserving Holocaust Remembrance & Combatting Antisemitism Prof. Irwin Cotler, Australia’s Deputy Permanent Representative to the UN in Geneva Ambassador Jeff Roach, General Director for Global Affairs at the Ministry of Foreign Affairs of Bulgaria Uliana Bogdanska, Chargé d’affairs of the U.S. Mission to the UN Mark Cassayre and several others.

The Spread of Conspiracy Myths Online: What are the Implications for Human Rights