WJC cosponsors UNHRC side event on rise of antisemitism 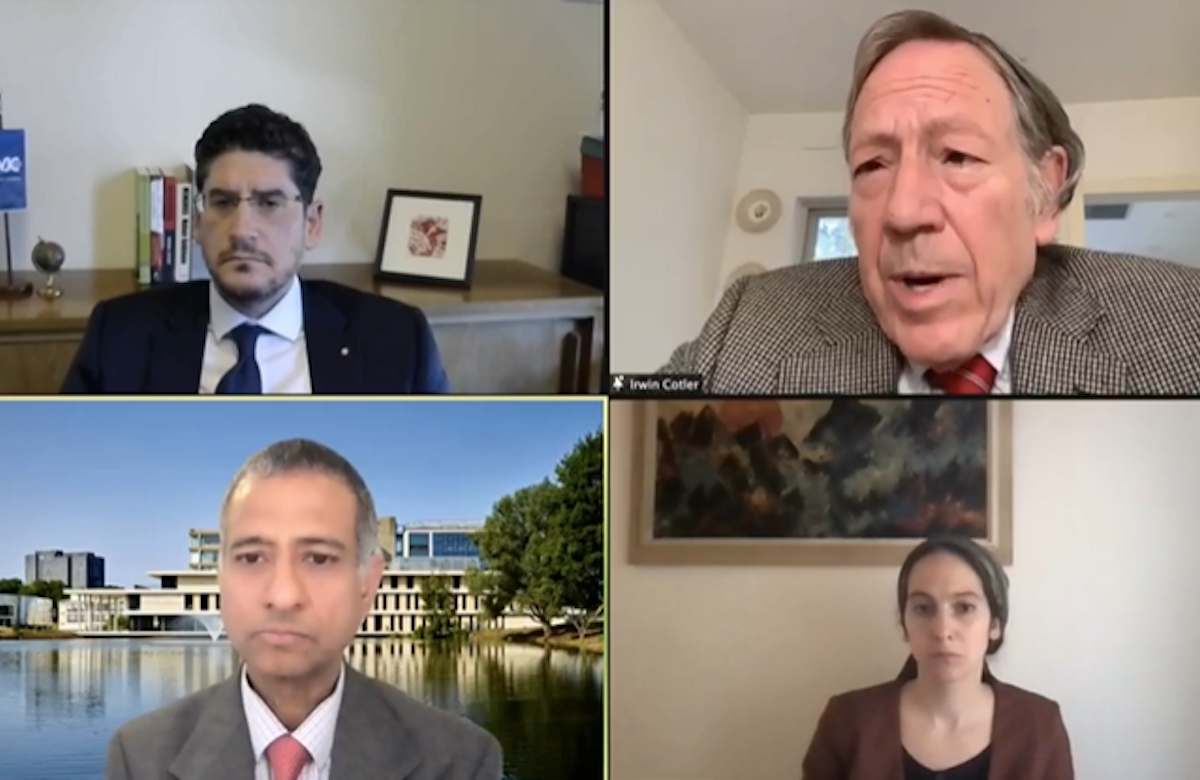 The World Jewish Congress, together with the Permanent Mission of Canada to the UN in Geneva, held a side event entitled, Combating Antisemitism to Advance Human Rights for All, during the 46th session of the United Nations Humans Rights Council on Wednesday focusing on the rise of antisemitism and promoting a human rights-based approach to addressing discrimination and intolerance. The event was also supported by the Permanent Missions of the EU and Israel.

In a video message Canadian Minister of Foreign Affairs Marc Garneau, described the recent vandalization of the Shaar Hashomayim synagogue in Canada as a “senseless act of hate [that] has no place in our societies,” and called for authorities to remain vigilant in the fight against antisemitism and bigotry. Noting that there has been increased engagement and resources put towards combating antisemitism, Garneau lamented that “we have more to do,” adding that “it is important to sustain the conversation at the United Nations Human Rights Council and other UN bodies.”

Speaking on behalf of Israeli Minister of Foreign Affairs Gabi Ashkenazi, Ambassador Noam Katz, Senior Deputy Director General of Israel’s Ministry of Foreign Affairs, said that contemporary antisemitism is “a complex, shape shifting phenomenon which never quite disappeared,” adding that it is often “dressed in camouflage and customed in terms of humans rights and justice, but if you listen well, you know very clearly what you are hearing." Concluding his remarks, Katz bemoaned that antisemitism “proliferates worldwide, they exist both on the left and right side of the ideological spectrum, it could be found among rich and poor, high or less educated, religious or secular people.”

Eamon Gilmore, EU Special Representative for Human Rights, added that the rise of antisemitism and bigotry across the world has been exacerbated by the COVID-19 pandemic and that to properly combat its rise a “holistic response is needed” and “multilateral action is vital.” Gilmore pledged that the “EU will continue to work with all UN member states within the UN, including UN agencies, to combat discrimination, violent extremism, promote freedom of religion or belief, and protect historic religious sites.” He concluded his remarks by saying that EU will continue to fund education programs that promote tolerance and human rights, calling such program essential to “fostering human rights and to countering the roots of hatred and discrimination.”

Rabbi Blady, a descendent of Holocaust Survivors, spoke about her story of survival during the attempted attack on the Halle Synagogue on Yom Kippur in 2019, saying while the experience was traumatic, “I refuse to allow a traumatic past to define my future.” She noted that the fight against antisemitism is more than just combatting Jew hatred, but also “[advancing] human rights for all.”

Dr. Shaheed outlined his groundbreaking report on antisemitism, which was prepared with significant contribution by the WJC. He noted that the report stressed the importance of countries adopting the IHRA working definition of antisemitism, adding that while a lot of work is still needed, he is pleased that a rising number of countries have accepted the definition. Shaheed voiced concern of the amount of antisemitic conspiracy myths, scapegoating and hatred that was tied up in the pandemic, calling it “shocking and alarming.” Lastly, he called to roll back trends that threaten the freedom to exercise one’s religion, such as efforts to ban religious slaughter or male circumcision.

Professor Cotler opened his remarks, saying he was delighted to join with his fellow panelists in “the common cause in combating racism, hatred and the oldest, most enduring, most toxic and most lethal of hatreds, the pandemic of antisemitism.” Cotler proceeded to outline what he called “classical antisemitism,” describing it as “discrimination against, denial of, assault upon the rights of Jews to live with equal members in whatever society they inhabit,” as well as what he called the “new antisemitism,” which he described as “discrimination against, denial of, assault upon the rights of Israel and the Jewish people to live as an equal member of the family of nations.” Cotler concluded his remarks, outlining ten points in an action plan to combat the rise of antisemitism.

During the Q&A session, a number of representatives of diplomatic missions and civil society organizations took the floor to make statements and ask questions to the panel. Ambassador Jeff Roach, the Deputy Chief of Mission of the Australian Mission to the UN in Geneva, opened his remarks quoting Australia’s Foreign Minister Marise Payne saying “antisemitism is one of the most insidious forms of gross human rights abuse. Defeating it continues to be integral to Australia’s human rights agenda.”

Mrs. Uliana Bogdanska, General Director for Global Affairs at the Ministry of Foreign Affairs of Bulgaria, noted that the threat of antisemitism isn't only a problem for the Jewish community, but “a threat to all of us as it undermines the democratic values we all believe in.” She noted that the COVID-19 pandemic has made combating antisemitism increasingly difficult as it has fueled “uncertainty and anxiety across the globe.”

Mr. Mark Cassayre, Charge d’affairs of the U.S. Mission to the UN, said that the threat of antisemitism requires an urgent response.

The representative of the Media Diversity Institute, Eline Jeanne, asked the panelists what improvement they would see fit for civil society institutions in the fight against antisemitism.

Ambassador Hans-Peter Jugel of the Mission of Germany spoke about the efforts Germany has undertaken to fight antisemitism, such as the celebration of 1700 years of Jewish life in Germany and a special global taskforce against Holocaust distortion. He reminded the audience of the 2020 Council of the European Union declaration on mainstreaming the fight against antisemitism, adopted during the German EU presidency.

Ambassador Federico Villegas of the Mission of Argentina stated that antisemitism is a serious human rights violation which requires the whole international community to combat.

Mr. Thiseas Poullos, representative of the Mission of Greece and incoming chair of IHRA, stressed the need for legislation against online and offline hate speech.

Some of the important recommendations that members of the recommended included: