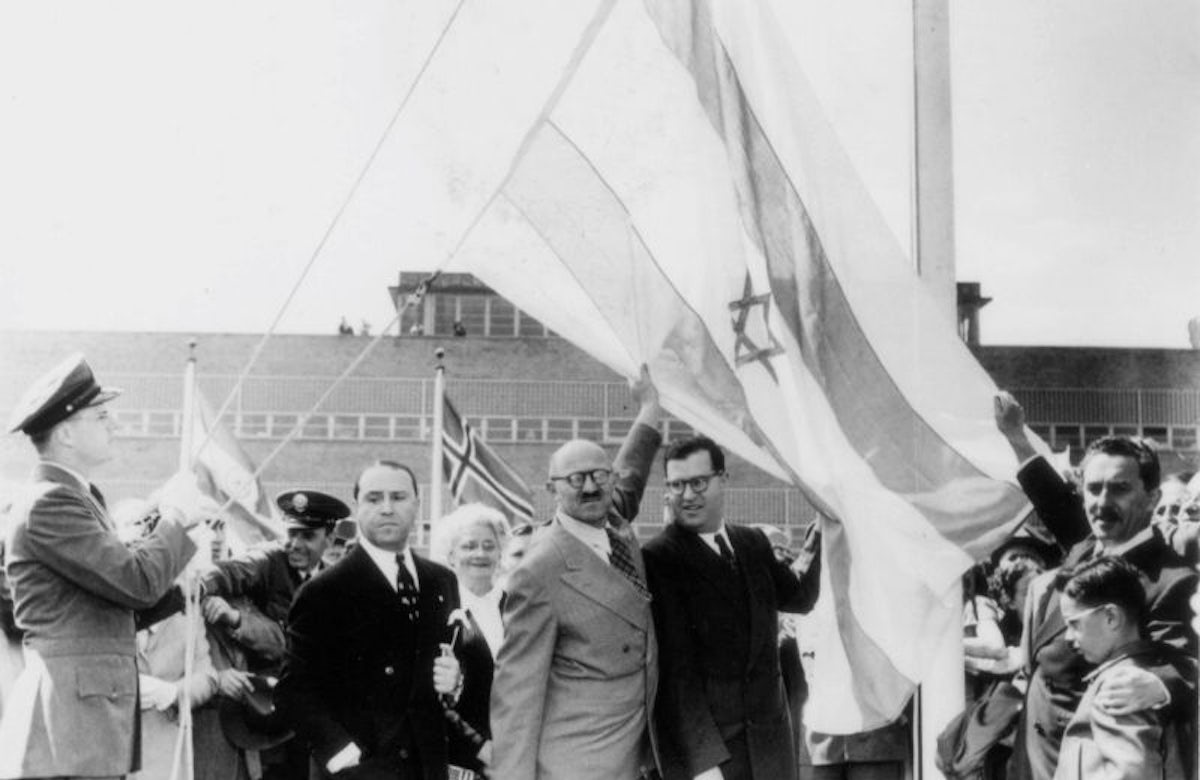 On 29 November 1947, the United Nations General Assembly adopted the so-called Partition Plan (Resolution 181) calling for the division of Mandatory Palestine into Jewish and Arab states.

Almost from the outset of British rule in Palestine after World War I, tensions steadily increased between Arabs and Jews, culminating in outbreaks of violence such as the 1929 Hebron Massacre and the 1936–1939 Arab revolt in Palestine. After World War II, with the Mandatory Palestine spiraling in violence, the UK referred the question of Palestine to the United Nations, which created an inquiry committee - UN Special Committee on Palestine (UNSCOP) - tasked with proposing a solution.

UNSCOP issued a report recommending that Palestine be bisected into two states, one Arab and one Jewish, with Jerusalem to be a “corpus separatum,” or “separate entity.” The countries’ borders would be drawn based on Arab and Jewish population centers.

While Zionist leaders and the Jewish community accepted the Partition Plan, Arab leaders rejected it outright. Several months ahead of the vote on the resolution, Arab League Secretary Azzam Pasha told Jewish Agency representatives David Horowitz and Abba Eban that Palestinians would reject the United Nations proposal: “The Arab world is not in a compromising mood. It's likely, Mr. Horowitz, that your plan is rational and logical, but the fate of nations is not decided by rational logic. Nations never concede; they fight. You won't get anything by peaceful means or compromise.... We shall try to defeat you.”

On 29 November 1947, Jews from around the world rushed to their radios to listen to the crucial United Nations General Assembly vote. In the end, the resolution was adopted by a vote of 33 to 13, with 10 abstentions.

Arab leaders reiterated their disdain for the resolution, arguing that giving any land to Jews was wrong and that Palestine was a wholly Arab territory. They complained that the division of the territory favored the Jews and questioned the right of the UN to divide the territory.

Immediately after the vote, thousands of Israelis wept tears of joy and danced in the streets until sunrise. While thrilled with the outcome of the vote, Israeli founding father and future Prime Minister David Ben-Gurion issued a more measured response, saying, "I could not dance. I knew we faced war, and that in it we will lose the best of our youth."

Sadly, Ben-Gurion's prediction was proven correct, and casualties on both sides were sustained even before Britain evacuated the territory. When Israel declared statehood on 14 May 1948, Arab armies attacked invaded the country. While the nascent Jewish State would eventually win the war, it was not before thousands of Jewish soldiers and civilians would be killed or injured.  The Palestinian Arabs failed to create their own state and much of the territory allotted to them by the United Nations was occupied by Jordan and Egypt, or incorporated into the Jewish State.