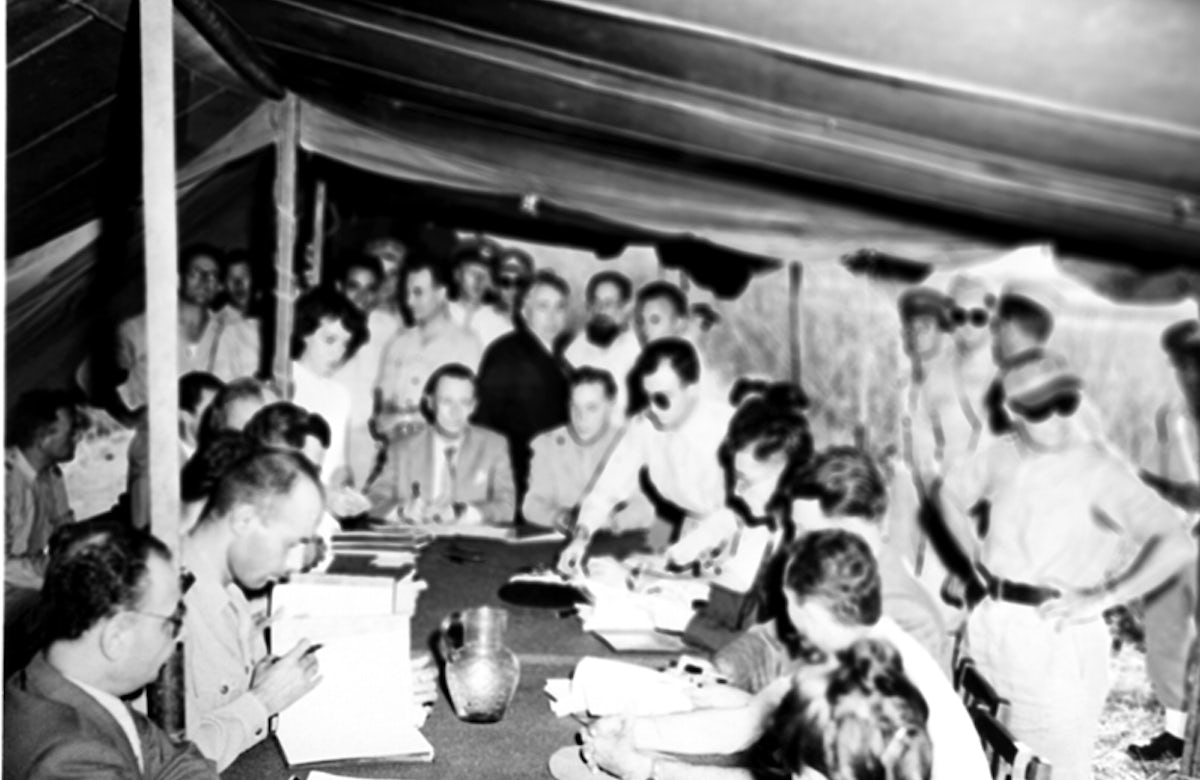 On 20 July 1949, Israel’s 19-month War of Independence officially ended after signing an armistice agreement with Syria. With over 6,000 dead and 15,000 wounded, this was the bloodiest war in Israeli history.

The war has begun after the United Nations General Assembly’s adoption on 29 November 1947 of the Partition Plan, which called for Great Britain’s former Palestinian mandate to be divided into a Jewish state and an Arab state. While the Israelis accepted the resolution, the Palestinian Arabs and surrounding Arab states regarded the resolution as unfavorable to their own populations and rejected it.

Violence erupted following passage of the resolution. While there were still approximately 100,000 British troops stationed in the territory, they did little to ease the violence because their policy was to not interfere unless British forces or facilities were at risk.

After Israel declared its independence on 14 May 1948, fighting intensified when Lebanon, Syria, Iraq, and Egypt joined the Palestinian Arabs in attacking territory in Israel. The war was fought mostly along Israel's borders: Lebanon and Syria from the north, Iraq and Transjordan (renamed Jordan during the war) from the east, and Egypt from the south, while Palestinians and volunteers from Arab countries fought within the borders.

Over the course of 1949, Israel signed a series of armistice agreements with Egypt (February), Lebanon (March), Jordan (April) and Syria (July). While Iraq did not sign an armistice agreement with Israel, Iraqi forces withdrew from the region in March 1949.

In the agreements, Egypt and Jordan retained control over the Gaza Strip and the West Bank, respectively. The armistice lines held until 1967, when the Six Day War broke out.

Israel, having increased its territory by about 5,000 square kilometers while withstanding the invasion of several Arab armies, declared victory. More importantly, the establishment of the State of Israel was now an irreversible fact.