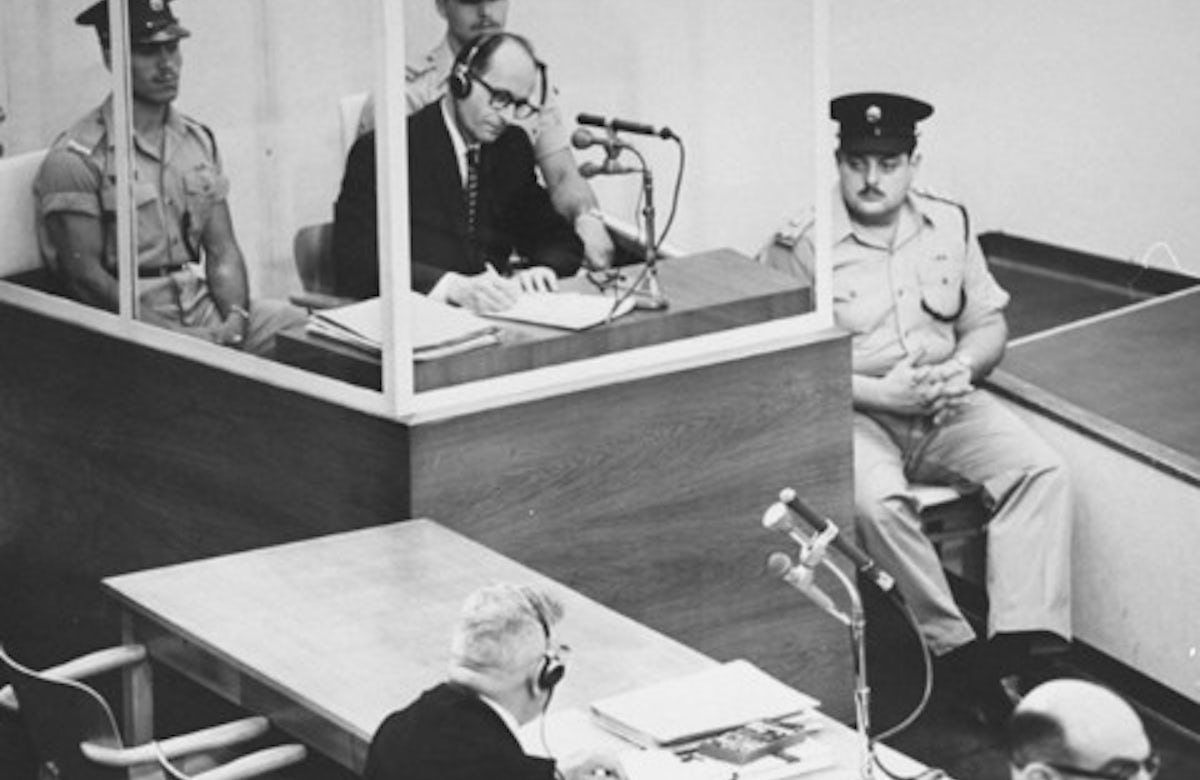 On 15 December 1961, Israel sentenced senior Nazi officer Adolf Eichmann to death for his role in orchestrating the Final Solution and the destruction of European Jewry. Eichmann was convicted on 15 counts, including crimes against humanity and crimes against the Jewish people.

Eichmann rose through the SS ranks to become lieutenant colonel and one of Hitler's top deputies. While he held several bureaucratic positions during his tenure in Nazi leadership, he is most known for organizing the logistics in deporting mass numbers of Jews throughout Europe to the Nazi death camps, and planning and executing the Final Solution to The Jewish Question.

Eichmann was detained in an American internment camp following the war but managed to escape and flee to Argentina. In May 1960, about 14 years later, Eichmann was captured in a covert Mossad mission called Operation Finale and brought back to Israel to stand trial.

While many organizations and countries were outraged by Israel's operation, Prime Minister David Ben-Gurion defended the decision, describing the trial as "our historical duty toward the six million of our brethren who were murdered."

According to American journalist and Eichmann biographer Neal Bascomb, “The purpose of catching Eichmann was clear from the beginning — one, to remind the world what the Germans did to the Jews, and two, to remind Israeli youth why the State of Israel needs to exist.”

The trial, which was one of the first of its kind to be televised, increased public awareness of the horrors of the Holocaust. While testifying from behind a protective glass booth, Eichmann argued that he was simply a German bureaucrat following government orders. He described himself as “merely a little cog in the machinery,” and later rhetorically asked "Why me? Why not the local policeman, thousands of them? Everyone killed the Jews. Why me?" In his last days of testimony, Eichmann admitted that he did not feel guilty for his involvement in organizing the transport of millions of Jews.

Unlike the Nuremberg Trials and the subsequent Nuremberg proceedings, which relied heavily on written documents, the Eichmann Trial featured the testimony of survivors and afforded them the opportunity to discuss the horrors they had seen and experienced firsthand for the whole world to see and hear. While prior to the trial Nazi crimes were well known, few who had experienced the Holocaust firsthand were comfortable publicly speaking about it. Historians often credit the trial with removing some of the shame and stigma survivors felt and inspiring thousands to share their stories openly.

Eichmann’s death sentence came several days after he was formerly convicted on 12 December. He remains the only person ever to be sentenced to death by an Israeli court.