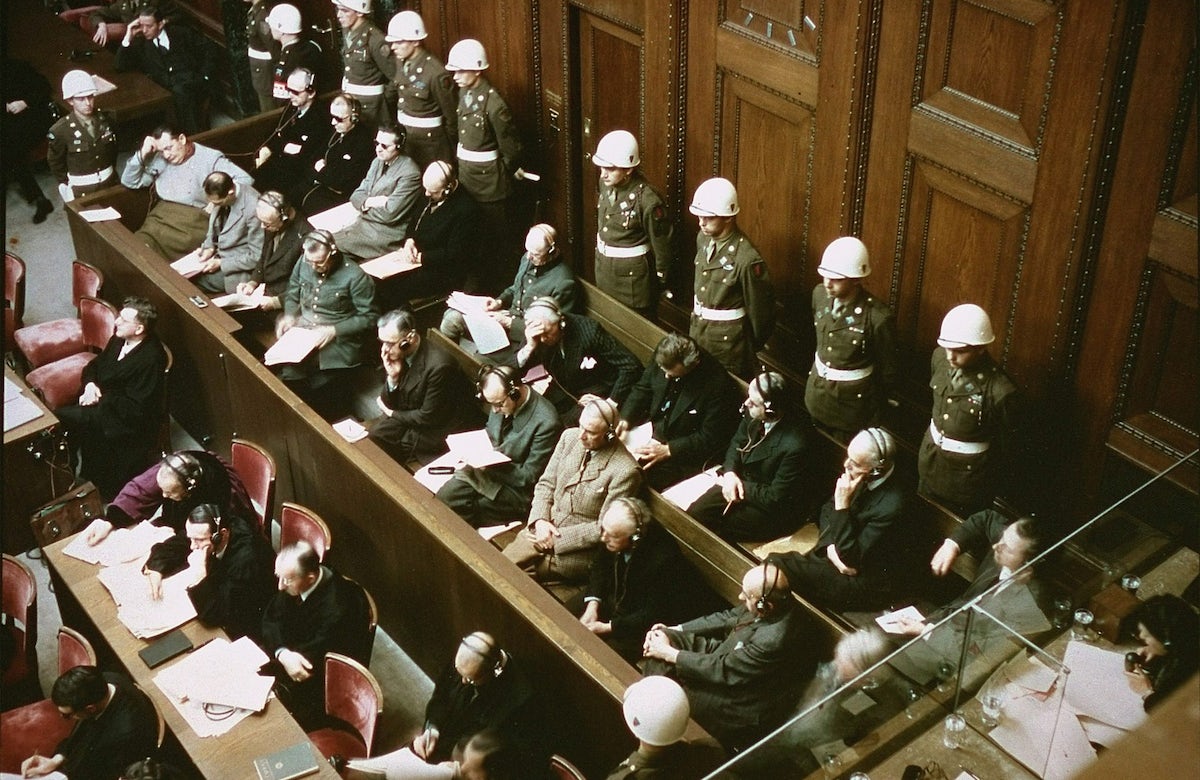 On 20 November 1945, the first of 13 international tribunals known as the Nuremberg trials began in Nuremberg, Germany. The trials aimed to bring Nazis party officials and high-ranking military members to justice for their crimes during the Holocaust.

The trials were administered by the four Allied powers: The United States, the Soviet Union, France and Great Britain. In order to convict Nazi leaders for their war crimes, the Allied Powers wrote the London Charter of the International Military Tribunal. Under the terms of the charter, each defendant was entitled to their own lawyer and each country would appoint one judge. The charter also defined the three major charges each criminal would face, namely, crimes against peace, war crimes, and crimes against humanity.

While the Nuremberg trials spanned from 1945 to 1949, most of the high-profile cases took place from 1945 to 1946. Among the 22 Nazi leaders on trial were Nazi Minister of Foreign Affairs Joachim von Ribbentrop, leader of the Gestapo Hermann Goering, head of the armed forces staff Alfred Jodl, Minister of the Interior Wilhelm Frick, and Deputy Fuhrer Rudolf Hess. Prior to the start of the tribunal, known as the Trial of the Major War Criminals, Robert Ley committed suicide while in prison prior to sentencing, and Gustav Krupp von Bohlen und Halbach was deemed mentally incompetent to stand trial.

The tribunal was a crucial opportunity to expose to the world the horrors of the Holocaust from the testimonies of survivors. The most common defense strategy used was to charge that the defendants were being charged ex post facto, meaning that the acts perpetrated were deemed criminal acts only after they had been committed.

In October 1946, the tribunal sentenced twelve of the defendants to death, three to life in prison, and four to lengthy jail terms. A little over two weeks later, ten of those sentenced would be hanged. Goering, however, committed suicide by ingesting poison on the eve of his scheduled execution, while Nazi Party leader Martin Bormann was condemned to death in absentia.

Following the Trial of Major War Criminals, there were 12 additional trials held at Nuremberg lasting from December 1946 to April 1949. These are referred to as the Subsequent Nuremberg Proceedings.

While nothing could undo the devastation of the Holocaust, the Nuremberg trials were an important step towards addressing the Nazis crimes during the Holocaust and establishing precedent for similar trials in Rwanda and the former Yugoslavia.