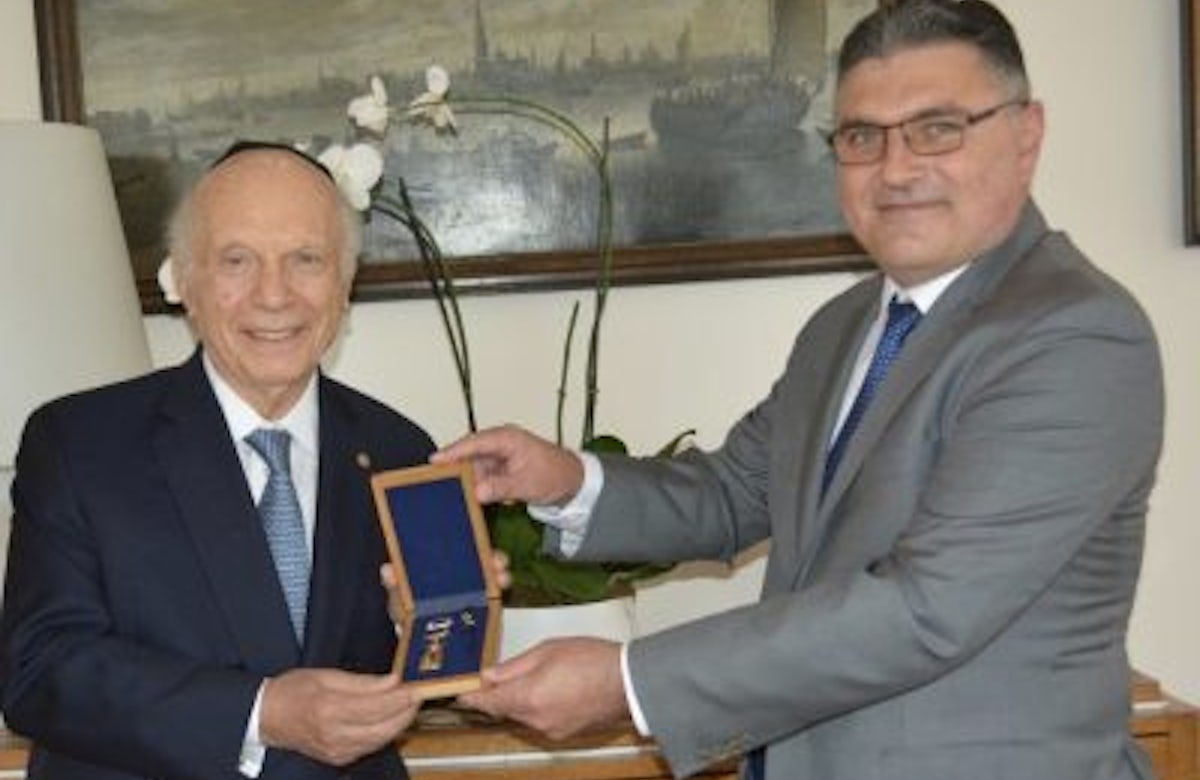 Honorary WJC Vice President Rabbi Arthur Schneier received the highest honor from the Foreign Ministry of Bulgaria, the Golden Laurel Branch, in recognition of, “his outstanding merit to the promotion of interreligious and intercultural understanding,” on 13 October. The award was presented to Rabbi Schneier by Permanent Representative of the Republic of Bulgaria to the United Nations Georgi Velikov Panayotov on behalf of Minister of Foreign Affairs, Ekaterina Zakharieva.

Schneier, who formerly served as the Vice President and Chairman of the American Section of the World Jewish Congress, currently serves as the Senior Rabbi of Park East Synagogue, as well as the President of the Appeal of Conscience Foundation, an interfaith coalition of corporate and spiritual leaders who promote peace, interreligious cooperation and ethnic conflict resolution. The foundation provided significant support to religious communities during the Communist Era, especially to Jews living in Bulgaria whom were protected by the Patriarch and the Bulgarian Orthodox Church.

During the ceremony, Schneir, whose families perished in the Auschwitz-Birkenau concentration camp, said, “[f]or me, the response of the Bulgarian people to the cry of the oppressed and not to remain silent in the face of tyranny is a role model of courage to save lives and an inspiration for others to follow.”