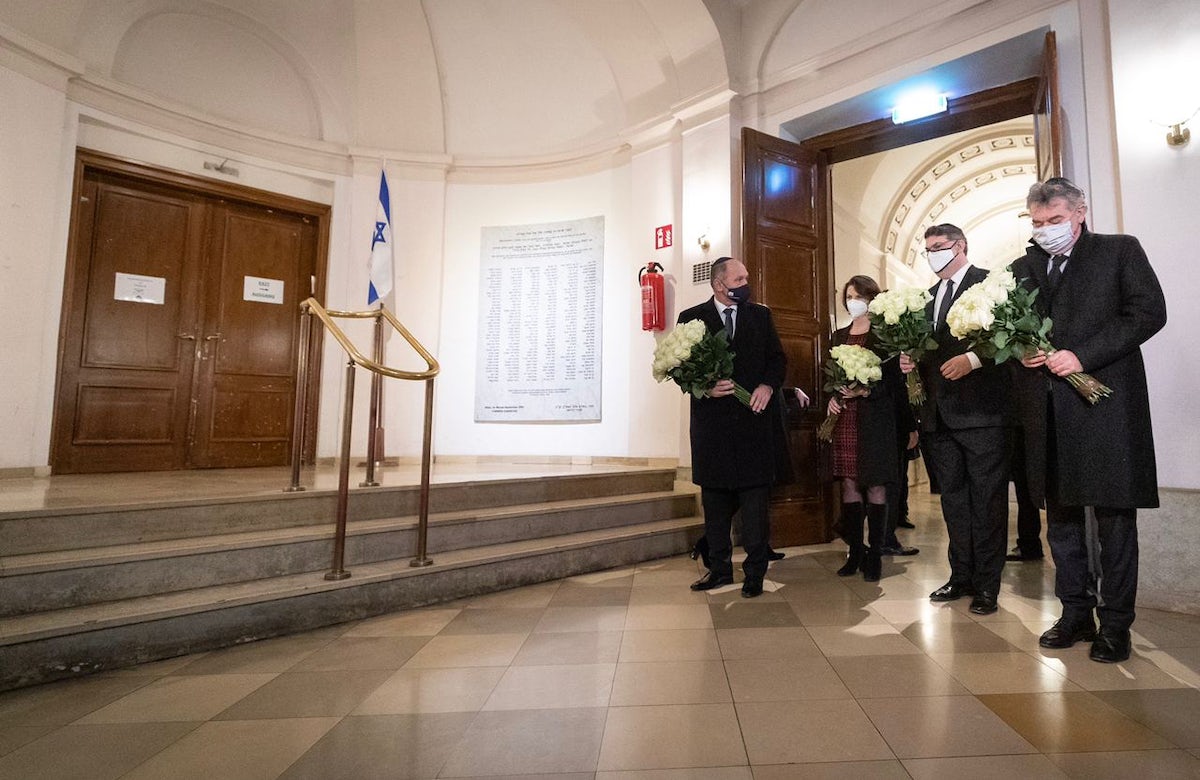 Austrian Jewish leaders and political officials gathered at the Stadttempel Synagogue on 9 November, to commemorate the 82nd anniversary of Kristallnacht. The synagogue is the only of its kind in Vienna to survive the 1938 series of pogroms, and is just meters away from where four people were killed in a terrorist attack last week.

Among those in attendance at the commemoration were President of the Austrian National Council Wolfgang Sobotka (ÖVP), Vice-Chancellor Werner Kogler, Minister for the EU constitution at the Austrian Chancellery Karoline Edtstadle, and President of the Jewish Community of Vienna (IKG) Oskar Deutsch.

Addressing the ceremony, Deutsch said, “Commemoration is a service to the future. By remembering the Shoah, we honor the victims. We give them back their dignity. But we do this above all for our children and for future generations, because as Primo Levi described it, ‘It happened, and therefore it can happen again.”

Following the ceremony, Sobotka declared: “Our mission is to never forget, to draw the necessary conclusions from these terrible events and consistently take action against hatred, violence, discrimination and the increasing antisemitism in any form – we owe that much to the victims of National Socialism.” Together, they laid wreaths of white roses to commemorate the horrific attack.

Kristallnacht is widely considered to be the prelude to the atrocities the Holocaust. On 9-10 November, Nazi leaders organized a series of pogroms against Jewish communities that were territories of the Third Reich. During the pogroms, synagogues, Jewish-owned businesses and private homes were destroyed. The series of pogroms and violence came to be known as Kristallnacht, “the night of broken glass” as a reference to the amount of glass on the streets from shattered storefronts and residences. Kristallnacht was particularly detrimental to Vienna’s Jewish community, where at least 27 Jews were murdered and thousands more were arrested or assaulted in 1938.