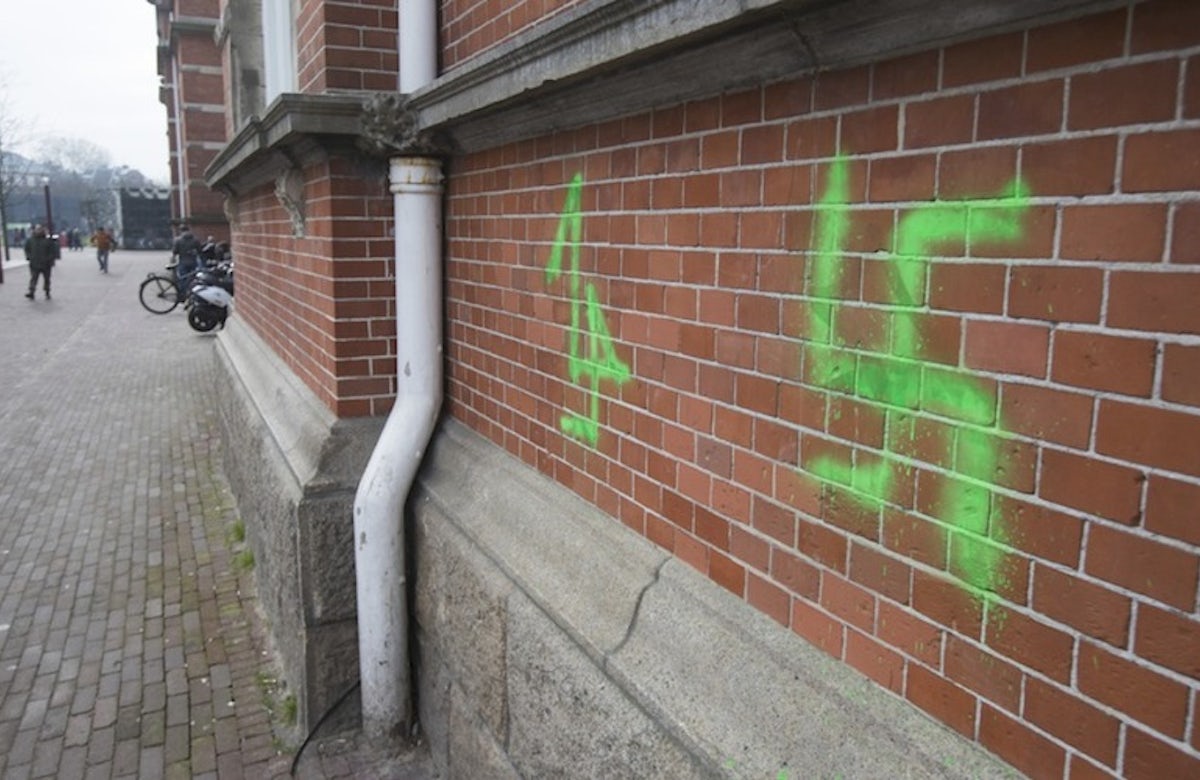 NEW YORK – The World Jewish Congress responded Friday to a spate of antisemitic graffiti scrawled on buildings in Amsterdam, which was apparently perpetrated by supporters of The Hague football club ADO Den Haag in a targeted message ahead of an upcoming match to fans of the rival Amsterdam club Ajax, who refer to themselves as the “Jews.” Among the vandalized structures was the statue De Dokwerker, which commemorates a general strike in 1941 to protest the rounding up of Jews by Nazi occupiers of the city during World War II.

“The vandalism carried out overnight in Amsterdam deserves unequivocal condemnation by both authorities and society at large. Any and all forms of hate speech and expressions are utterly unacceptable, even if carried out in sheer ignorance rather than blind hatred. It is also particularly offensive when the targeted structures include a monument dedicated to the memory of the Holocaust, and its victims and resisters,” Singer said.

“It is all the more troubling that this despicable act was apparently perpetrated by soccer fans who have blatantly and ignorantly lost sight of the fact that the spirit of sport is camaraderie, not hate speech,” Singer said. “Across Europe today, we are witnessing an inconceivable and worrying rise in antisemitism, racism, discrimination and xenophobia, clothed in extremist behavior and hooliganism, and we must be vigilant in addressing this.”

“We deeply appreciate the ADO football club’s immediate rejection and condemnation of this desecration and urge its leadership to take punitive measures against any supporters found to have been involved in this outrageous act, if it indeed emerges that this was the case,” Singer added. “The club must make it abundantly clear that such behavior will not be tolerated and will in fact be subject to penalty.”

“Education is key to eliminating xenophobia and hatred, and it would behoove the club to embark on initiatives of that kind to weed this kind of conduct out of the stands and send a strong message to their own supporters and players of the importance of building bridges, not divides,” Singer said. “The World Jewish Congress will reach out to the Dutch Jewish community and to the football club’s leadership to engage them in the educational projects we have already developed with other football clubs.”