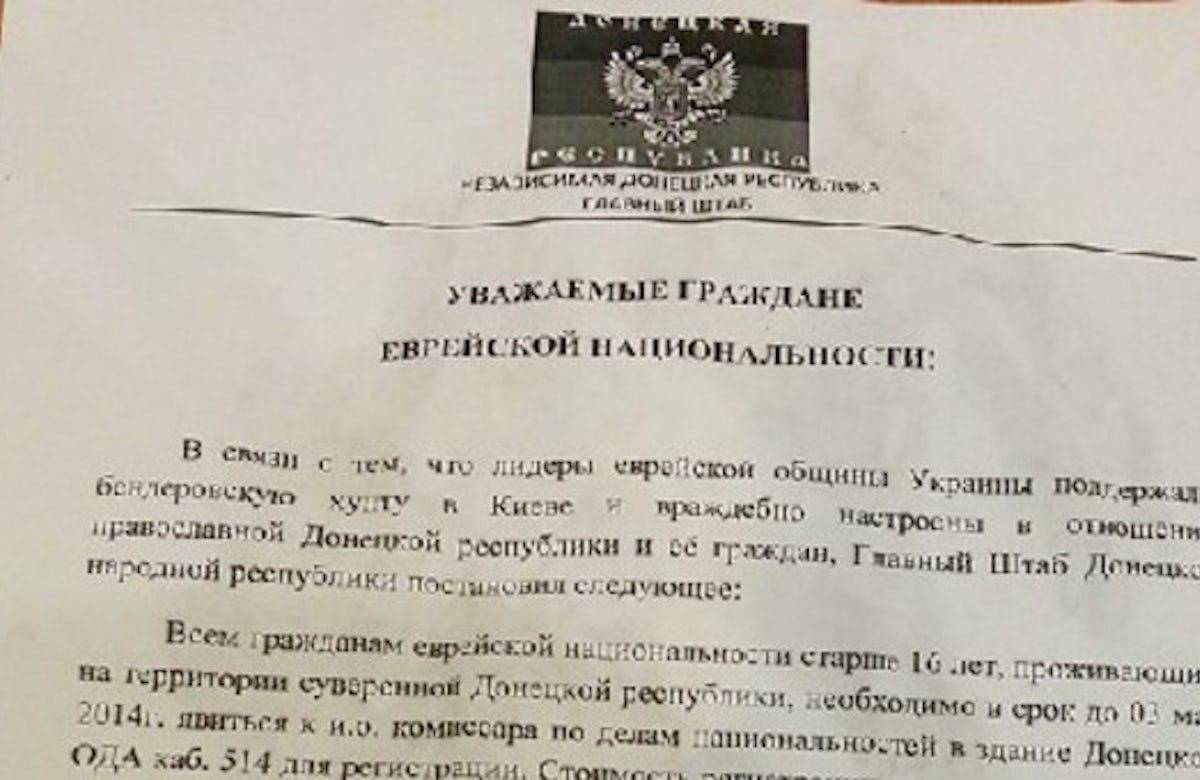 NEW YORK – The head of the World Jewish Congress (WJC) on Friday expressed concern about the situation in Ukraine and urged all sides in the conflict there to refrain from using anti-Semitic propaganda to further their political goals. Following the distribution in Donetsk and other towns in eastern Ukraine of an anti-Jewish flyer attributed to a pro-Russian separatist leader in Ukraine, WJC President Ronald S. Lauder condemned the pamphlet and called on all sides to show restraint. “We don’t know yet who instigated this latest affront, but it shows the seriousness of the situation.”

Lauder went on to say: “All sides must ensure that any form of anti-Semitism is condemned and fought vigorously. Unfortunately, the Ukrainian Jewish community is caught up in a situation for which it bears no responsibility, and it needs to be protected against unfair attacks, no matter where they may come from.” Lauder added the WJC was closely following events in Ukraine and was in constant contact with the local community.

A Ukrainian news agency reported on Wednesday that armed men had handed out a leaflet calling on Jews to register their property with the interim pro-Russian government or face deportation and loss of citizenship. The leaflet, a copy of which was distributed by the ‘Donbass’ news agency, demanded the city's Jews supply a detailed list of all the property they own, or else have their citizenship revoked, face deportation, and have their assets confiscated. Donetsk, where pro-Russian separatists captured government buildings in the past week, is home to around 17,000 Jews.

Reportedly bearing the signature of the pro-Russian separatist leader Denis Pushilin, the flyer was distributed to Jews near the Donetsk synagogue and later in other areas of the city where pro-Russians activists recently declared Donetsk as an ‘Independent People's Republic’. Pushilin denied any connection to the flyers, calling them a provocation.

According to the document Jews would need to supply "ID and passport are required to register your Jewish religion, religious documents of family members, as well as documents establishing the rights to all real estate property that belongs to you, including vehicles.”