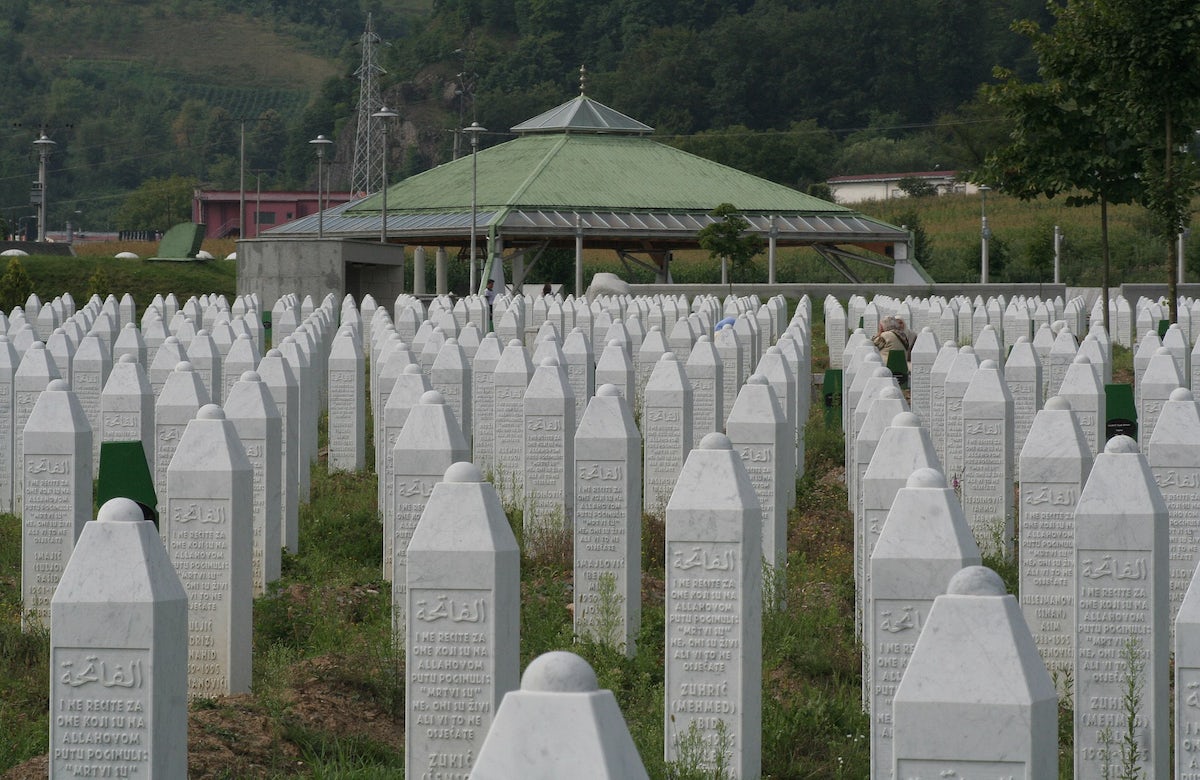 The World Jewish Congress and its President, Ronald S. Lauder, are committed to commemorating the July 1995 genocide of Bosnian Muslims from the town of Srebrenica at the hands of Bosnian Serb paramilitary forces, and to exposing and condemning attempts to deny this genocide. Over the course of July 2020, the WJC and members of its flagship program, the WJC Jewish Diplomatic Corps (WJC JDCorps), launched a widespread campaign to bring international attention to the 25th anniversary of the genocide, calling for its victims to be accorded the respect and remembrance they deserve.

On 11 July 1995, forces of the Bosnian Serb breakaway Republika Serpska, under the command of General Ratko Mladić, took over the United Nations-protected enclave at Srebrenica and murdered approximately 8,000 Bosniak – that is, Bosnian Muslims – men and boys, and deported more than 25,000 Bosniak women, children, and elderly men under horrific conditions. Numerous panels of the International Criminal Tribunal for the Former Yugoslavia (ICTY), as well as the International Court of Justice, have held unambiguously the crimes perpetrated by the Republika Srpska forces at Srebrenica constituted genocide within the meaning of the 1948 UN Convention on Genocide. Six Bosnian Serbs, including Mladić and Radovan Karadžić, the president of Republika Srpska in 1995, have been convicted of genocide by the ICTY for their roles in the crimes committed at Srebrenica.

Twenty-five years on, however, government officials and others in Republika Srbska, today one of the entities that make up Bosnia and Herzegovina, and in Serbia, affirmatively deny that the mass killings at Srebrenica constituted genocide.

The WJC Jewish Diplomatic Corps held a webinar on 1 July in commemoration of the 25th anniversary of the Srebrenica Genocide, in which Srebrenica Genocide survivor Adisada Dudić Hoque recounted her family’s harrowing journey for nine days to evade the pursuing Bosnian Serb forces, and pleaded with the world to remember the “failures that happened in Srebrenica and speak candidly about what happened there, the lessons we have learned, and pledge our commitment to commemorate the victims and stand with the survivors.” Dudić Hoque lost 50 relatives, including her father and uncles, during the war and spent the following three years living in refugee camps. Her testimony can be viewed here.

On 7 July, Commissioner for Human Rights of the Council of Europe Dunja Mijatović joined the WJC for its ongoing WebTalk series and emphasized the importance and necessity of marking 11 July as the official Remembrance Day for the victims of the Srebrenica Genocide. Mijatović, a native of Bosnia-Herzegovina, also called on the international community, especially the leaders of Serbia and Republika Srpska, to recognize the genocide at Srebrenica and understand that the continued glorification of the perpetrators of the massacre in these countries is dangerous and must be stopped. Commissioner Mijatović’s remarks can be viewed here.

WJC Associate Executive Vice President and General Counsel Menachem Z. Rosensaft reiterated Commissioner Mijatović’s call for marking 11 July as Remembrance Day for the Srebrenica Genocide, emphasizing in an op-ed in Just Security that, “Like Holocaust denial, denial of the Srebrenica genocide cannot be allowed to be portrayed as a legitimate intellectual position. Numerous countries, Germany foremost among them, have criminalized Holocaust denial. At the very least, those who deny the Srebrenica genocide and glorify its perpetrators need to be exposed, publicly condemned, and ostracized. The victims of Srebrenica and their families deserve no less.” Read Rosensaft’s full op-ed in Just Security here.

On 14 July, Rosensaft took part in a commemoration organized by the Advisory Council for Bosnia and Herzegovina, recalling in his remarks the warnings sounded by reporters covering the 1992-1995 war in Bosnia and by Holocaust survivor and Nobel Peace Prize laureate Elie Wiesel, of the carnage that was occurring at the time. Despite these warnings, Rosensaft emphasized, the UN Protective Forces allowed the Bosnian Serbs to take over the “safe haven” set up by the UN to protect Bosniaks in the eastern part of the country, “in a shameful act of cowardice”. Rosensaft underscored further: “It is critical for the international community to formally commemorate the Srebrenica genocide, not just out of respect for its victims, but as a public countermeasure to the repeated efforts, especially but by no means exclusively in Republika Srpska, to deny this genocide… Let me make myself very clear. We all want reconciliation; indeed, we need reconciliation for society to move on after genocides and other crimes against humanity. But any genuine reconciliation must be rooted in truth, in a common understanding of the historical facts.” View the Advisory Council’s commemoration ceremony here.

On 1 July, the WJC Jewish Diplomatic Corps launched a social media campaign calling on the international community to remember the Srebrenica Genocide and for unity in efforts to combat all forms of racism, Islamophobia, and antisemitism. In addition to the WJC JDCorps’ statement, the social media campaign also included infographics and a video message, detailing the events of Srebrenica and the WJC’s stance on remembrance.

In parallel, members of the WJC Jewish Diplomatic Corps published op-eds in multiple languages and publications, reiterating the WJC’s stance on the critical importance of recognizing the events in Srebrenica as genocide:

“The world failed in Bosnia 25 years ago. We cannot turn a blind eye again”, by WJC JDCorps member and Director of Public Affairs for the Board of Deputies of British Jews Philip Rosenberg (UK). Published online in the Jewish News UK on 6 July and in print on 9 July.

“Remembering and honoring the victims of the Srebrenica genocide”, by WJC JDCorps member Asher Levine (US). Published online in the Jerusalem Post on 8 July and in print on 9 July.

“25th anniversary of the massacre in Srebrenica: the importance of memory”, by WJC JDCorps member Marcos Roca (Argentina / France). Published in French by CRIF on 10 July.

Members of the WJC Jewish Diplomatic Corps also engaged in series of diplomatic efforts, including letters sent by 14 WJC JDCorps members* to the local diplomatic missions of Bosnia and Herzegovina.

The letter writing campaign garnered the attention of the senior diplomats in numerous countries, resulting in a strong representation of the WJC at various memorials in Europe, Israel, and the United States.

WJC JDCorps member Elmira Tarivierdiieva (Germany) attended the Srebrenica Genocide commemoration event of the Embassy of Bosnia and Herzegovina to Germany on 9 July.

WJC JDCorps member Philip Rosenberg (UK) received a warm reply from Bosnia and Herzegovina’s Ambassador to the UK who invited him for a meeting at the Embassy and shared information about the commemoration event organized by the Remembering Srebrenica NGO, held online due to COVID-19.