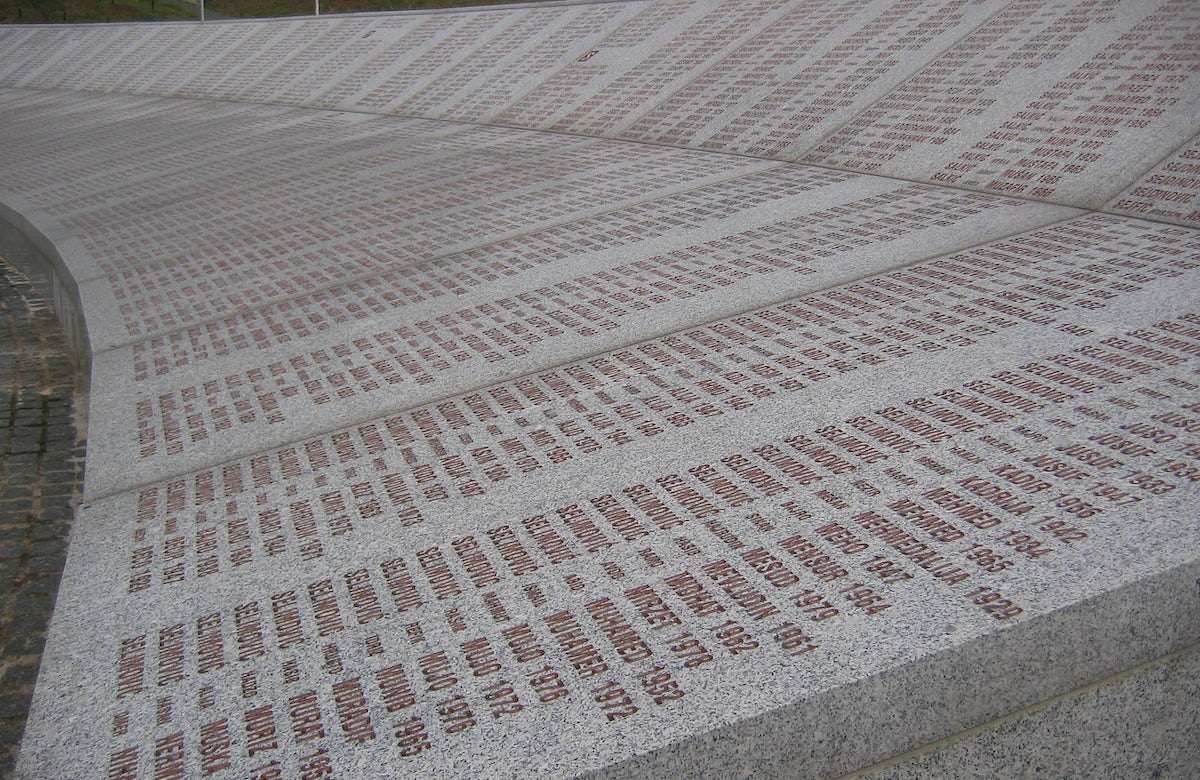 This article was published in Bosnian and in English on Bosnia and Herzegovinia's N1, on 1 July 2020

On 9 December 1948, the United Nations adopted its Convention on the Prevention and Punishment of the Crime of Genocide and undertook the commitment to ensuring that the horrific attempt of the Nazi regime to exterminate European Jewry during World War II never be replicated against Jews or any other minority.

By definition of the Convention, genocide is the intention to destroy, in part or in whole, a national, ethnic, racial or religious group by, for example, killing members of the group, committing severe physical or mental harm or reducing the living conditions of a particular group to a minimum.

And yet, in the more than seven decades that have passed since the UN adopted this critical Convention, genocide has continued to perpetuate across the globe. As an active member of the Jewish community of Bosnia and Herzegovina, a country which was riddled with the bullets of genocide exactly 25 years ago, it has become my moral imperative to alert the apathetic and raise awareness of all genocides, regardless of which nation or minority is targeted.

The Jewish People have survived discrimination, persecution, and multiple attempts at extermination over the course of our 4,000-year-old history; we cannot stand idly by and let others suffer the same fate at the hands of the worst of humanity – and neither can the world at large.

The refrain “Never Again” was declared by the international community after six million Jews were systematically murdered by the Nazis and their collaborators during the Holocaust. And yet, it did happen again, in Cambodia by members of Khmer Rouge, in Rwanda, and right here, in the town of Srebrenica, in the Drina Valley of northeastern Bosnia.

On 11 July 1995, forces of the Bosnian Serb Army of Republika Srpska (VRS) under the command of Ratko Mladić infiltrated the Srebrenica area and murdered 8,000 Bosnian Muslim civilians, mostly men and boys, in the greatest massacre witnessed in Europe since the end of World War II. As a result of the Srebrenica Genocide, thousands of local women, children, and the elderly were forcibly relocated to Bosnian-controlled territory, following torture and rape at the hands of their oppressors.

Every summer, as the heavy curtain of July hangs over Srebrenica, the Bosnian public is reminded of one of the darkest and most painful chapters of the war that raged in Bosnia and Herzegovina in the 1990s and devastated the country.

The International Criminal Tribunal in The Hague and courts in Bosnia, Croatia and Serbia have, as of now, sentenced a total of 47 defendants to more than 700 years in prison, plus four life sentences, for genocide and crimes against humanity committed in Srebrenica. In 2001, Radislav Krstic, former chief of staff of the Drina Corps of the Army of Republika Srpska, was convicted and sentenced to over forty years in prison, for the crimes of genocide, extermination, murder and persecution. For the first time, through this tribunal, the heartbreaking testimonies of the victims of the Srebrenica Genocide could be heard. These were the survivors of a genocide carried out not in some remote corner of the earth, nor at a dark age in history, but rather in central Europe, in 1995, in a world already very much on the brink of communications breakthroughs, and even cellular technology. Against all commitments to prevent such events from occurring again, the Srebrenica Genocide took place right under our noses.

Enver Huscć, a survivor of the genocide who managed to evade the shootings at the age of 16, together with his father and brother, tells of their harrowing attempt to flee through the woods free territory only to be met by Bosnian Serb soldiers disguised as UN troops. Tricked, the Husić family surrendered but did not give up. They slipped through the careless watch of the Bosnian Serb soldiers and boarded a bus to the Bosnian Serb-controlled territory where the women, children and elderly had been deported. Husić’s father, brother, and the others who surrendered together with him the day prior did not survive the journey.

The deadly events at Srebrenica were the culmination of a systemic attempt by the wartime government of Republika Srpska to annihilate the Bosnian Muslim population. Despite the refusal of contemporary political entities in both Republika Srpska and the Republic of Serbia to come to terms fully with the intentions and crimes of the wartime governments, the evidence overwhelmingly shows that this massacre was indeed a genocide, ordered by the government and carried out by both local and regional representatives.

In Republika Srpska and the Republic of Serbia, there is an admission that a "terrible crime" took place in Srebrenica, yet neither government recognizes the decisions of the International Criminal Tribunal for the former Yugoslavia (ICTY) or any other court convicting the leadership of the wartime government of Republika Srpska and its direct executioners.

Today, 25 years after the Srebrenica genocide, Bosnian society is still struggling against the evils of nationalism and fascism. Bosnian Muslims face uphill battles as they return to reclaim ownership of their homes in Srebrenica, and Islamophobia, antisemitism, and other forms of xenophobia are on the rise in other parts of the country. In Prijedor for example, extreme far-right groups such as Blood and Honor and Serbian Honor have a stronghold, and in Sarajevo and other parts of BiH, streets and institutions named in honour of members of the fascist and pro-Nazi Ustasha movement that ruled wartime Croatia and committed appalling acts of mass murder targeting Serbs, Jews, Roma, and anti-fascist Croats.

It is crucial that the Republika Srpska and the Republic of Serbia recognize the Srebrenica Genocide for what it was and pave the way for reconciliation, for the sake of any future coexistence between the peoples of Bosnia and Herzegovina, and as part of their own moral imperative in the commitment to ensuring that Never Again remains truly so.

The Srebrenica Genocide does not stand alone as an isolated incident in history; it was one of many attempts by nationalists the world over, in different countries and on different continents, to systemically exterminate an entire minority population.

The only way to ensure that the Convention on the Prevention and Punishment of the Crime of Genocide is upheld – and to catalyze humanity to break its deadly pattern – is to speak up in the face of all discrimination and unify as one against racism, antisemitism, islamophobia, and xenophobia, in all of its forms.

We owe it to the victims of the Srebrenica Genocide, and all other crimes against humanity, to protect our future generations from such horrors. Historia magistra vitae est – may it never happen again.

Vladimir Andrle is a member of the flagship program of theWJC Jewish Diplomatic Corps, a worldwide network of 300 Jewish young professionals acting in the fields of diplomacy and public policy. He is from Bosnia and Herzegovina.