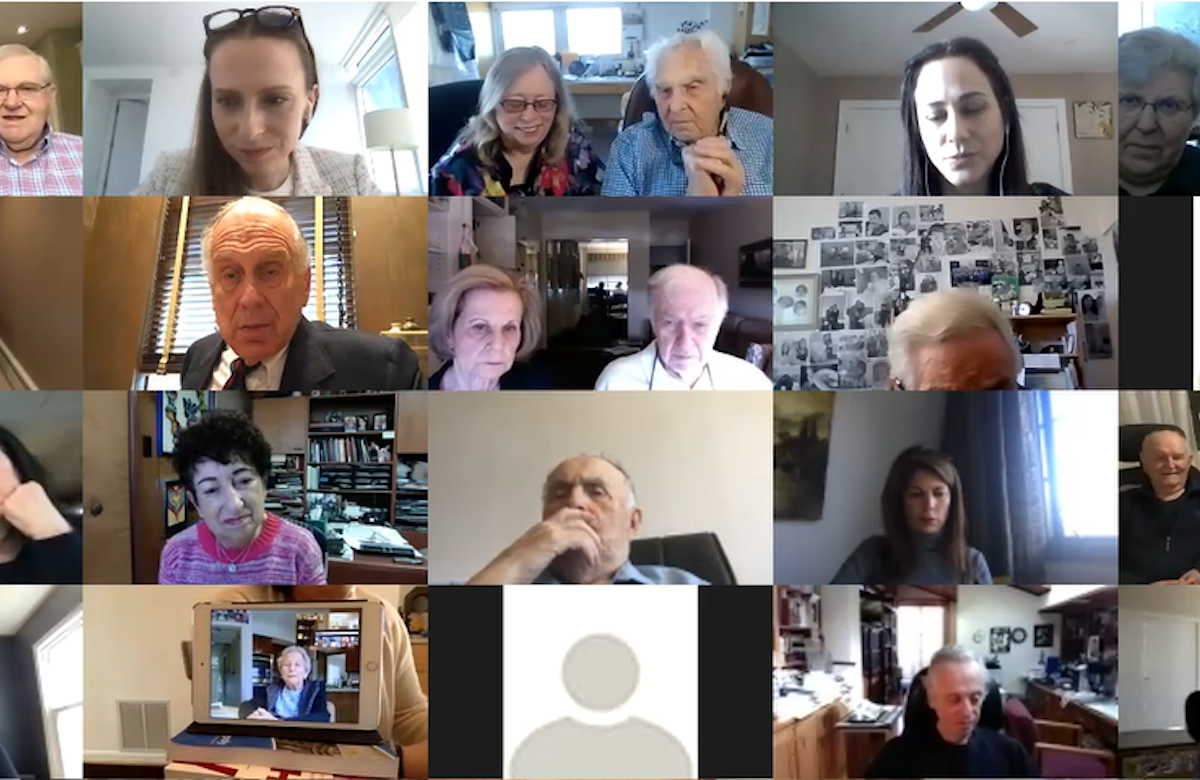 For the second consecutive year, President of the World Jewish Congress Ronald S. Lauder, who serves as Chairman of the Auschwitz-Birkenau Memorial Foundation (ABMF), convened Auschwitz-Birkenau Survivors, together with their families, to celebrate Passover in the midst of the COVID-19 pandemic. The Survivors were part of a January 2020 ABMF delegation to the site of the former extermination camps at Auschwitz-Birkenau on the occasion of the 75th anniversary of their liberation.

Lauder has brought these Survivors together online several times over the course of the past year, to connect to talk about the challenges of life amidst the global public health crisis and to celebrate Jewish holidays, as well as birthdays, engagements, and weddings. More than 40 Survivors in the United States, Canada, Germany, the United Kingdom, Austria, Sweden, and Israel came together alongside their children and grandchildren, strengthening a sense of community and the transmission of Holocaust memory across generations. They shared Passover traditions and gefilte fish recipes while also discussing their experiences surviving the Holocaust.

Since the coronavirus pandemic began in March 2020, Lauder has hosted five online reunions organized by the Auschwitz-Birkenau Memorial Foundation: a Passover celebration, a July virtual meeting, which celebrated the engagement of survivor David Marks and his fiancée Kathy Peck, a High Holidays reunion, a Hanukkah candle lighting, and this week’s Passover gathering.

“For all of you Survivors, Pesach is different than for everyone else because you know what it was to go from slavery to freedom.”

To the younger generations, he said, “Those of you who are children and grandchildren of survivors, tell the people at your Passover table what it meant for your families to go from slavery to freedom, and how we must never take freedom for granted.”

Sol Graf of Fort Lee, N.J., originally of Hungary, shared his story of liberation and how grateful he is for the life he has been able to lead since. Graf said that to have been freed at the age of 15 was “Dayenu,” but to have been able to move to Israel and have a family that now includes nine great-grandchildren is more than he ever could have asked for.

Other Survivors and their families discussed how they have passed on their knowledge and experiences of the Holocaust to their children. Carol King-Berkman of New York said that she brought her three children to Auschwitz, and after meeting Survivors and hearing their stories, they began to write poetry in memory of what had happened there. Survivor Gabriella Karin of Los Angeles, originally from Czechoslovakia, brought her grandson to the site; she shared that he wanted to hear about everything that she had gone through there and what her family was like. After their trip was over, Karin said her grandson told her that he now knows what it means to be Jewish.

Lauder closed by thanking the Survivors for being there and sharing their stories, conveying that the lessons learned from them have changed the significance of Passover forever for him. “Since I have known each of you, I have a different view of Pesach than I did before. You have opened up my eyes to what belief is about.”