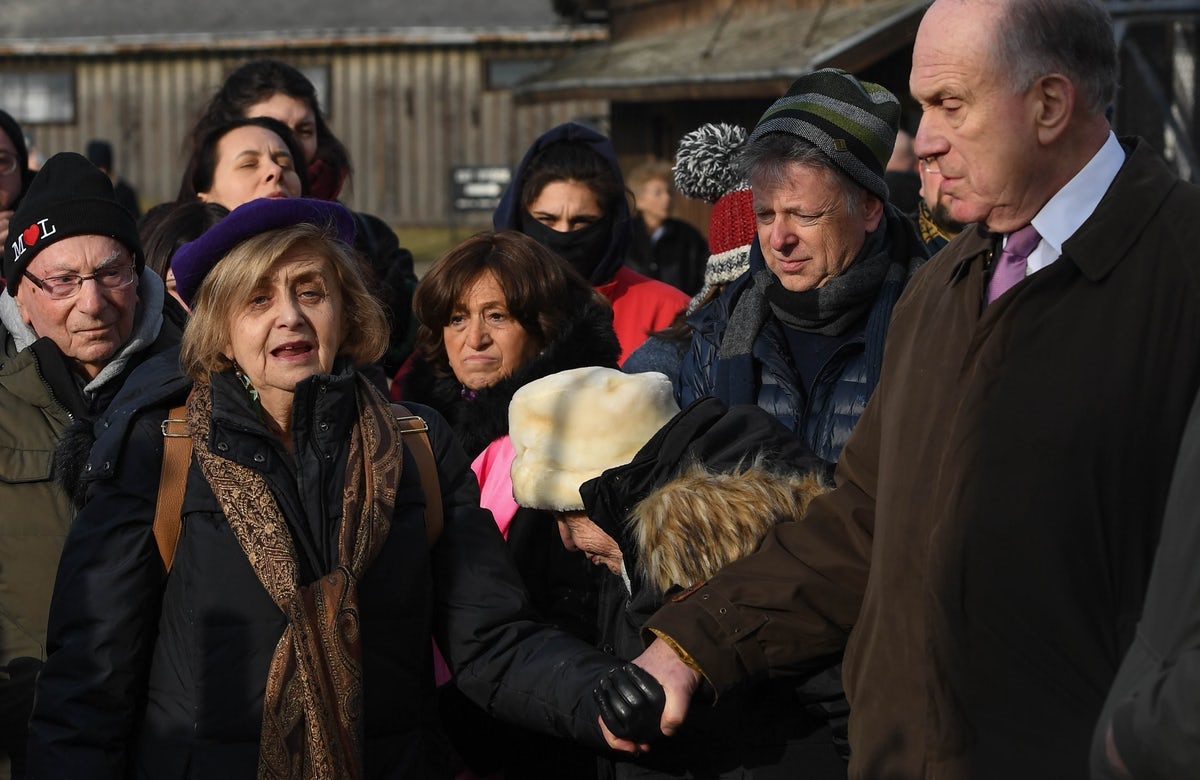 Nearly six months after World Jewish Congress President and Chairman of the Auschwitz-Birkenau Memorial Foundation (ABMF) Ronald S. Lauder brought a delegation of Holocaust Survivors to the 75th  Anniversary of the Liberation of Auschwitz-Birkenau on 27 January, Lauder continues to bring together this courageous community of Survivors.

This particular group of Survivors had not met before their experience returning together to the site of the horrors they endured almost eight decades ago. Now, under Lauder’s continued unifying support, they have become a community with a shared story of survival. They are a network of support to each other during these difficult times, connecting over Zoom to talk about the challenges of life amidst the COVID-19 pandemic, as well as happier news of their families and resilience.

The delegation to Poland, organized by ABMF, included Survivors from Argentina, Australia, Brazil, Canada, France, Germany, Israel, Peru, Sweden, Switzerland, the United Kingdom, and the United States. In addition, Lauder arranged for each Survivor to be accompanied by a family member, most choosing a child or grandchild, to ensure both a personal support system during an incredibly challenging experience, as well as the transmission of Holocaust memory from generation to generation.

On 20 July, Lauder hosted a virtual gathering to celebrate the engagement of Survivor David Marks and his fiancée Kathy Peck, both of whom were members of the delegation earlier this year. The couple postponed their wedding in order to make sure their children and grandchildren could be with them to celebrate. Around 60 fellow Survivors gathered to fete them from around the world.

During the virtual celebration Lauder told the couple, “I was moved by your love story and I could not miss celebrating this happy moment with the two of you. Let’s raise our glasses to Kathy and David and wish them many more happy and healthy celebrations to come. To both of you, to all of you: L’chaim!”

Lauder also offered words of comfort to the Survivors in these trying times, saying: “It’s not been easy. It’s been hard for everyone. I know that it’s been hard for you: some of you are alone, some of you cannot see your families as often as you would want to. We have also lost some of the Survivors to this terrible virus. That is why celebrations like this one today are so important. We continue to come together as a big family to share these moments of celebration and life events like birthdays and weddings. This virus is terrible, but you know something: we will survive.”

Lauder opened the call by thanking the Survivors for joining him at the 75th anniversary of the liberation commemoration in January, stating: “I want to say just how proud I am of all the Survivors who came with us to Auschwitz-Birkenau. Your presence there made a powerful statement – you sent a message of strength and dignity to the world that was heard by millions of people around the world.”

Lauder’s remarks echoed his keynote address at the official commemoration of the 75th  anniversary of the liberation: “Today is about you, the Survivors, and I cannot begin to tell you how grateful I am that you are here, and in some cases, here with your children and grandchildren. Seventy-five years ago today, when Soviet troops entered these gates, they had no idea what lay behind them. And since that day, the entire world has struggled with what they found inside.”