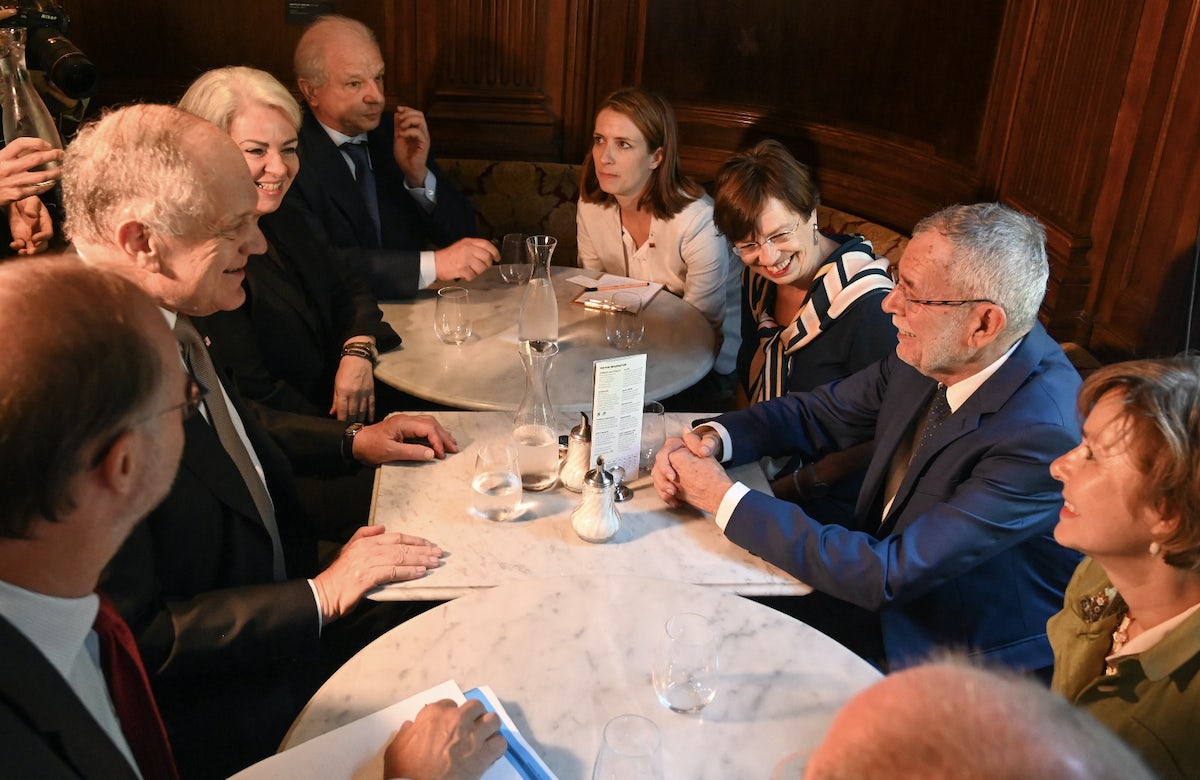 The meeting was held in a positive and constructive atmosphere, focusing on a number of key issues including the recent unanimous decision of the Austrian parliament to grant citizenship to all Austrian Jews expelled by the Nazis, as well as their descendants.

Amb. Lauder thanked the president warmly for this development as a positive move for Austria and for the Jewish people. The Austrian Citizenship Act was adopted on 20 September, and will go into effect in September 2020.

President Van der Bellen thanked Amb. Lauder for the warm welcome, and expressed that he too was pleased with the decision to go forward with this act.

The two also discussed the upcoming general elections in Austria, and expectations for the relationship with the State of Israel, which the president said would remain close as it is today.

Meeting w/ @WorldJewishCong President Ronald S. Lauder in New York. Thankful for the exchange of mutual assessments on current political developments. Austria will continue being at the forefront of fighting antisemitism. We are committed on national as well as intl. level. pic.twitter.com/9QZjokgjiO