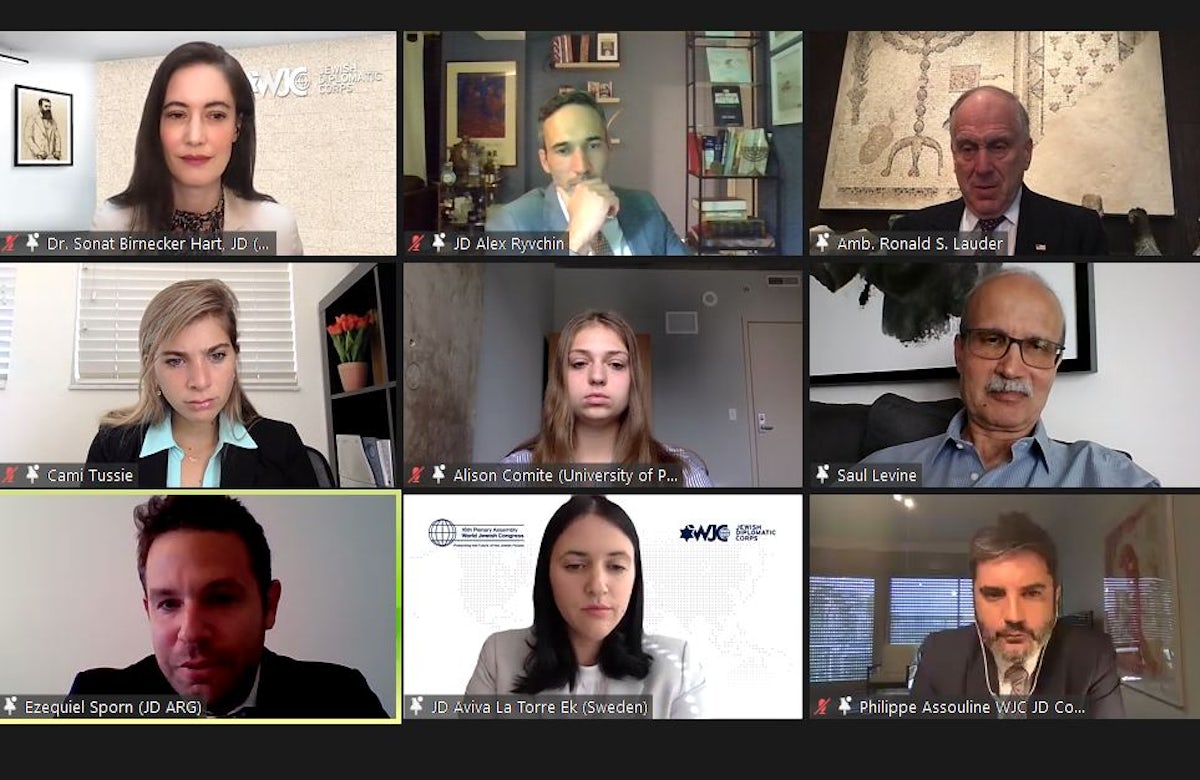 WJC Jewish Diplomatic Corps Member Ms. Aviva La Torre Ek (Sweden): “How do you get the next generation to open their wallets and contribute to Jewish causes?”

Ronald S. Lauder Fellow Ms. Cami Tussie: “What is really happening on university campuses and how can we make a difference?”

Ronald S. Lauder Fellow Ms. Alison Comite: “What do you do on social media all day and how can we grab your attention?”

WJC Jewish Diplomatic Corps Member Mr. Ezequiel Sporn (Argentina): “A Jew, a Christian and a Muslim walk into a café .. What is the future of interpersonal interfaith relations?”

The WJC Plenary Assembly takes place every four years and brings together delegates from WJC-affiliated Jewish communities and organizations in more than 100 countries around the world. The Plenary Assembly elects WJC leadership and sets policy for the years ahead. This year’s meeting will take place on 25 May.