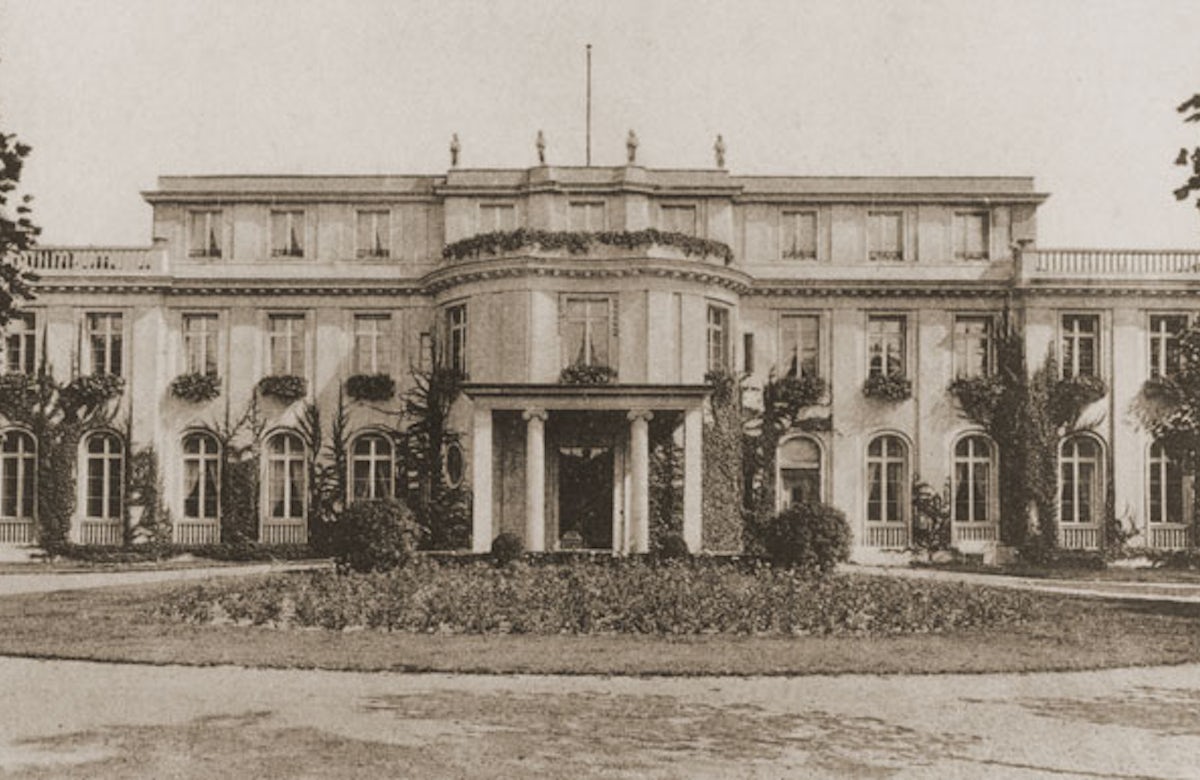 On 20 January 1942, SS General Reinhard Heydrich convened the Wannsee Conference in Berlin to inform and secure support from top German officials for the mass extermination of European Jewry. The conference took place approximately six months after Hermann Goering, a Nazi political and military leader, requested  that Heydrich submit a plan “for carrying out the desired final solution of the Jewish question.”

Fifteen senior Nazi German officials participated in the conference, which was postponed after Nazi Chancellor Adolf Hitler declared war on the United States. The men present including Adolf Eichmann, did not debate the morality of the policy, but rather discussed its coordination and implementation. None of the officials present at the conference objected to the plan to exterminate European Jewry, which called for rounding up all Jews throughout Europe, transporting them eastward, and organizing them into labor camps. The senior officials believed that the living conditions would cause many of the prisoners to die of “natural diminution,” and those that survived would be “treated accordingly.”

While the call to exterminate European Jewry was never explicitly mentioned at the Wannsee Conference, the intent of the conference was exceedingly obvious to the highly educated German officials, and within a few months, the Nazis installed the first poison-gas chambers in Poland.

During his remarks, Heydrich announced that, “during the course of the Final Solution, the Jews will be deployed under appropriate supervision at a suitable form of labor deployment in the East. In large labor columns, separated by gender, able-bodied Jews will be brought to those regions to build roads, whereby a large number will doubtlessly be lost through natural reduction. Any final remnant that survives will doubtless consist of the elements most capable of resistance. They must be dealt with appropriately, since, representing the fruit of natural selection, they are to be regarded as the core of a new Jewish revival.”

Heydrich also indicated that in total, approximately 11,000,000 Jews from Axis-controlled Europe, the United Kingdom, and the neutral nations (Switzerland, Ireland, Sweden, Spain, Portugal, and European Turkey) would become victims of the Final Solution.

Throughout the Final Solution, Nazi German authorities and their collaborators killed some six million Jews—approximately two-thirds of the Jews living in Europe in 1939—by gassing, shooting, and starvation, all while subjecting them to inhumane living conditions.