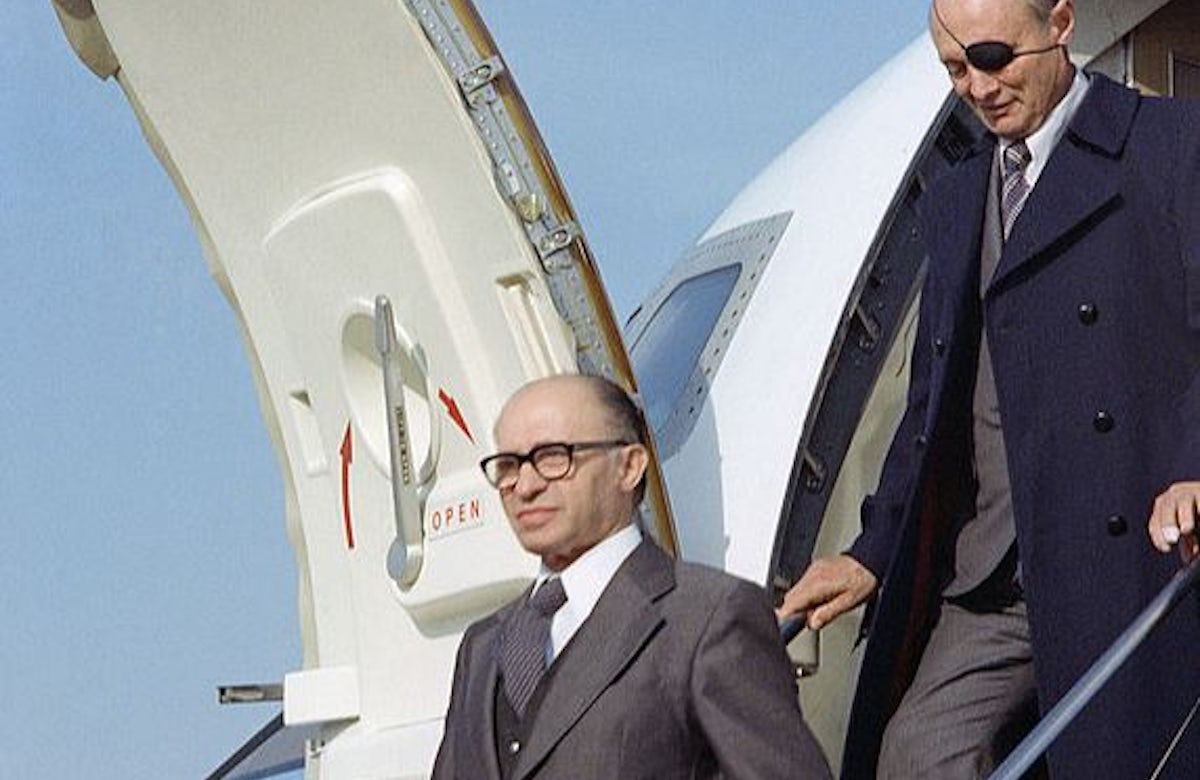 On 22 October 1979, Foreign Minister Moshe Dayan resigned from the Israeli government due to disagreements with Prime Minister Menachem Begin over Arab autonomy negotiations.

Dayan had been Chief of Staff of the Israel Defense Forces at the time of the 1956 Suez Crisis, and Minister of Defense during the 1967 Six Day War.

Dayan’s resignation was prompted in part by his disagreement with Begin’s intention to assert Israeli sovereignty over the West Bank. In his resignation letter, Dayan stated, “It is no secret to you that I differ over the technique and the substance whereby the autonomy negotiations are being conducted.”

According to contemporaneous sources, Dayan had privately proposed negotiations on East Jerusalem and a withdrawal from the West Bank, two proposals that Begin rejected.

Begin replaced Dayan as foreign minister with the more hard-line Yitzhak Shamir, who had previously served as Speaker of the Knesset.

Dayan, who was first elected to the Knesset in 1959, died in Tel Aviv in 1981 after a battle with cancer. He was buried in Nahalal, the Northern moshav where he was raised.