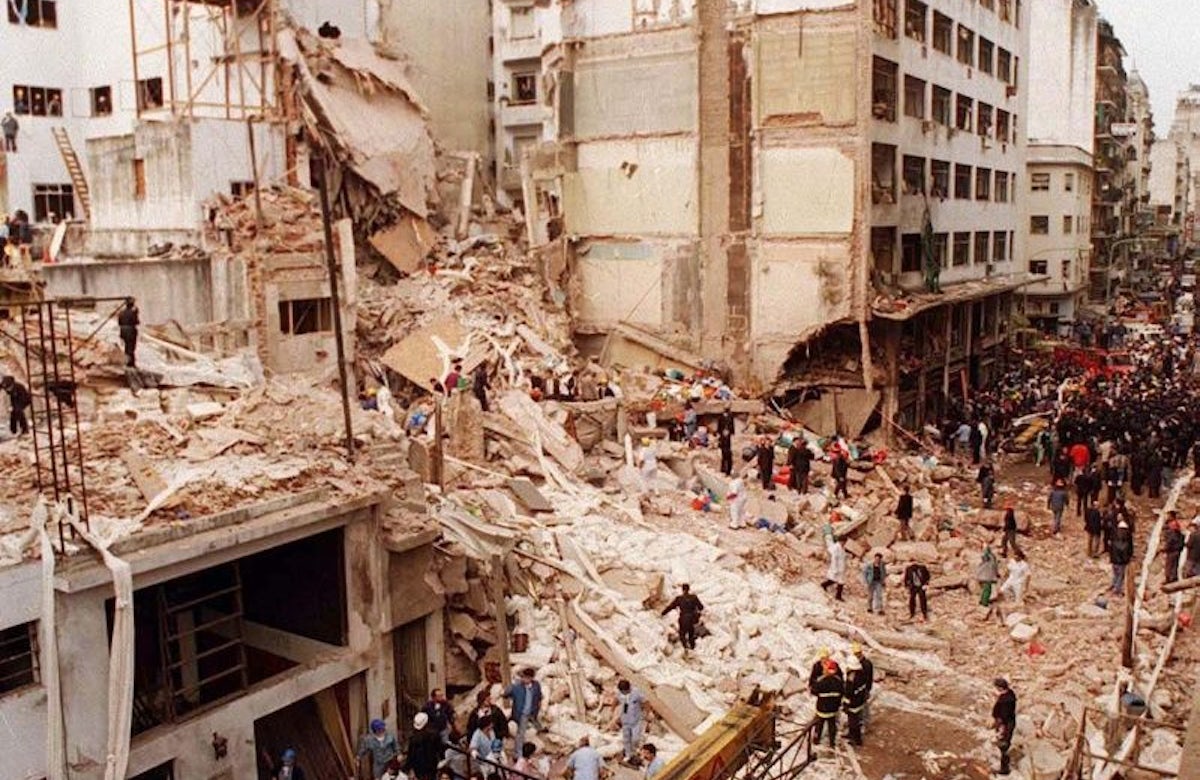 On 18 July 1994, 85 people were killed and hundreds more wounded in a Hezbollah-perpetrated bombing attack of the Argentine Israelite Mutual Association (AMIA) building. This was the deadliest terrorist attack in Latin American history as well as against any Jewish target outside of Israel. Twenty-six years after the horrific bombing, none of the perpetrators has yet been brought to trial, despite arrest warrants issued and constant calls for justice.

The WJC and its regional affiliate, the Latin American Jewish Congress (LAJC), have been at the forefront of efforts to ensure that the preparators of the heinous crime are brought to justice. World Jewish Congress President Ronald S. Lauder said last year, ahead of the 25th anniversary: “Twenty-five years after this heinous attack, the families and loved ones of the victims are still waiting for justice to be served, and for the perpetrators, both local as well as those working for the long arm of Iran, to be brought to trial. We must not wait another 25 years to put an end to this chapter in Jewish and Argentinian history. Global terrorism and indiscriminate attacks against Jewish communities are continuing around the world. We must make it clear these horrific crimes will never be tolerated and do everything in our power to prevent them from happening again.”

Despite international attention, the case has been met with roadblocks, foot-dragging, and talk of corruption at nearly every turn. And while 22 defendants would eventually be charged with complicity in the attack, all have been acquitted.

In September 2004, the Attorney General's Office appointed Attorney General Alberto Nisman and District Attorney Marcelo Martínez Burgo to oversee the investigation into the attack. A little over two year later, on 25 October 2006, Nisman published a nearly 700-page report formally accusing the Iranian regime of masterminding the Hezbollah executed attack. The report called for the arrest of Iranian President Ali Akbar Rafsanjani (1989 – 1997), Hezbollah Chief of Staff Imad Mughniyeh, and several Iranian cabinet officials and high-ranking diplomats. Other international agencies, including Interpol, have also issued arrest warrants. Nisman was found dead in his apartment on 18 January 2015; the cause of his death has not yet been determined.

In late February 2019, a federal criminal court prosecuted and acquitted several individuals accused of obstructing the investigation into the attack. Prominent individuals such as former Delegación de Asociaciones Israelitas Argentinas (DAIA) President Rubén Beraja and former President Carlos Menem (1989-1999) were acquitted, while the former federal judge Juan José Galeano, who was originally in charge of the case, and former intelligence chief Hugo Anzorreguy were sentenced to six years and four and half years in prison respectively.

Some recent progress has been made, however. Last year, on the 25th anniversary of the attack on the AMIA bombing, the Argentine government designated Hezbollah as a terrorist organization and froze the group’s financial assets. The decision was welcomed by President Lauder as a “long-awaited and principled step.”

In 2018, the WJC hosted a commemoration of the 24th anniversary of the bombing of the AMIA building in Buenos Aires in a ceremony which featured the participation of Secretary General of the Organization of American States Luis Almagro. In his remarks there, LAJC President Adrián Werthein spoke of the obligation to support the survivors of the attack, saying, “sometimes we lose focus on the other victims, the survivors, on how their lives change and how those families are rebuilt… The survivors of terrorist attacks are a source of testimony to the vast and real dimension of this scourge. On a societal level, it is our duty to support them.”

The WJC and LAJC released a book entitled “Justice You Shall Pursue!” to commemorate the 25th anniversary of the deadly attack. The book featured a compilation of calls and reflections for justice by world leaders, and other prominent individuals, including WJC President Ronald S. Lauder, President of Argentina Mauricio Macri, U.S. President Donald Trump, German Chancellor Angela Merkel, and United Nations Secretary General Antonio Guterres. The LAJC also teamed up with AMIA to produce roughly 60 videos of survivors’ testimony. The survivors’ testimony focused on a range of topics including the day of the attack, their story of survival, and the impact the event had on their lives.

Ahead of this year’s upcoming 26th anniversary of the attack, the Latin American Jewish Congress organized a series of virtual conferences on the continued threat of terrorism in the region. More than 1,000 people attended the first installment, which focused on the current state of Hezbollah’s presence in Latin America and included remarks by two international experts on the matter.

LAJC Executive Director Claudio Epelman noted the organization’s fervent commitment to ensuring that the terrorist attack be commemorated despite the challenges presented by the coronavirus outbreak. "Each year, the Latin American Jewish Congress makes the claim for justice for the victims of AMIA....This year will not be the exception,” he said.