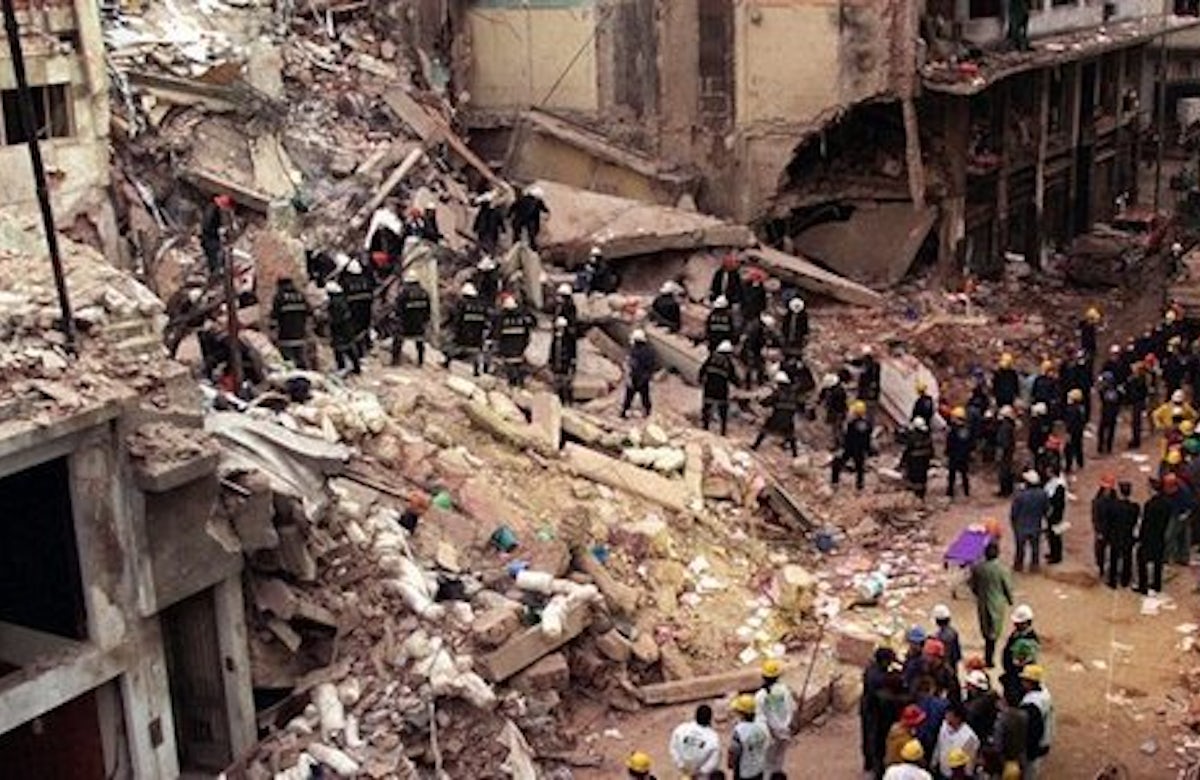 The book, entitled “Justice You Shall Pursue!”, brings together the reflections of world leaders on the anniversary of this attack, in our efforts to seek justice for the victims and to highlight the ongoing threat of global terrorism. The edition is also a tribute to AMIA and the umbrella organization, DAIA, for their tireless work in the preservation of the memory of this attack and the victims.

A complimentary digital copy of Justice You Shall Pursue, in Spanish, can be viewed here

In his contribution to the compilation, WJC President Lauder wrote: “Twenty-five years have passed since the AMIA bombing shook Argentina and the Western world. We cannot allow another 25 years to pass before bringing the perpetrators to justice. Today, as we remember the brutal events of 18 July 1994, we must stand together and declare: Terrorism has no place in this world.”

In the prologue, Adrián Werthein, President of the Latin American Jewish Congress, highlighted the interest of world leaders in keeping alive the memory and the demand for justice for the attack. "Raising our voices together is not a choice, it is a duty,” he wrote.