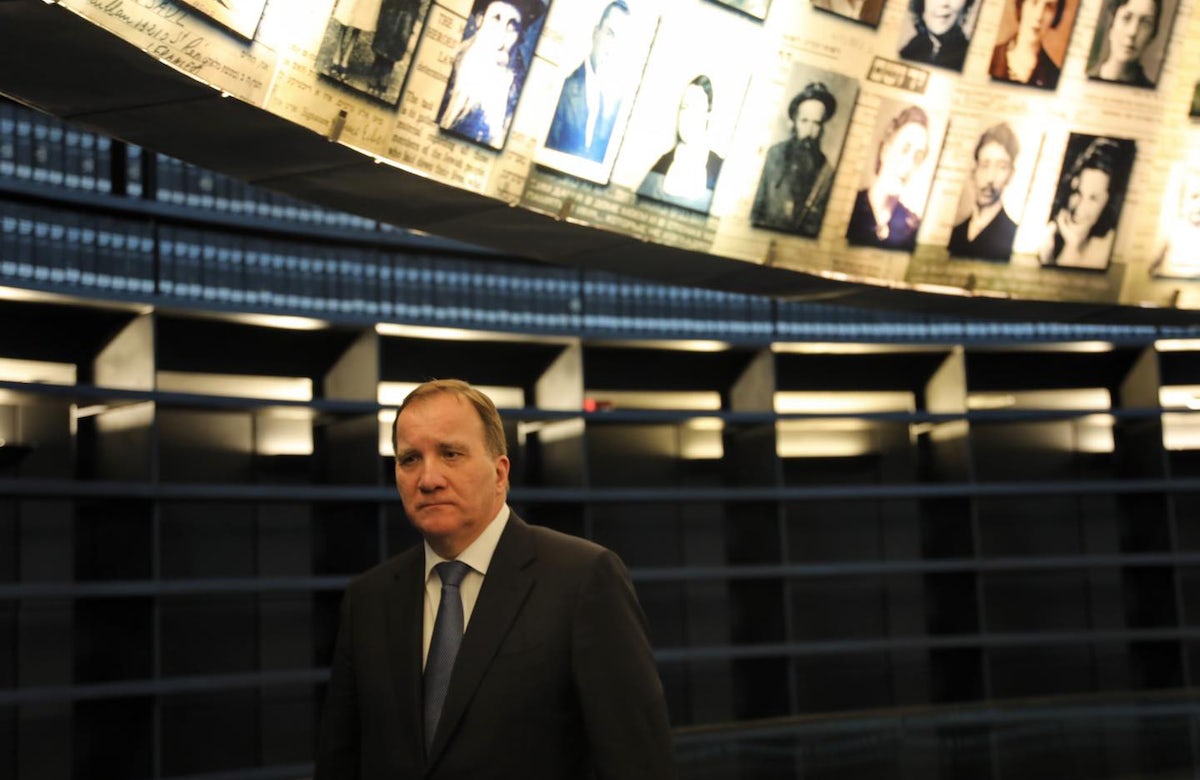 Swedish Prime Minister Stefan Löfven announced on 20 September that his government would allocate over one million dollars (10 million SEK) toward the creation of a new state Holocaust memorial museum, featuring objects and testimonies collected from survivors.

In a statement marking Rosh Hashanah and announcing the government’s move to establish the museum, Prime Minister Löfven also praised the contributions made by Holocaust survivors Elisabeth Citrom and Tobias Rawet, who immigrated to Sweden from Poland as children after the war and recently took part in a special interactive installation developed by the Shoah Foundation at the University of Southern California. The technological installation enabled  exhibit visitors to have a “conversation” with the survivors, who pre-recorded hundreds of testimonial responses to questions about the horrors they endured. The Swedish State Historical Museum undertook the initiative, on behalf of the government and in coordination with the Jewish Culture Organization of Sweden to create a Swedish-language version of this installation.

Löfven expressed his gratitude to Citrom and Rawet for having "the strength and desire to participate in a long recording, in whichthey were forced to go back in memory to tell their stories once again. Their testimonies will contribute to the remembrance of the Holocaust and to society's quest to ensure that what happened may never happen again.”

“Today I can also announce that we are taking another step toward a Swedish museum about the Holocaust,” Löfven added. “Together with the cooperation parties, the government is providing an additional SEK 10 million to the Authority's Living History Forum in preparation for the museum. The work includes collecting and documenting objects and stories from survivors.”

In January, Prime Minister Löfven pledged in an op-ed penned in the Israeli national daily newspaper Yedioth Aharonot to preserve Holocaust memory, fight the prevalence of antisemitism in Sweden and around the globe, and adopt the International Holocaust Remembrance Alliance (IHRA) working definition of antisemitism with guiding examples.

Responding to the op-ed, WJC President Ronald S. Lauder praised Prime Minister Löfven, saying that the Swedish leader, “has proven throughout his tenure to be a friend and ally of the Jewish people, both in Sweden and at large, and I commend him for publicly outlining his pledge to contend with the resurgence of one of the greatest scourges ever to face Europe. Sweden’s endorsement of the International Holocaust Remembrance Alliance’s universal working definition of antisemitism and its examples, which originated with the Stockholm Declaration of 2000, is an important step forward as we strive to address this global epidemic through a network of committed partners from around the world.”

In May, the Swedish government announced its decisionto postpone the Malmö International Forum on Holocaust Remembrance and Combating Antisemitism until 2021 due to the coronavirus pandemic. The purpose of the forum was for around 50 heads of states to discuss concrete steps forward in the work on Holocaust remembrance and the fight against antisemitism. The forum was scheduled to commemorate the twentieth anniversary of the adoption of the Stockholm Declaration, which recognized the responsibility of the international community and governments to promote and advance Holocaust education, remembrance and research.