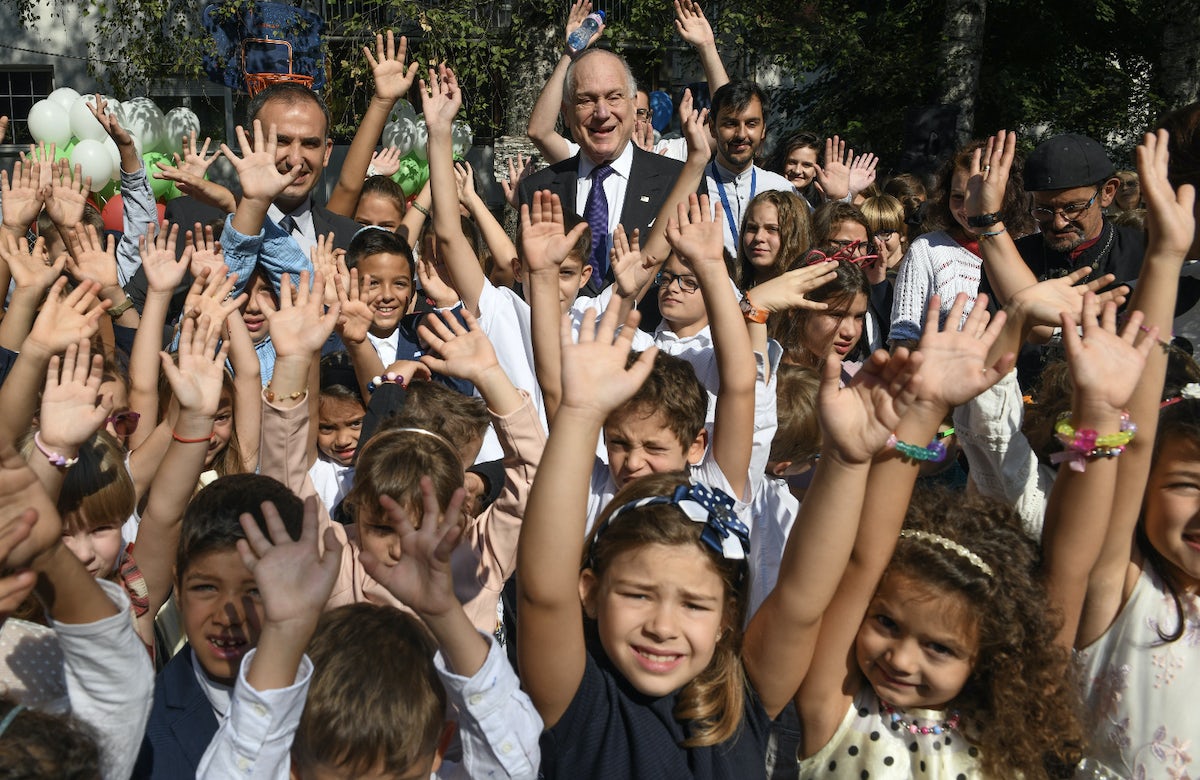 On September 15, 2019, World Jewish Congress President Ronald S. Lauder was in Bulgaria’s capital to inaugurate the country’s first Jewish school in decades, sponsored by the Ronald S. Lauder Foundation and named after him for his philanthropic and humanitarian contributions to Jewish education worldwide. Credit: Shahar Azran/WJC

The Ronald S. Lauder Foundation, led by Ronald S. Lauder, who also serves as World Jewish Congress president, is one of seven funders that have come together to ensure that Jewish day schools in Europe, whose operations have been threatened by the financial implications of the COVID-19 pandemic, will be able to continue to serve their communities. Thanks to these funders uniting to create the European Jewish Community Day School Crisis Fund, more than 3,000 children in 13 communities across Europe will be able to continue to go to school at Jewish community day schools.

The fund is organized through Educating for Impact (EFI). EFI is a nonprofit organization that promotes strategic change in Jewish schools to secure and strengthen Jewish communities in Europe. Lauder serves as honorary president of EFI’s board of trustees.