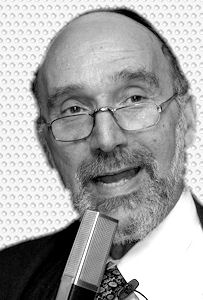 British rabbi Aba Dunner, the longtime executive director of the Conference of European Rabbis, has died in London at the age of 74. He was the leading activist for the cause of Orthodox Judaism in Europe and was widely respected across the Jewish world. He had been seriously ill for some months. Born in Königsberg (then Germany, today Kaliningrad, Russia) in 1938, Aba Dunner was the eldest son of the Rosh Beis Din of the Union of Orthodox Hebrew Congregations in Britain, Rabbi Josef Hirsch Dunner.

The World Jewish Congress said in reaction to Rabbi Dunner passing: "He was one of the leading activists for the cause of Orthodox Judaism over the past decades and was widely respected across the Jewish world. He was at the heart of the building and strengthening Jewish institutions in Europe. Within the World Jewish Congress, Rabbi Dunner and the Conference of European Rabbis – which he led for many years – were actively engaged in addressing the concerns of Jews and Jewish communities and in strengthening dialogue with other faith communities. He was a dedicated fighter for achieving peace and freedom for all peoples, irrespective of their origin, religion or ethnic background. He will be sorely missed by all those who had the pleasure to work with him over the years. Our heartfelt condolences go out to his wife and his family. May the memory of the righteous be for a blessing."