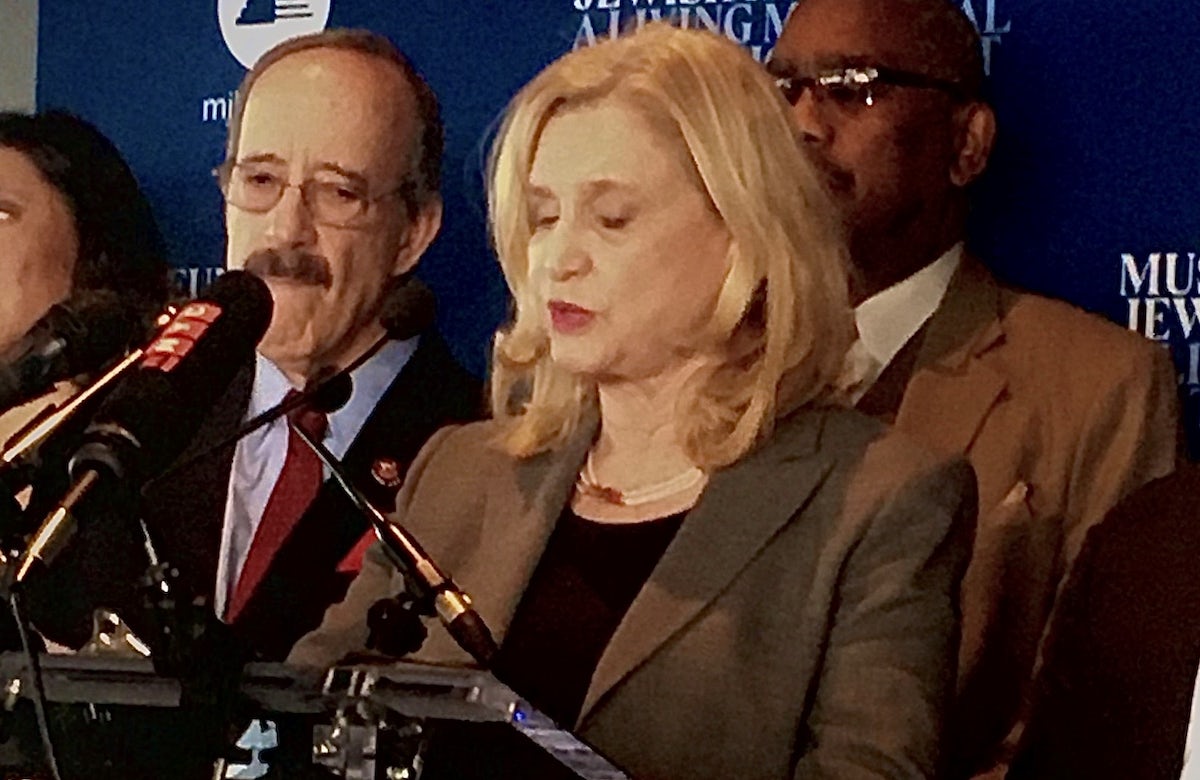 Members of the New York Congressional delegation announced on Thursday during a press conference at the Museum of Jewish Heritage in New York their support for the Nonprofit Security Grant Program, which currently provides $90 million of targeted funding to organizations vulnerable to terror attacks and allows these groups to apply for grants of up to $100,000 to enhance security measures such as fencing, surveillance cameras, reinforced doors, and the hiring of security personnel.

This past Monday, Senate Minority Leader Chuck Schumer pledged to fight for an increase in the Nonprofit Security Grant Program’s budget to the amount of $360 million. The Minority Leader's announcement came less than two days after a brutal machete attack at the home of Rabbi Chaim Rottenberg in Monsey on the seventh night of Hanukkah. This horrific attack, and the preceding deadly attacks in synagogues in Pittsburgh in 2018 and Poway in 2019 demonstrate the dangers facing targeted houses of worship and show the need for the increase in the budget for the Nonprofit Security Grant Program.

Rep. Rose, who organized Thursday’s press announcement, said, “It is significant that we are meeting today at the Museum that is currently hosting an important exhibition on Auschwitz, reminding us what can happen if acts of hatred are ignored. We will not sit still while Jews are being attacked in synagogues, in their homes, and on the street, and do our utmost to ensure the safety of all our New York citizens.”

World Jewish Congress President Ronald S. Lauder has called in recent months for security assistance of this kind, notably following the fatal attack in Halle, Germany on Yom Kippur, when he declared: “the time has come when all Jewish places of worship and Jewish communal sites need to have enhanced round-the-clock security provided by state security services.”