New Swiss Jewish community president warns of rising antisemitism: ‘You mustn’t wait for something to happen’ 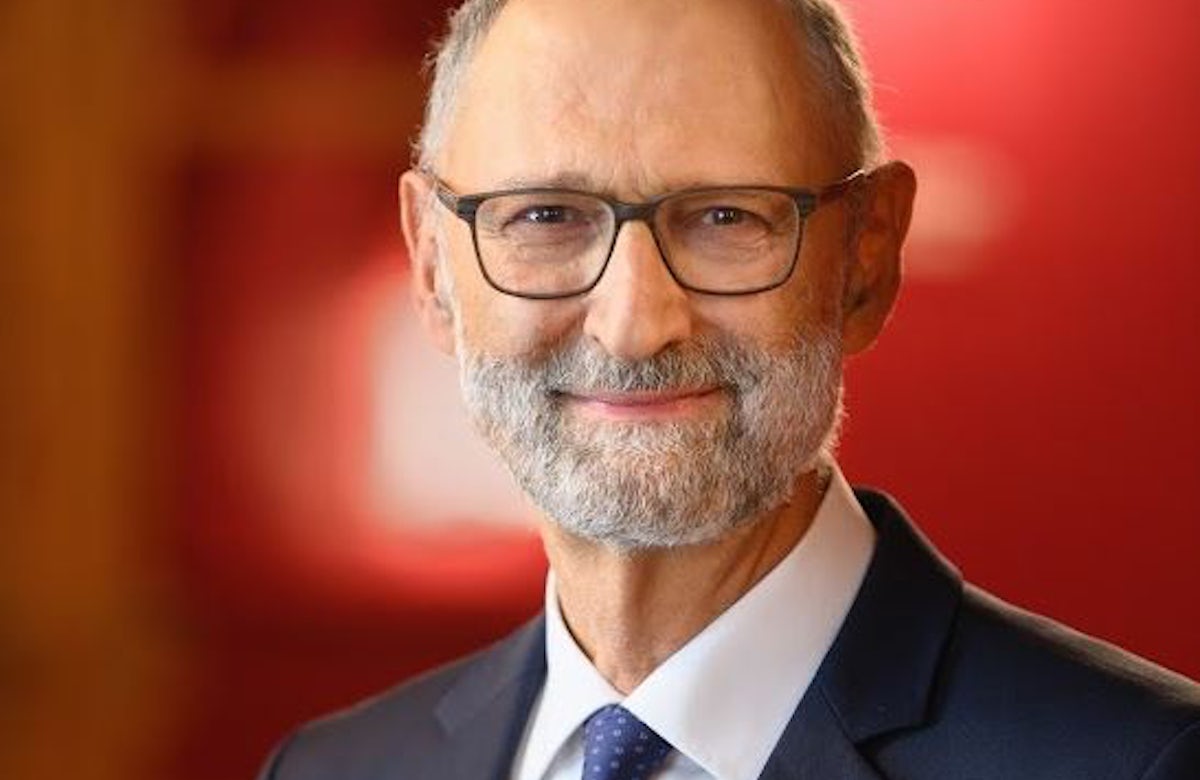 The new president of the Swiss Federation of Jewish Communities (SIG), Ralph Lewin, sat down with the Swiss newspaper Aargauer Zeitung for his first major interview since being elected as head of the umbrella organization of Jewish communities in the country. Lewin discussed several of topics of pressing interest including, the rise of antisemitism, Holocaust remembrance, and support for Israel.

The SIG collects reports of attacks against Jews and antisemitic incidents in Switzerland. What is the current situation?

Ralph Lewin: Compared to other countries, there is seldom damage to property or attacks in Switzerland, but insults and slurs occur more frequently. We are very concerned about developments in social media, where we observed a significant increase in the use of offensive language. What is astonishing is that this does not happen anonymously; people go on record with such statements using their names.

What can you do about it?

We are very pleased that Facebook has decided to reject Holocaust denial; this helps. In Switzerland the question arises: is it only the private sectors task to record and report antisemitic incidents? We would like the federal government to provide support. The development is difficult for us to control, there is little we can do about it on our own.

Do you generally feel safe in Switzerland?

A new study has shown that around a third of Jews avoid attending certain events. This is especially true for people who can be outwardly recognized as Jews. Around half of Jews have experienced antisemitic incidents.

Antisemitism is an attitude that is often hidden. Latent antisemitism can, however, become more overt over time. This may result in not only abuse, for example, but also violence. We must monitor that closely.

Another issue is the security of Jewish institutions. Is the public sector doing enough?

It was a relatively long back-and-forth over the question of whether Switzerland’s municipalities or the federal government were responsible for security funding. We were very surprised when we were asked to pay for our own security two years ago. A big step has now been taken: the federal council is making 500,000 francs a year available for construction work, but further additional measures must be taken. Some cantons do a lot more than others. More needs to be done there as well.

Do you fear assaults?

The danger is real and the measures are preventive. You can't wait for something to happen. In our Jewish community in Basel in particular, we feel a little more endangered due to the proximity to the border.

Various measures are used to preserve the memory.  For example, the stories of Holocaust survivors have been recorded. I am sometimes shocked at how quickly society forgets. It is inconceivable that at some point, the youth of the future may not even know what the Holocaust was or think that something like this can no longer happen.

Catholics and the Reformed are struggling with a decline in membership. How about you?

Overall, the number of Jewish citizens is stable. There are around 18,000, the same number as in 1970, but that also means that we have not grown in proportion with the population. Emigration to Israel also plays a role - three out of 20 members from my youth association have emigrated, which is significant.

But do you feel the secularization less than other religious communities?

There is undoubtedly a loss of importance of religion. For us this is less dramatic because "Judaism" doesn't just mean religion. The completely non-religious can be just as Jewish as the Orthodox.

What effects does a secularized society have on the observance of Jewish traditions?

Society’s understanding of religious expression is certainly in decline. This is most keenly felt, for example, by people who are identifiable as Jews by their street clothes. As a society we should be able to deal with people who dress differently because of their religion.

The legality of slaughtered meat is repeatedly brought up for debate - allegedly because of animal welfare. Are you concerned about this?

The founding of the SIG can be traced back to an 1893 vote in which slaughtering was banned in Switzerland. At first sight it was about animal welfare. At that time, however, that movement was only rudimentary. These days you are not allowed to slaughter in Switzerland, but you can import kosher meat. Some call this inconsistent, but sometimes it's better to live with a certain amount of inconsistency, for we would have great difficulties if imports were altogether banned.

What defines “Jewish life” in an increasingly secular world?

Every Jew finds something in Switzerland that corresponds to his degree of ritual observance.

And what does being Jewish mean for you personally?

It is something that is always there. For me personally, being Jewish is not primarily religious. Rather, it's culture, like Klezmer music. It's tradition, thousands of years of history. My mother died three weeks ago; she was 97 years old. I was impressed by the way my family was looked after by the community after her passing. The community was there for us, it was palpable. Another component of my Jewish identity is charity. Let's take my mother again: when she was 90, she was still involved in the board of the nursing home where she later lived.

What are your most important goals for SIG?

There are two elements here: I want to further strengthen our impact on the wider public, though we are already doing well in this regard. I also aim to showcase the different facets of Judaism. At the same time, issues such as security, antisemitism and the culture of remembrance remain central.

The existence of smaller communities in particular is under threat and their resources are scarce. I would like to support them more and encourage cooperation.

In the future you will have to express your views on Israel policy more often. There is still hardly a conflict that polarizes as strongly as the conflict between Israel and Palestine. How satisfied are you with the current policy in Switzerland?

In short, Switzerland has a two-point policy towards Israel: it strives for a peaceful solution and supports the two-state solution. In doing so, it recognizes the 1967 borders, but not the areas conquered later. It is no secret that opinions vary widely among the Jewish community here. The spectrum of opinion is very broad, and it is always about finding the greatest common denominator. I don't have to emphasize that the Jewish state of Israel is very important to the SIG. In the case of antisemitic criticism of Israel, such as its right to exist being called into question, we intervene consistently. But the SIG does not comment on current politics.