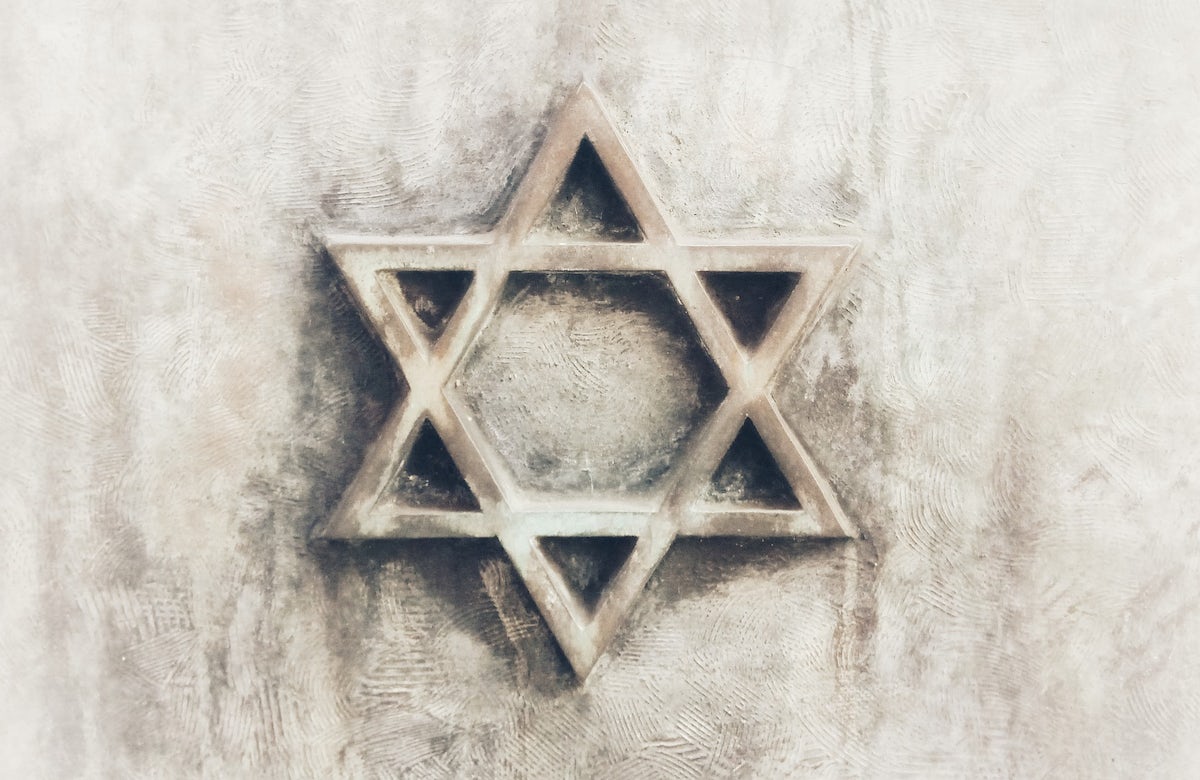 What: A newly released report commissioned by the Austrian Parliament highlighted several concerns about the state of antisemitism in that country, including a strong correlation between high levels of trust of information on social media and antisemitism. The study, which aimed to “scientifically observe antisemitism in Austria on a sustainable basis and also to place it in a context of current developments," was conducted by the Institute for Empirical Social Research.

Although only a minority of those surveyed stated that they trusted information on social media, those who did had a heightened risk of believing antisemitic statements compared to those who trusted traditional media. About 25% of those surveyed who said they trusted information on TikTok, and almost 20% of those who said they trusted Facebook and YouTube, agreed with the statement:  "The reports on concentration camps and the persecution of Jews during World War II are exaggerated." Of those who rely on traditional media, only four percent agreed with the statement.

Reacting to the study’s findings, Austrian National Council President Wolfgang Sobotka said that antisemitism is "not a marginal phenomenon" but today even comes "from the middle of society.” Referencing several antisemitic remarks uttered by noteworthy individuals, Sobotka said that comments like these are still made because “antisemitic patterns are still present in a tremendous density and breadth." Click here to read more.

What: Nearly a thousand soccer fans chanted antisemitic slurs, including “Here comes Chaca in the street, killing Jews to make soap,” in the streets of Buenos Aires ahead of a match.

The WJC-affiliated Delegation of Argentine Israeli Associations (DAIA), which filed a criminal complaint said in a statement, “We will present in court videos that are circulating in which chants with antisemitic content uttered by fans of Club Atletico Chacarita Juniors were registered...The episode is an incitement to violence, to persecution, to hate, and represents a threat against the Jewish community as a whole, as well as other collectives vulnerable to discrimination.” Click here to read more.

Two Orthodox Jewish women were assaulted by an assailant who screamed, “You should all have died in the Holocaust.” During the incident, one of the Jewish women had her sheytl  (religious hair covering)  torn off before she was thrown to the ground by the attacker, who threatened, “You f***ing Jew; I’m going to kill you.

What: Jewish Canadians are the most targeted religious group for hate crimes in the country, a newly published study from Statistics Canada found. According to the study, there were five hate crimes per week, on average, directed at Jews.

In response, Shimon Koffler Fogel, President and CEO of the Centre for Israel and Jewish Affairs (CIJA) issued the following statement:

“We are concerned that incidents of hate crime increased again in Canada in 2019, and exceeded the 10-year average. The 7% overall increase appears to be attributable to attacks motivated by sexual orientation and race or ethnicity.

“Among the troubling aspects of the report is the 8% increase in violent hate crimes, which now account for 44% of the total. Also troubling are the record high number of attacks motivated by sexual orientation.

“It is important to note that this is 2019 data and does not reflect the impact Covid-19 has had on our society. That data is not yet available, but Statistics Canada does cite a crowdsourcing survey that suggests that 2020 will see a significant increase in hate crimes targeting visible minorities, particularly Canadians of Asian ethnicity.

“Though we welcome the 20% decrease in crimes targeting the Jewish community, Jewish Canadians still remain the most targeted religious minority for hate crime and second overall. Jewish Canadians were targeted 296 times in 2019. Even with a 20% year over year decrease, attacks on Jewish Canadians still occurred on average five times per week during 2019. Those numbers are particularly troubling since the Jewish community accounts for only 1% of the population and yet are the targets of 17% of police-reported hate crime.

“Although Canada remains one of the best countries in the world in which to be Jewish, or any other minority for that matter, these numbers are troubling and should concern all Canadians of good will.” Click here to read more.

A suspect made antisemitic slur and punched a victim in the face. According to officers, a person of interest has been identified and the assault is being treated as a hate crime.

A Vancouver anti-vaccine conspiracy theorist created a t-shirt comparing COVID-19 vaccinations to the Holocaust. In an Instagram video, the t-shirt creator, Susan Standfield, said, “We are the official yellow star class in Canada, so that’s why I made that design.”

What: A man tried to enter a school in Marseille, France with a knife in order to attempt a stabbing. After parents who were volunteering on security duty turned him away, he tried to stab shoppers at a kosher supermarket. Click here to learn more.

Additionally, in Avignon, France, anti-vaxxers have been seen wearing yellow stars that say “not vaccinated” on them in French. These actions are being supported by Convergence Citoyenne du Sud, a group that has been comparing government-imposed restrictions in relation to COVID-19 to the Nazi era.

A yellow Star of David was also found spray-painted on a wall on 6th Avenue Jean Georges in Lyon, France.

What: A newly installed mural commemorating the northern port city’s Jews who perished during the Holocaust was desecrated with black paint.

“It is unfortunate that a few days after its completion, strangers, who seem to be bothered by the willingness of the city to remember even the darkest pages of its history, vandalized a work that received flattering comments both for its aesthetics and for the powerful message that it conveys on the need to preserve the memory and constantly remember the events of the Holocaust,” the Jewish Community of Thessaloniki said in a statement.

“Racism and antisemitism remain a serious problem and an open wound for our society. It is obvious that we must always remain vigilant in order to fight – through the use of historical facts and education – any attempt to revive the ideologies that gave birth to the Holocaust, the nadir of humanity,” the statement said. Click here to read more.

The man wrote that “this Yid has her days numbered” and threatened to rape her daughter and burn down the Jewish Theatre. After mentioning the Holocaust, the man wrote, “I intend to throw her into a gas chamber.”

“On 27 March, the suspect sent from an email address a message with threats of an anti-Semitic character which included deaths threats and threats to harm the targeted person and the employees of the Jewish Theatre,” Bucharest’s Sector 1 prosecution office said in a statement. Click here to read more.

What: Police are investigating an incident in which dolls, covered in red paint,  were accompanied with antisemitic messages at a synagogue during Passover. The incident has been classified as a hate crime and there are currently no suspects. Click here to learn more.

What: The Swiss Federal Commission against Racism (FCR) said that hate speech, including antisemitic conspiracy myths surrounding the COVID-19 pandemic, are on the rise.

According to the commission, the pandemic has given rise to “a wave of hatred, racial prejudice, and discriminatory rhetoric fueled by rumors and disinformation.”

“The fact shows the smoldering antisemitism in Switzerland as elsewhere, and that in times of crisis quickly flares up again,” said the commission. It referenced the annual report on antisemitism in Switzerland by the WJC-affiliated Swiss Federation of Jewish Communities and the Foundation against Racism and Antisemitism in February, which also highlighted this troubling phenomenon. Findings showed that of 485 reported incidents of online antisemitism, 249 were of contemporary antisemitic conspiracy theories. Click here to read more.

What: The city council of Ternopil named a rebuilt soccer stadium after Roman Shukhevych, the leader of a Ukrainian nationalist brigade created by Nazi Germans during World War II.

Reacting to the decision, the Israeli envoy in Kiev, Joel Lion, wrote, “We strongly condemn the decision of Ternopil city council to name the city stadium after the infamous Hauptman of the SS Schutzmannschaft 201, Roman Shukhevych, and demand the immediate cancellation of this decision.” Click here to read more.

Similarly, a senior lecturer at Ukraine’s oldest and most prestigious state university called for the government to rename the city of Uman for Nazi collaborator Stepan Bandera.

What:  One in five people in the UK believes there is some truth to the QAnon conspiracy myth, according to a report published Monday by anti-racism charity Hope Not Hate. Among other concerning answers to questions, more than one in five respondents agreed that “elites in Hollywood, governments, the media and other powerful positions are secretly engaging in large-scale child trafficking and abuse,” is at least somewhat true. Click here to read more.

A pregnant Jewish woman in London’s predominantly Haredi neighborhood of Stamford Hill was physically assaulted. Footage of the incident showed the assailant following the victim through a gated alley before throwing a black bag over her head. The woman, who is in her 20s, was taken to a nearby hospital where she was treated for light injuries. Metropolitan Police confirmed that the suspect has been arrested and is in police custody.

A British police officer was convicted of belonging to a neo-Nazi terrorist organization and lying on his application and vetting forms to join the metropolitan police.

Meyers Leonard fined $50,000 and suspended for using an antisemitic Slur

What: A clip of Meyers Leonard, a player for the Miami Heat,  on a videogame livestream went viral this month. Consequently, Leonard was suspended from the team and fined $50,000. The NBA commissioner stated, “Meyers Leonard’s comment was inexcusable and hurtful and such an offensive term has no place in the N.B.A. or in our society.” After Leonard apologized, many social media users defended the antisemitic comment. Click here to read more.

A US Capitol police officer was arrested on March 14 after he was found in the possession of a printed copy of The Protocols Elders of Zion- a known antisemitic document. The news came after it has surfaced that during the Capitol riot on January 6, while searching for Senate Majority Leader Chuck Schumer’s desk, a rioter was heard asking, “Where’s the big Jew?”

A former inmate of New Jersey’s Ocean County Jail has filed a $1 million lawsuit against the Ocean County Corrections Department for multiple acts of antisemitism during his time in jail. He claims that swastikas were drawn on his cell walls, was ridiculed by a corrections officer for wearing a kippah, and was verbally abused for being a Jew.