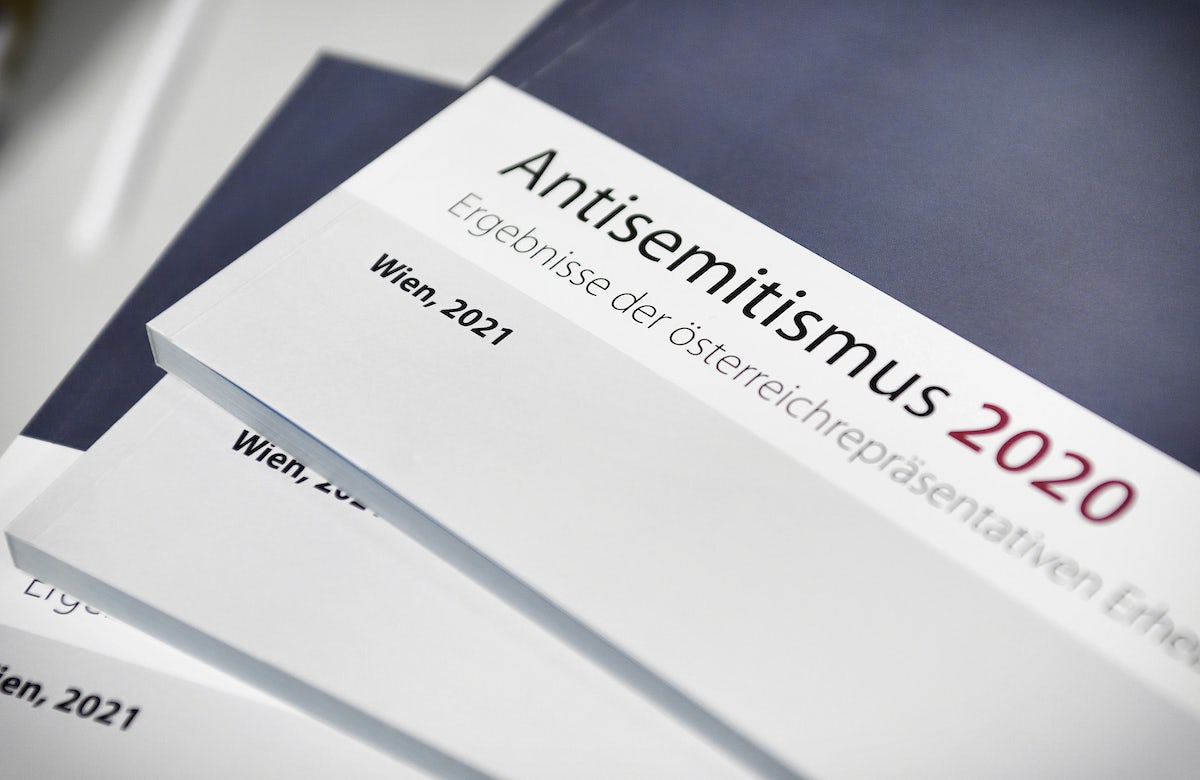 A newly released report commissioned by the Austrian Parliament highlighted several concerns about the state of antisemitism in that country, including a strong correlation between high levels of trust of information on social media and antisemitism. The study, which aimed to “scientifically observe antisemitism in Austria on a sustainable basis and also to place it in a context of current developments," was conducted by the Institute for Empirical Social Research.

Although only a minority of those surveyed stated that they trusted information on social media, those who did had a heightened risk of believing antisemitic statements compared to those who trusted traditional media. About 25% of those surveyed who said they trusted information on TikTok, and almost 20% of those who said they trusted Facebook and YouTube agreed with the statement: that "the reports on concentration camps and the persecution of Jews during World War II are exaggerated." Of those who rely on traditional media, only four percent agree with the statement.

Reacting to the study’s findings, Austrian National Council President Wolfgang Sobotka said that antisemitism is "not a marginal phenomenon" but today even comes "from the middle of society.” Referencing several antisemitic remarks uttered by noteworthy individuals, Sobotka said that comments like these are still made because “antisemitic patterns are still present in a tremendous density and breadth."

The report also found the older the respondent, the more likely he or she is to believe antisemitic statements and that individuals with higher levels of education are significantly less likely to approve of the statements.

In late January, the Austrian government presented a national strategy plan to combat the rise of antisemitism, which called for the improvement of the security of synagogues, the enhancement of education about Judaism and stricter prosecution of hate crimes against Jews.

A Jewish Community of Vienna (IKG) report issued in November 2020 found that Austria experienced an average of 43 antisemitic incidents per month during the first half of 2020. During those six months, there was 131 episodes of antisemitic verbal abuse or harassment, 26 instances of destruction of property, and three physical assaults.