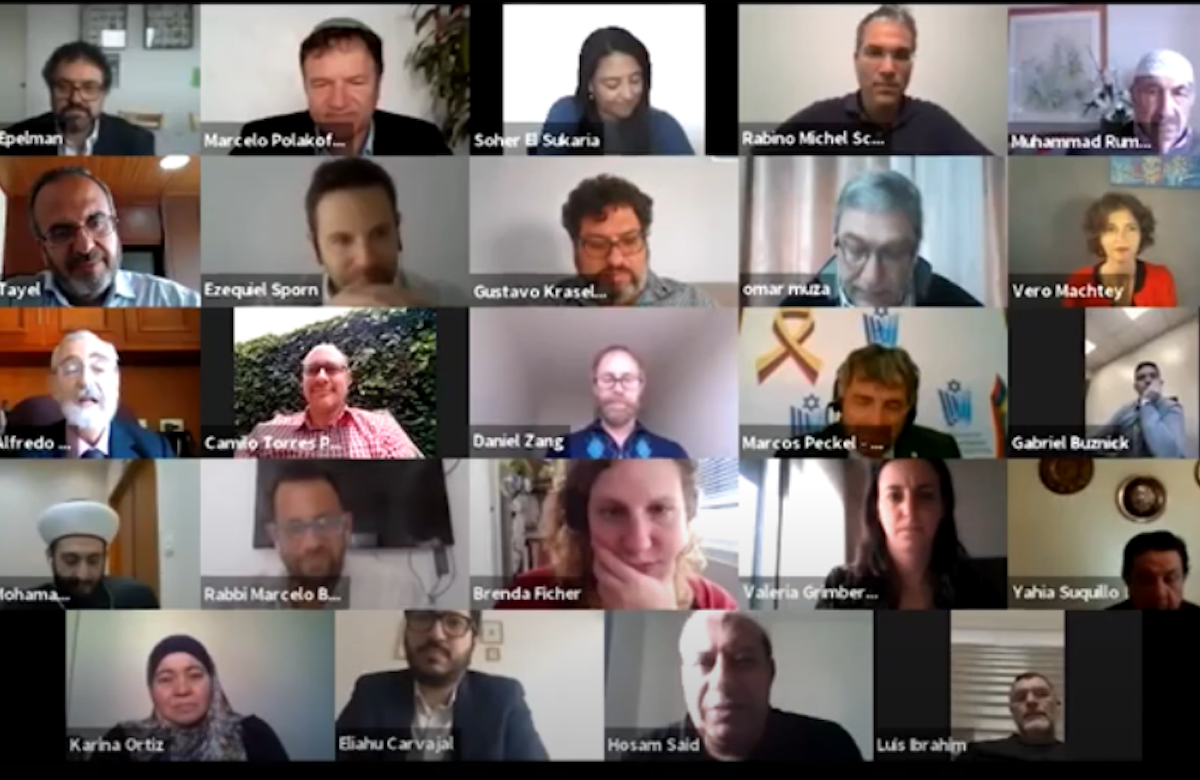 The meeting was facilitated by Omar Musa of the Muslim Arab Society, who wished the Jewish participants a “shana tova umetuka.” During the ceremony, Musa introduced Muslim leaders from across Latin America, who subsequently introduced their equivalent Jewish community counterpart.

Executive Director of the Latin American Jewish Congress (LAJC) and World Jewish Congress Commissioner for Interfaith Relations Claudio Epelman opened the gathering by calling for Jews and Muslims to unite to “inspire the world.” Epelman noted that this meeting was the third installation of its kind among the various groups involved, adding that the LAJC had hosted two prior events commemorating the Islamic month of Ramadan and the Islamic holiday Eid al-Adha (”Feast of the Sacrifice”).

Responding to Epelman’s remarks, Soher el Sukaria, a representative of the Islamic Center in Córdoba joked, “[t]oday it is up to the Islamic community to entertain the Jewish community.”