The Canadian Jewish Congress (CJC) is bringing hate crime charges against a Toronto-based Muslim group whose website featured a video address by former US Ku Klux Klan (KKK) leader David Duke. Duke's video was removed earlier this week from the website of the Canadian Shia Muslim Organization, but the CJC is pursuing charges under the country’s hate crimes laws. In its letter to police, the Canadian Jewish Congress asks for a probe into the website ‘Casmo.ca’ for posting anti-Semitic hate propaganda. York Regional Police said they would give the matter “appropriate and timely attention.”  The Shia Muslim Organization describes itself as the "national platform of Shia Muslims in Canada." 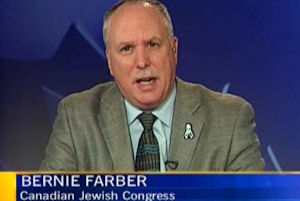 The CJC pointed out that the 12-minute video, in which Duke espoused conspiracy theories about "Zionist running dogs," had remained on the site for two days after it was exposed by the ‘National Post’ newspaper. On 13 April, a second Duke video was also posted to the site.

"It’s hard to believe that in 2011, there would be any credible or faith-based group that would embrace the most despicable neo-Nazi in North America, David Duke. What really is startling is that if anyone within this Islamic organization would just sit down for a moment and listen to what David Duke says ... maybe they would take a second sober thought as to whether this is the kind of guy that they want to embrace,” said CJC Chief Executive Bernie Farber. The decision to remove the video two days late doesn't hold much water. In fact, they put up a second video and I can only assume they were getting some inside pressure, not the least of which was a police complaint," Farber told the ‘National Post’. 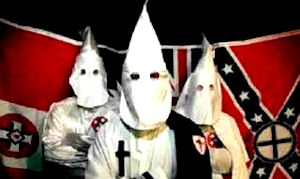 Duke, a former KKK ‘grand wizard’, played a key role in helping to spread the Klan through Canada. On the site, the Canadian Shia Muslim Organization says it "supports multiculturalism" and "interfaith dialogue." In an editorial, the online journal ‘The American Muslim’ accused the group of joining "the Muslim lunatic fringe."