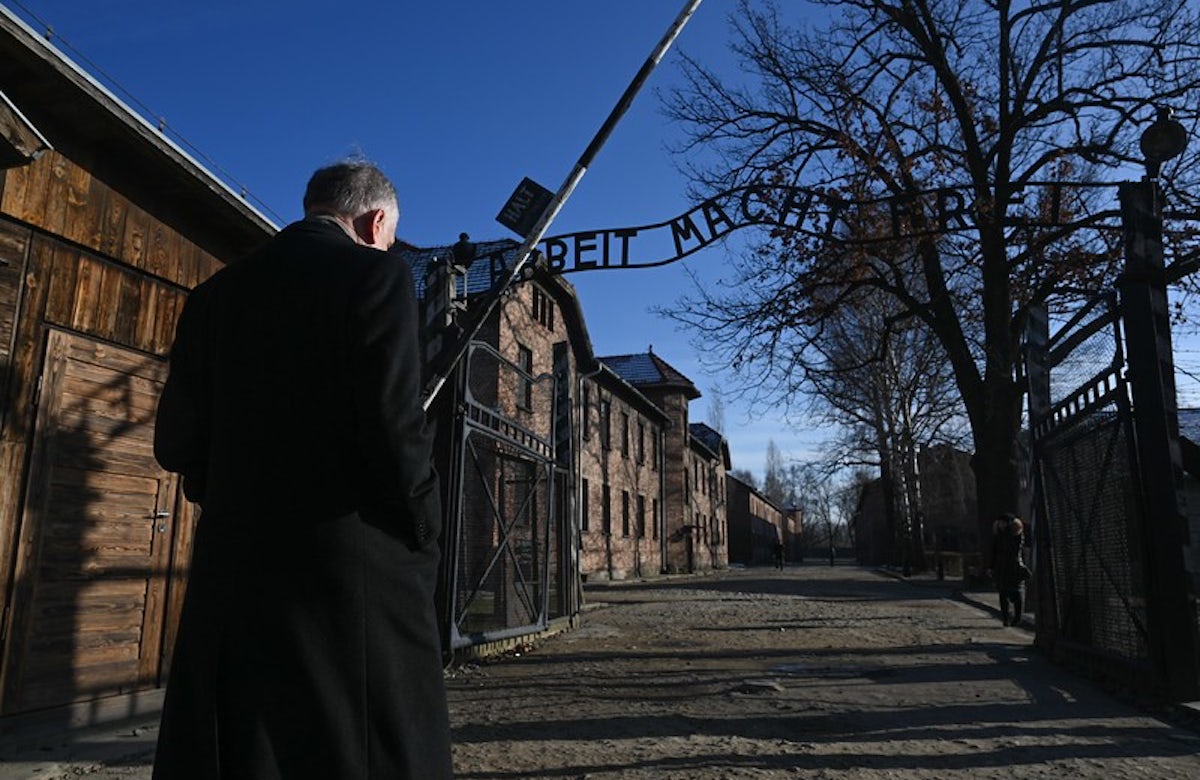 NEW YORK – Ambassador Ronald S. Lauder, President of the World Jewish Congress (WJC) and Chairman of the Auschwitz-Birkenau Memorial Foundation will join more than 100 Holocaust survivors and heads of state from at least 22 countries on January 27 for the official memorial event marking the 75th anniversary of the liberation of Auschwitz-Birkenau on the site of the former German Nazi concentration camp. Addressing guests on behalf of the Pillars of Remembrance, private donors who support the Auschwitz-Birkenau Foundation and its mission to preserve the authenticity of the memorial site, Lauder will highlight the need for Holocaust education and the significance of preserving the artifacts and structures that remain.

“I am honored to have the opportunity to stand alongside many of the last remaining survivors for this solemn occasion, as together we mark 75 years since the liberation of this terrible place. The memorial site remains forever a brutal reminder of the horrors unleashed through antisemitism,” said Ambassador Lauder. “On January 27, we will honor the memory of the 6 million Jews the Nazis killed simply because they were Jewish, including almost 1 million Jews murdered at Auschwitz-Birkenau. Through preserving Holocaust memory and recognizing the urgency of Holocaust education, we can ensure that future generations truly understand the complete and utter hatred of the Nazi attempt to annihilate European Jewry and ensure it never, ever happens again.”

The official 75th anniversary commemoration is organized by the Auschwitz-Birkenau Memorial and Museum. Details are below, including credentialing requirements.

Background on Ronald S. Lauder’s involvement with the Auschwitz-Birkenau site

When Ronald Lauder first visited Auschwitz with his family in 1987 while serving as U.S. Ambassador to Austria, he found a state of disrepair that threatened the disappearance of the historic site. He committed to its preservation for future generations, shortly thereafter bringing in curators from the Egyptian Wing at the Metropolitan Museum of Art in New York to assess the needs and create a plan. Lauder, with the help of Auschwitz survivors Kalman Sultanik and Ernest Michel, raised $40 million from 19 countries to ensure the site’s preservation.

In 2003, with the financial support of the Ronald S. Lauder Foundation, the Auschwitz-Birkenau Memorial and Museum opened its Conservation Laboratories. The laboratory’s mission is to preserve material traces of the camp, including every shoe, every document and every building that remain at the site.

As well, under Ambassador Lauder’s leadership, the ABMF is organizing the survivors’ delegation to the 75th anniversary. A group of more than 100 Auschwitz-Birkenau survivors and their families from the United States, Canada, Israel, Australia and several European countries will be able to take part in the official commemoration events thanks to the support of Ronald Lauder and ABMF donors. Profiles of survivors participating in the delegation can be found at preserveauschwitz.org/survivors-stories.

“Nothing is more important for the upcoming 75th anniversary of the liberation of Auschwitz than having the survivors of this horrible place present to help the world bear witness,” said Ambassador Lauder. “The survivors are the direct link. That is why I am willing to do whatever is needed to bring them back. Let the world see them, let the world hear them, make the world remember.”

The WJC is committed to preserving the memory of the Holocaust and of the millions of Jews and countless Jewish communities destroyed during the Holocaust, and to advocating on behalf of its survivors and their families. The WJC works to raise public consciousness of the dangers of religious, racial and ethnic oppression and persecution. In the United States today, 41% of adults cannot identify what Auschwitz was or is, and 11% of adults – a figure that rises to over one-fifth for adults ages 18 to 34 – have not heard, or are not sure if they have heard, of the Holocaust.

The World Jewish Congress will launch its fourth annual #WeRemember campaign on January 13, to extend through International Holocaust Remembrance Day on January 27. The interactive campaign is intended to spark a global dialogue around the need for better, stronger and more widespread Holocaust education. The campaign invites participants to take a picture of themselves holding a sign with the words “We Remember” and to then share the photo on social media. The WJC also asks participants to share a link to AboutHolocaust.org, a website initiated in partnership with the United Nations Educational, Scientific and Cultural Organization (UNESCO), which aims to provide people around the world with basic facts and information about the greatest crime in human history.