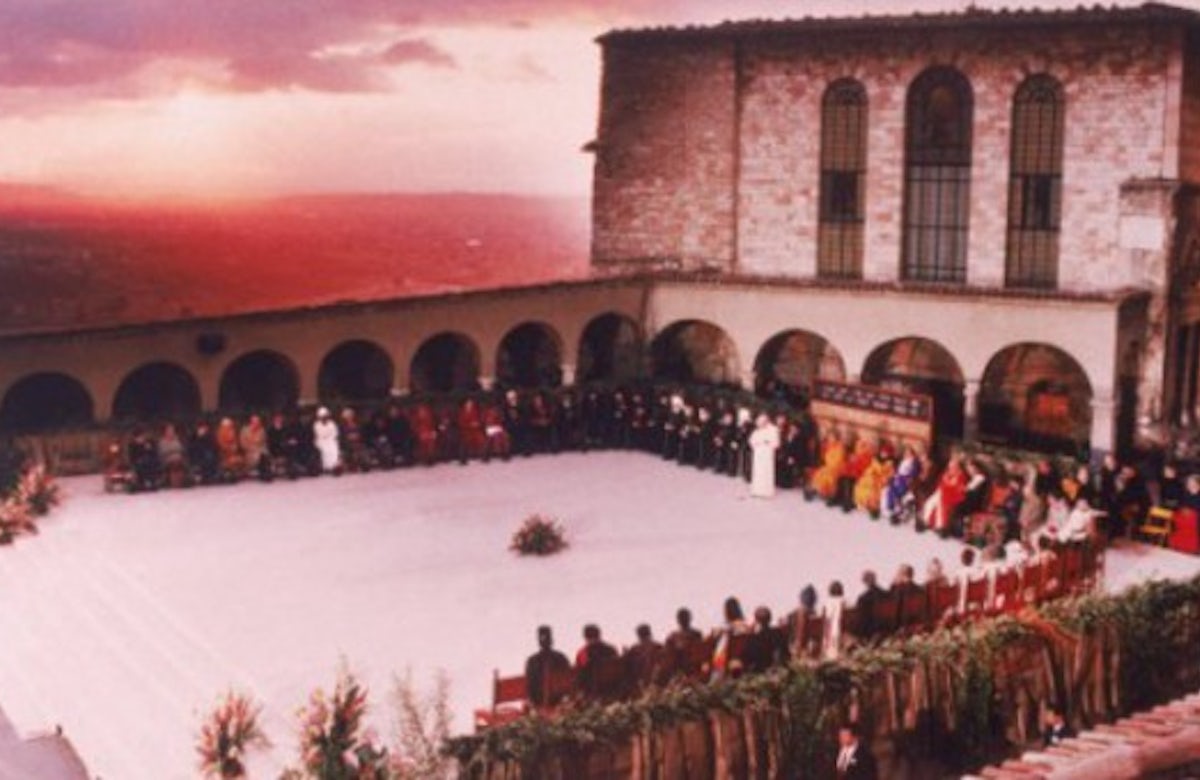 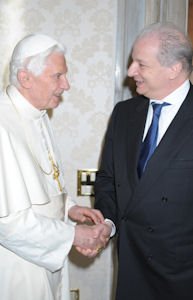 Ahead of the interfaith meeting later this week in Assisi, Italy – hosted by Pope Benedict XVI and to be attended by 300 religious leaders from around the Globe – the World Jewish Congress (WJC) has urged the Vatican to forcefully oppose attempts to blame Jews collectively for the death of Jesus. Deputy Secretary-General Maram Stern, the WJC official in charge of inter-religious dialogue (pictured right at a meeting with the pope in 2010), said: “Last week, Catholics were treated to another despicable tractate by Bishop Richard Williamson whose point was to derail Catholic-Jewish reconciliation and to revive age-old anti-Semitic canards such as that of Jewish deicide. This was a timely reminder that there are still many clerics out there who vehemently oppose and actively undermine dialogue and reconciliation between Catholics and Jews.”

“Unfortunately, some Catholic splinter groups such as Williamson’s Society of St. Pius X continue to defend and propagate medieval anti-Jewish teachings. It is therefore important not to jeopardize the enormous achievements made in Catholic-Jewish dialogue over the past decades by allowing preachers of hate in again through the back door. Certainly, notorious anti-Semites such as Bishop Williamson must not be granted a place in the Catholic Church,” Stern declared.

Last week, Williamson – who in 2009 publicly denied the existence of gas chambers in Nazi death camps and was convicted by a German court earlier this year of Holocaust denial – wrote on his web blog: “Only the Jews (leaders and people) were the prime agents of the deicide” [of Jesus Christ], and not Roman Prefect Pontius Pilate. Williamson also alleged “a continuity amongst Jews down the centuries”, indirectly blaming today’s Jews for Jesus’ death.

Maram Stern, who will represent the World Jewish Congress at the Assisi gathering, said Jews around the world valued that Pope Benedict XVI, like his predecessor John Paul II, “is sincerely committed to strengthening inter-faith dialogue.” Stern urged the Pope to reiterate statements he made earlier this year in his book on Jesus and turn them into an article of faith of the Church.