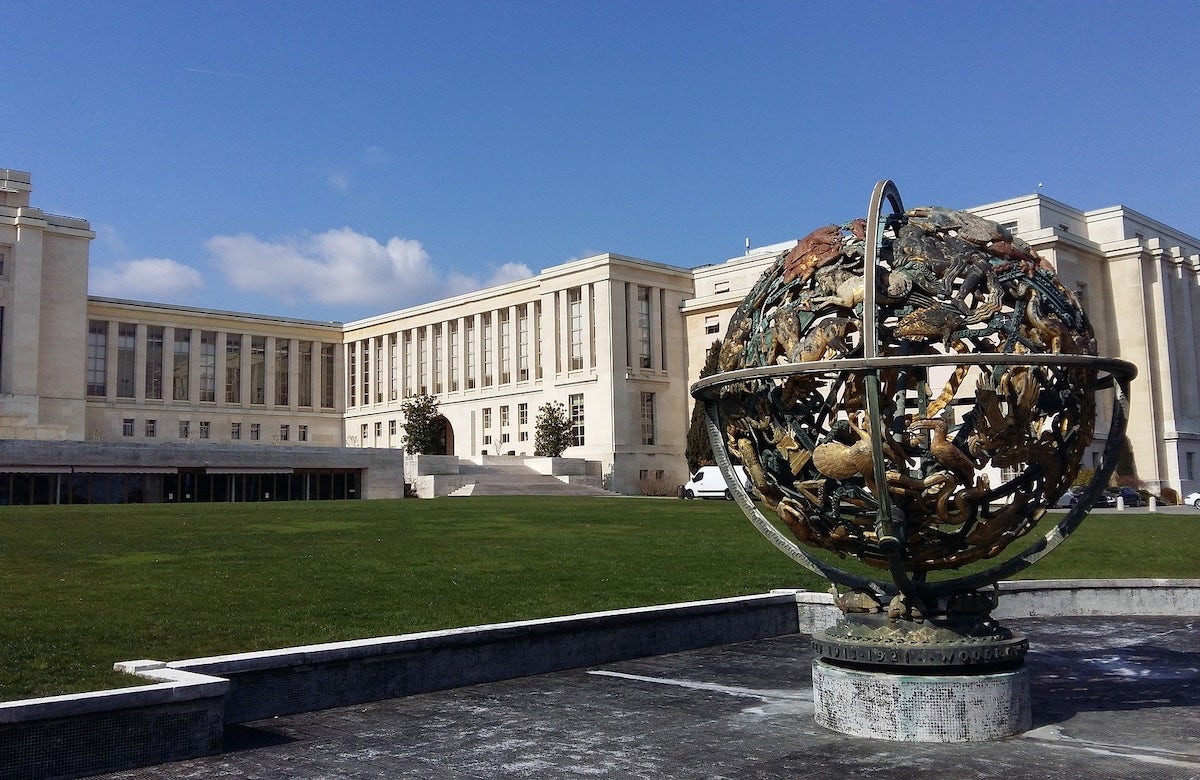 GENEVA - Representatives of the World Jewish Congress took the floor of the United Nations Human Rights Council (UNHRC) in Geneva for its 43rd session in recent weeks to advocate for freedom of religion, the rights of minorities across the globe, the threat posed by Iran, and the dangerous spread of hate speech and xenophobia worldwide. The UNHRC holds three such sessions  each year – in March, June, and September – and like most public institutions, it closed this session early due to the outbreak of the coronavirus pandemic.

The WJC has been actively engaged for many years with the UN and its affiliated agencies, both in Geneva and New York, including several diplomatic missions, other civil society organizations, and the Council. Since 2015, the World Jewish Congress has given approximately 90 statements at the UNHRC in Geneva.

The WJC has also organized several events in Geneva on issues of concern, including but not limited to a rally to call out the Council’s bias against Israel, a side-event focusing on the necessity to put antisemitism at the forefront of the global human rights agenda, among many other activities.

Statements delivered by WJC representatives at the 43rd session of the UNHRC in Geneva, February-March 2020

World Jewish Congress Statement to UNHRC on freedom of religion

The United Nations Human Rights Council was created as the successor to the United Nations Commission of Human Rights. That prior commission was criticized for its disproportionate focus on Israel, including its Agenda Item 8, which called for every session to include a debate about Israel's human rights record.

While the Council has promised to treat all countries equally, it has unfortunately fallen short of its promise. The revised agenda of the Council contains Agenda Item 7, which is strikingly similar to item 8. The Council has adopted more resolutions and has held more special sessions against Israel than any other country in the world.

Last month, a Council-mandated report was published including a database naming 112 entities believed to have business activities in Israeli settlements. The publication was condemned by the World Jewish Congress, saying that it “adds to a very real and dangerous risk of Jewish communities around the world being targeted for violence amid fueled antisemitic incitement, granting legitimacy and support to a broken process that promotes a double standard of boycott, divestment, isolation, and exclusion.”

"In publishing this tendentious blacklist, the UN Human Rights Council has made it clear to the world that its priorities are indeed driven by political, rather than humane, motivations. There should be no doubt that the primary aim of this list is to condemn Israel, point-blank, at the expense of the many countries and territories across the world in which the Council allows gross violations of human rights to continue without significant penalty or censure.”