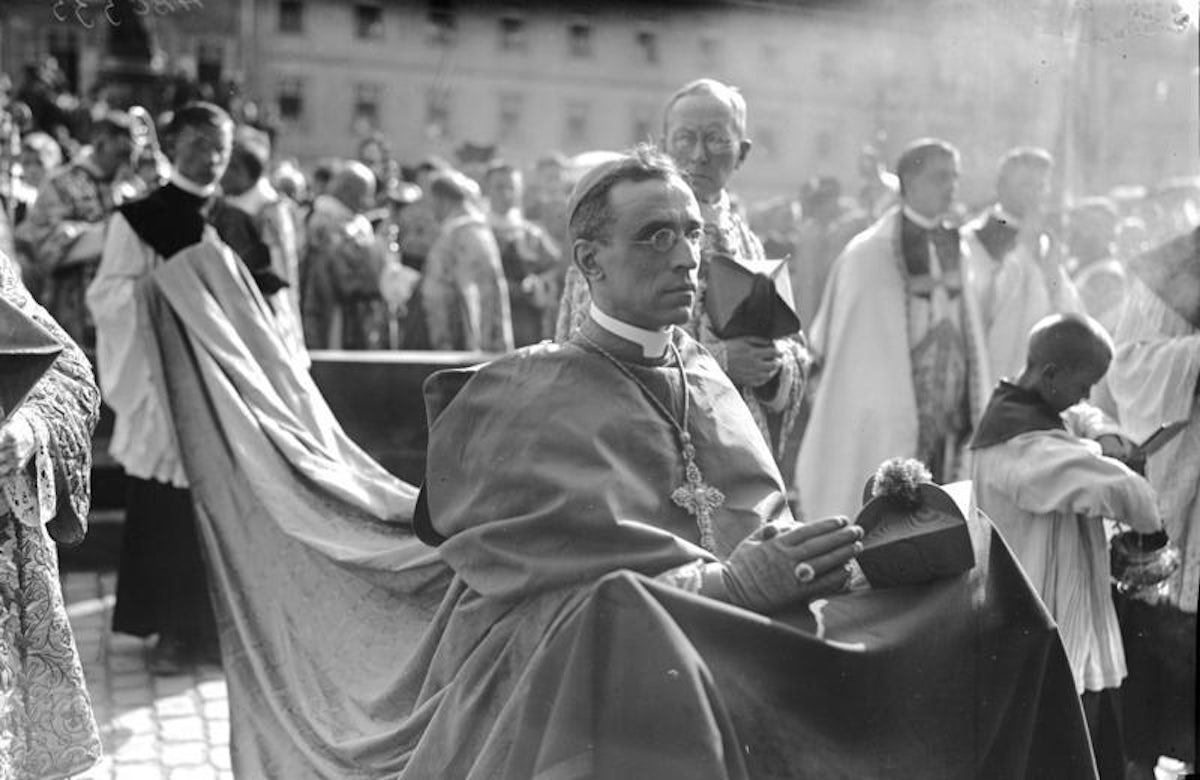 NEW YORK – As the Vatican prepares to unseal millions of pages representing the WWII archives of Pope Pius XII on Monday, March 2, the World Jewish Congress celebrates a step forward in transparency of that era’s history.

“In inviting historians and scholars in to publicly access the Vatican’s World War II archives, Pope Francis is demonstrating a commitment to learning and airing the truth, as well as to the significance of Holocaust memory.

“The World Jewish Congress knows that the Vatican was provided on March 17, 1942, a detailed memorandum by the WJC representative in Geneva, Gerhart Riegner, describing brutal evidence of the Nazis’ plan to liquidate the Jews. We never heard what happened to Riegner’s memorandum after the papal representative in Switzerland, Msgr. Filippe Bernardini, asked for it. But we do know what happened to the six million Jews killed in the Holocaust. With the opening of the archives, we may finally learn the truth about what the Vatican knew.

“Due to sustained efforts between the global Jewish community and the Catholic Church in the decades since the war, the Vatican has become a friend and ally to the Jewish people. The opening of the archives represents a pivotal moment in the history of Catholic-Jewish relations and our ongoing interfaith dialogue.”

Since the beginning of Pope Francis’ papacy in March 2013, the Pope and Ambassador Lauder have met on several occasions to discuss Catholic-Jewish collaboration on issues including the rise of global antisemitism.

In March 2019, after Pope Francis announced the forthcoming opening of the archives, Ambassador Lauder sent an official letter on behalf of the World Jewish Congress to Pope Francis, thanking him for his “principled decision.” Lauder wrote, “The World Jewish Congress has long urged the Vatican to make such a vitally important move, in order to clarify the many questions and concerns that have prevailed for decades regarding what the Holy See did and did not do during World War II. It is critical, for the sake of history, that historians have full access to these essential documents.”