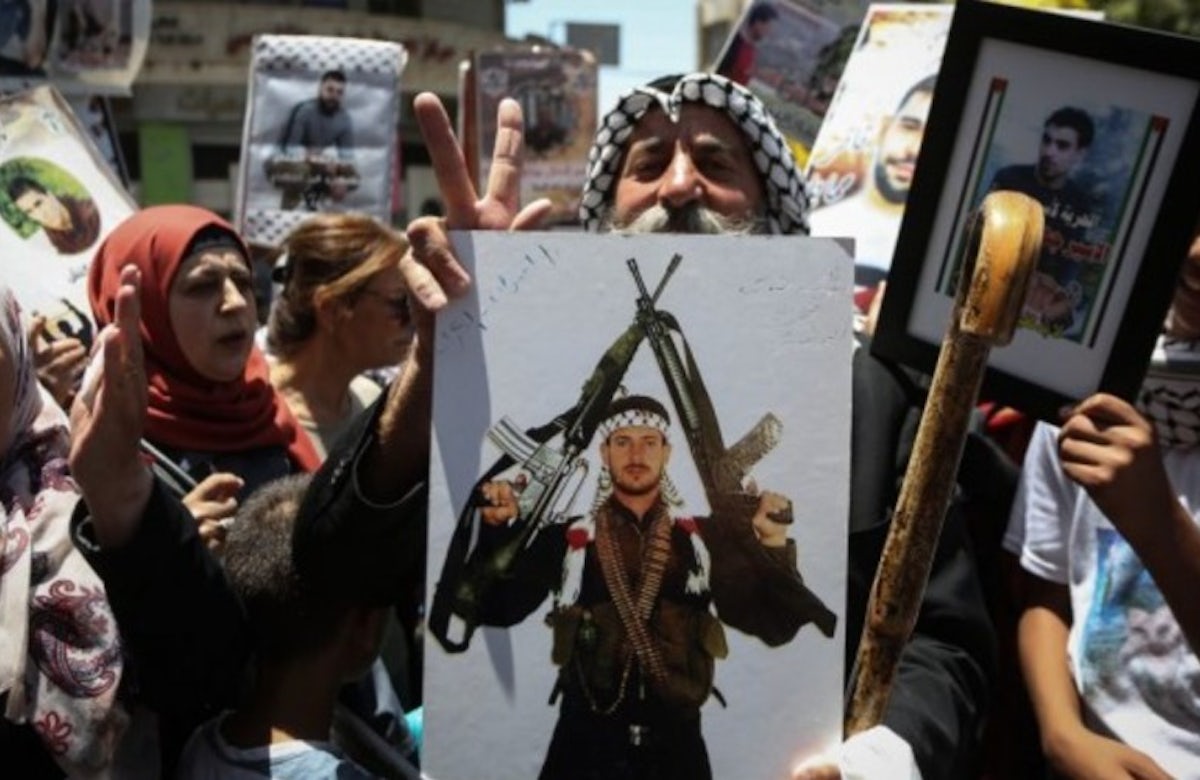 NEW YORK - The World Jewish Congress has launched a global campaign to draw attention to and halt the significant funds allocated by the Palestinian Authority to salaries for convicted terrorists and their families. These salaries amount to roughly $344 million, the equivalent of half the foreign aid it will receive this year, according to a new report released by the Jerusalem Center for Public Affairs.

The World Jewish Congress’ campaign urges participants to submit ideas of how the Palestinian Authority could better use its money than paying convicted terrorists.

The Palestinian Authority today faces an unemployment rate of 26%, a poverty rate of 28%, and an average monthly salary of $245. And yet despite these dire circumstances, it spends hundreds of millions of dollars annually rewarding terrorists and their families for violent crimes against Israelis. The same money could be used to infinitely enhance Palestinian lives:  25,000 students could go to college each year for free; every 6th grader could get a new computer; every impoverished family in Gaza could get a $1,000 stipend. Even after that, there would still be $70 million left to improve hospitals, increase salaries, invest in infrastructure, and other civilian priorities.

The World Jewish Congress will make sure that your ideas reach key decision-makers, diplomats and international organizations, work toward ensuring that these funds be used for the benefit of the Palestinian and Israeli people, and not as an incentive for terror.

Jerusalem Center for Public Affairs 's Brig.-Gen. Yossi Kuperwasser, the former director general of the Israeli Ministry of Strategic Affairs, said that the amount allocated for payments to prisoners and their families, as well as the families of “martyrs” killed while engaged in terror, rose significantly over fiscal year 2016. The money will be paid by way of the Palestinian National Fund, the PLO’s financial arm.

The amount allocated for salaries to incarcerated and released terrorists in the new budget stands at 552 million shekels ($153.4 million) while the amount set for the families of those killed or wounded in the "struggle against Zionism” totals 687 million shekels.

Those engaged in this “struggle” are the recipients of generous grants from Ramallah which can, in many cases, equal or exceed the average monthly salary in the West Bank.

Kupperwasser calculated that the amount budgeted "for supporting terror” totals 1,240 billion shekels ($344 million), seven percent of the total budget and just a hair under half of the foreign aid received by the PA.

Testifying before the Knesset’s Foreign Affairs and Defense Committee earlier this year, Kuperwaser calculated that the Palestinians have spent more than a billion Dollars on terrorism related payments over the past several years. The longer a prisoner’s sentence, the more he earns.

“Anyone who has sat in prison for more than 30 years gets NIS 12,000 ($3,360) per month, nearly 10 times the average salary the PA pays employees,” he said. “The Palestinians’ own budgetary documents clearly state that these payments to the Terrorists are salaries and not welfare payments. When terrorists are released, they get a grant and are promised a job at the Palestinian Authority. They also receive a military rank that’s determined according to the number of years they’ve served in jail.”

American lawmakers have been working on a bill, known as the Taylor Force Act, which if passed would cut off American aid to any entity providing financial support to those involved in acts of terror.