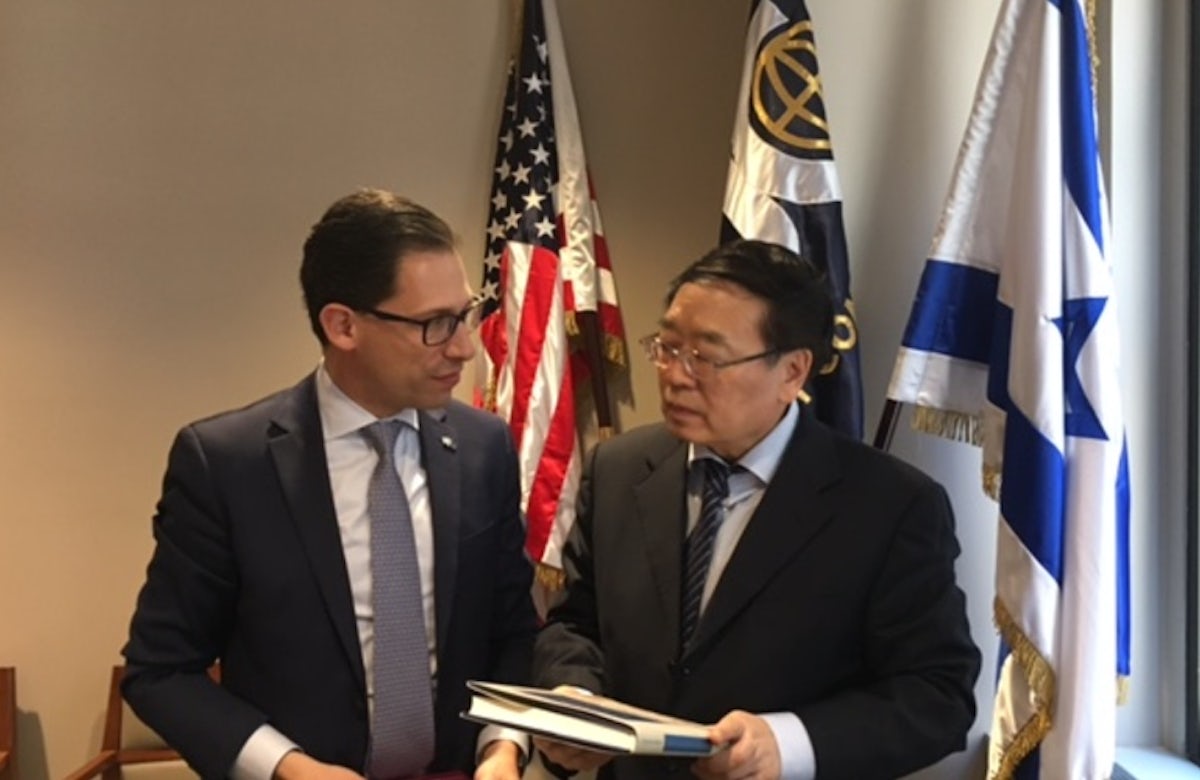 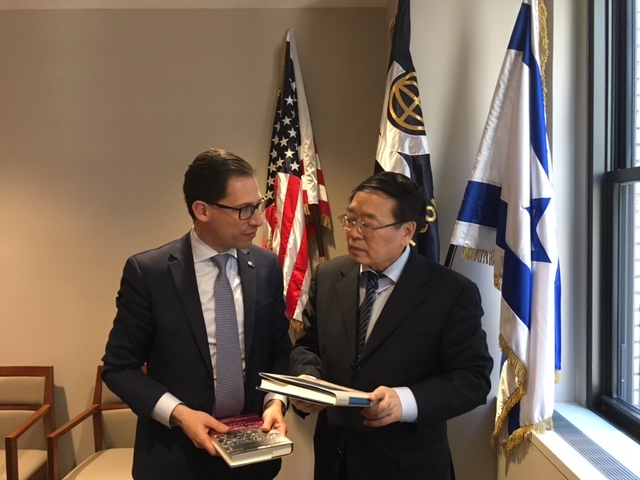 NEW YORK - Members of the World Jewish Congress and representatives of the American Jewish community met Monday at the WJC’s executive headquarters with Cheng Guoping, Vice President of the China Association for International Friendly Contact and former Chinese Vice Minister of Foreign Affairs.

With the aim of seeking to cooperate on issues of common concern with other NGOs, the participants discussed China-US and China-Israel relations and the possibility of increasing cultural exchange.

Having already visited Israel three times, Guoping said that he was looking forward to his next visit this spring. Daniel Radomski, Chief of Staff to WJC CEO Robert Singer, presented Guoping with a beautiful Haggadah on behalf of WJC, a timely gift in honor of the upcoming holiday of Pesach, and marking the age-old commitment of the Jewish people to the preservation of our history, heritage and traditions.