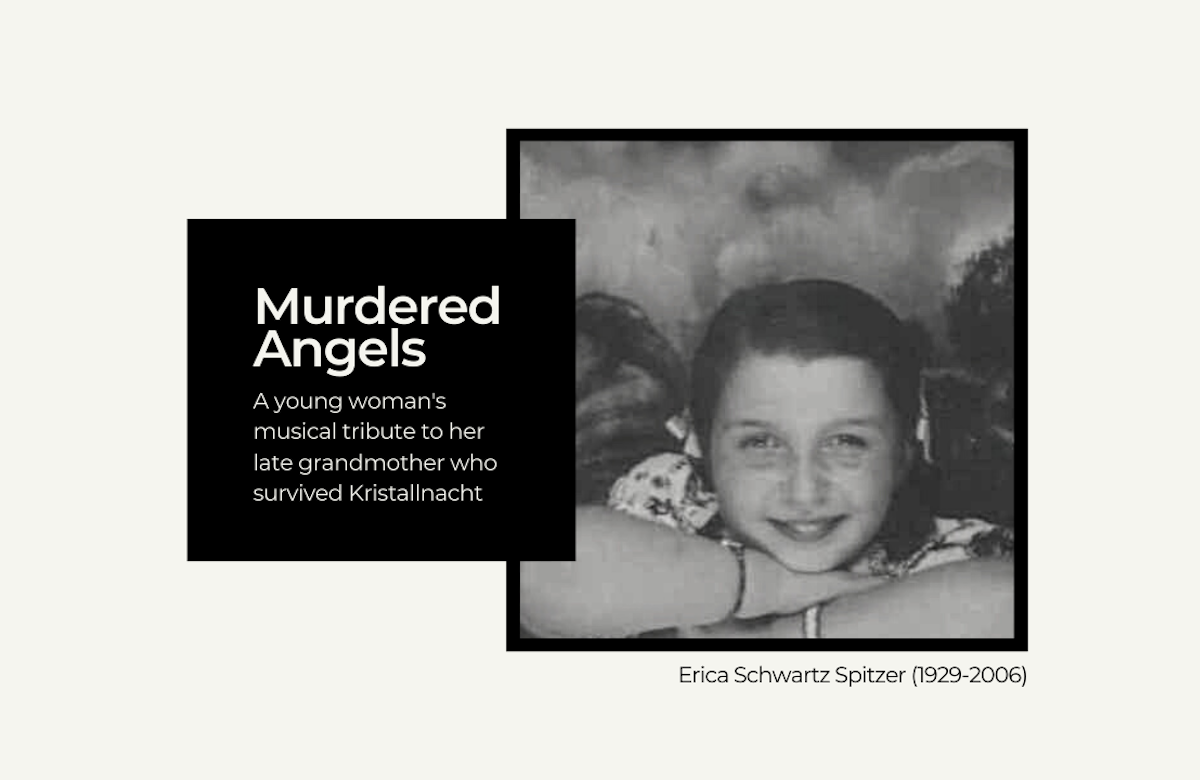 On the night of November 9-10, 1938, the Nazis carried out a wave of violent pogroms against Jews, in what became known as Kristallnacht. Erica Schwartz Spitzer was nine years old when she and her family fled Austria shortly after Kristallnacht.

Gargano was inspired to write her song while visiting Vienna for the first time when studying in Copenhagen during her junior year of college. On the anniversary of Kristallnacht, she walked around the neighborhood where her grandmother lived and went to school before she was forced to flee with her family.

“I couldn’t help but recognize that not too long ago, I would have been persecuted for being a Jew, my life and future in danger,” Gargano said of the experience.

The WJC’s work to uplift Gargano’s song and its message is part of the organization’s ongoing effort to grow Holocaust education. This initiative provides an artistic means of demonstrating the facts of the Holocaust as experienced by one family. It is a poignant project designed to speak to Gargano’s peers, including fellow third-generation survivors, as well as other young people.

“The remaining Holocaust survivors will be gone soon and won’t be able to tell their stories,” Gargano said. “With the rise of neo-Nazism, white supremacy and the spread of hatred becoming more visible in the mainstream, it feels more important than ever to keep telling the story of our history and reminding society how prevalent antisemitism still is, not was.”

The video has been transcribed into the following languages: