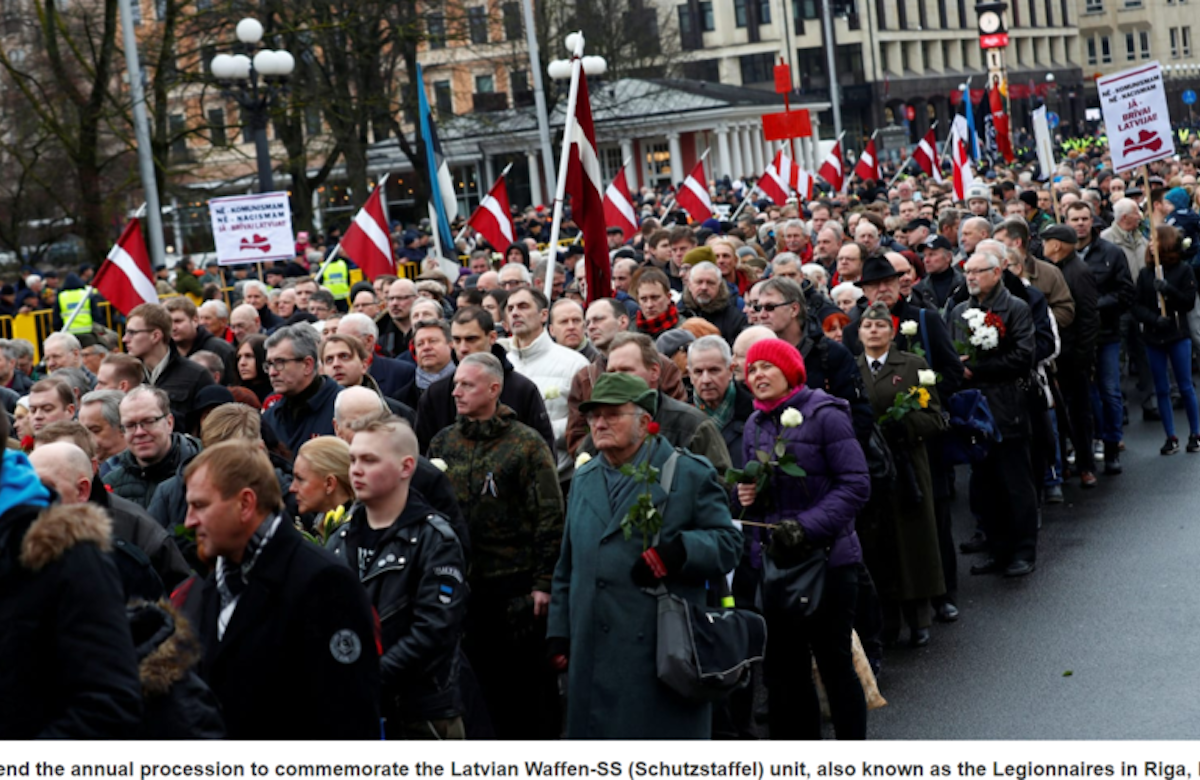 NEW YORK – World Jewish Congress CEO and Executive Vice President Robert Singer on Sunday voiced concern and condemnation after veterans of Latvia’s WWII-era Waffen SS wing and their allies marched through the capital Riga to honor their fallen comrades, and more than 1,000 neo-Nazis paraded through the Lithuanian capital Vilnius chanting ‘Lithuanians for Lithuania’.

“All those who glorify Nazis and their collaborators by marching or otherwise are inciting hatred, plain and simple. They are celebrating the darkest moments of modern history and espousing a contemporary agenda that calls for the destruction of anyone deemed ‘other’. This cannot be countenanced under any circumstances, but especially not after the murders committed by likeminded individuals in the Christchurch mosques two days ago, and at the Tree of Life Synagogue in Pittsburgh only a few months ago. It is incumbent on the authorities in Latvia, and any other country in which such disgusting displays take place, to do all in their power to firmly put a stop to these demonstrations,” Singer said.

“The mass neo-Nazi demonstrations that took place in Riga and Vilnius in recent days are not isolated incidents,” Singer continued. “Marches celebrating a similar agenda take place on a weekly and monthly basis across Europe, including in Germany, Hungary, Bulgaria, and elsewhere, terrifying Jewish citizens and undermining any semblance of democracy and tolerance in these countries. There are steps being taken to counter these manifestations, but the authorities must be vigilant in taking decisive government action to stifle the worrying growth in Holocaust revisionism and glorification of perpetrators of Nazi crimes. A legal mechanism must be put in place a for halting this scourge once and for all.”