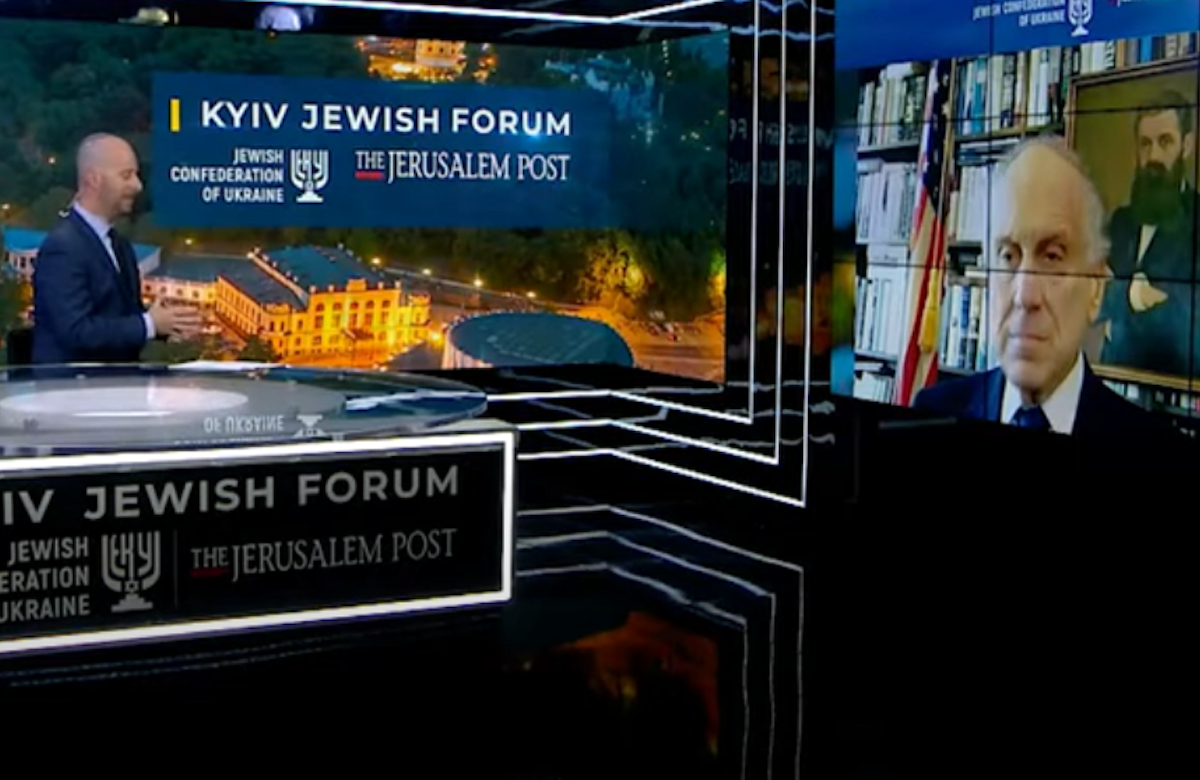 “When governments work together with Jewish communities and organizations like the World Jewish Congress, we can do a great deal to alleviate antisemitism.”

As a featured speaker at the Kyiv Jewish Forum, World Jewish Congress President Ronald S. Lauder addressed the rise in global antisemitism and the role of governments to fight it, the potential for peace brought by normalized relations between Israel and the United Arab Emirates, and the significance of the preservation of Holocaust memory and artifacts in advancing Holocaust education.

The conference was organized by the Jewish Confederation of Ukraine in partnership with the Jerusalem Post and broadcast online on September 8-9, 2020. Ambassador Lauder was interviewed by Jerusalem Post Editor-in-Chief Yaakov Katz as part of the forum’s convening of leaders and luminaries from around the world to discuss topics affecting the Jewish community.

During his remarks, Lauder noted that “hate speech on the internet has increased dramatically.” He highlighted WJC’s ongoing constructive cooperation with Facebook and TikTok to combat online hate speech, as well as WJC’s collaboration with leading governments including Germany and Austria.

Lauder reflected on his work supporting the preservation of the site of the Auschwitz-Birkenau death camp and its artifacts as well as his pride in participating alongside Holocaust Survivors in the official commemoration of the 75th anniversary of the liberation of Auschwitz-Birkenau. Lauder said that in addition to learning what happened, students must be taught how it happened, adding that, “it happened because of indifference, because people all of a sudden didn’t care what was happening.”

“The opposite of love is not hate, it's indifference,” Lauder said, quoting Holocaust Survivor Elie Wiesel.

Closing the interview, Lauder called for Jewish unity on the occasion of the upcoming Jewish holiday of Rosh Hashanah. “We’re one people – from the most religious to the most secular, the most conservative to the most liberal. The diaspora and Israel also have to be closer together, standing up for what we believe in. Let us make this new year a year to come together.”