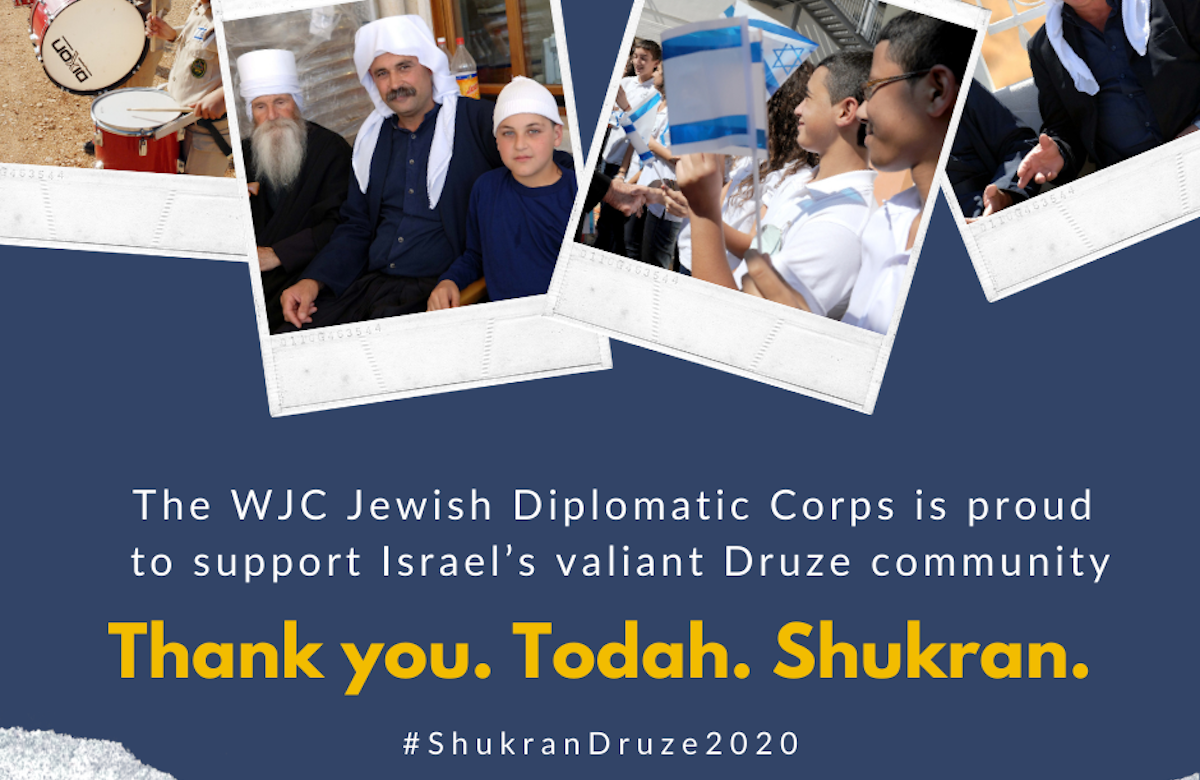 The World Jewish Congress Jewish Diplomatic Corps (WJC-JDCorps) is proud to take part in the first Hakarat Hatov, a global week of gratitude to Druze citizens across Israel for their contribution to the growth and success of the State of Israel.

Participating in the #ShukranDruze2020 campaign is simple – just take a photograph of yourself or record a message, thanking Druze citizens for their contribution to Israel with the corresponding #ShukranDruze2020 (#ThankYouDruze2020) hashtag. The campaign was launched by the International Friends of Israel’s Druze Veterans with the participation of prominent Jewish organizations around the world.

Despite not being obligated to serve the Israel Defense Force (IDF), Druze citizens have served in the IDF with high frequency and even have served as high-ranking military positions in several noteworthy missions, such as Operation Protective Edge in 2014. The community has sacrificed 505 of their brothers in the defense of Israel, with over 1,500 wounded in combat.

Druze contribution to Israeli society has not been limited to the battlefield. Druze, such as Salah Tarif, have served in the Israeli Knesset, while others like Mahran Lala are sports heroes in Israel.

The Druze connection to the Jewish people has strong historical ties, which is part of the reason the campaign was launched this week. This week’s Torah portion is Yitro, named after the Druze ancestor. Within the Torah portion, Yitro counsels Moshe to organize legislative bodies within the Israelite legal system, which evolves over time and was adopted by the modern state of Israel.