WJC at UNHRC: This Council must take serious actions to fight the scourge of antisemitism 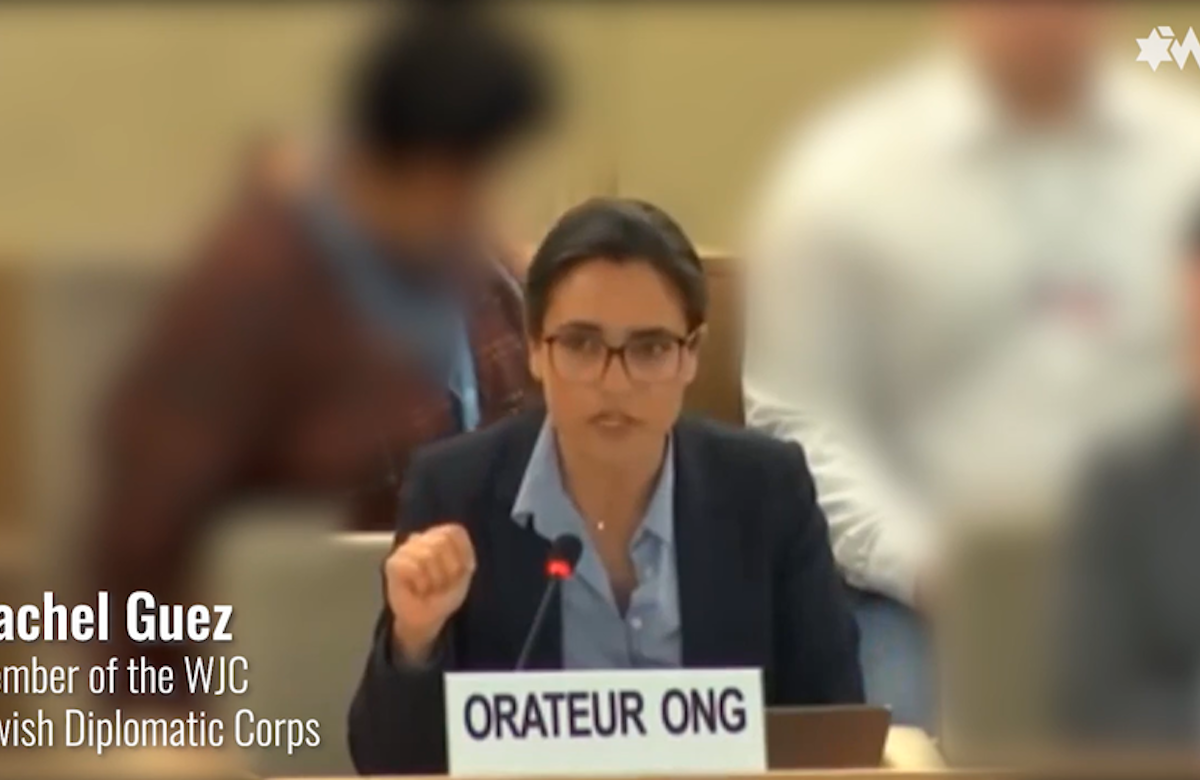 GENEVA - World Jewish Congress Jewish Diplomat Rachel Guez (France) delivered a statement on the United Nations Human Rights Council floor on March 8th on behalf of the WJC, imploring the Council to take serious actions to fight the scourge of antisemitism and adopt the IHRA definition.

“In France, antisemitic acts increased by 74% in 2018. Last month, four families who live on my street in Paris each discovered an envelope in their letter box containing a paper with 2 drawings: a piece of luggage, and a grave, with the word “or” written between them. Some of these families have been living in France for decades, others for more than a century… and in January 19, they were threatened with death if they don’t leave France. For which country? The destination is implied by the harasser: it is Israel.

Indeed, it is becoming increasingly common to hear on the streets hateful words towards the Jews of France as if they were representative of the State of Israel. This is one typical example of what we call “ordinary antisemitism.” This takes various forms of harassment: slurs, bullying, letters, mural writings, assaults and so on.

These acts often conflate antisemitism and anti-Zionism. The International Holocaust Remembrance Alliance (IHRA) has included in the manifestations of anti-Semitism “the targeting of the state of Israel, conceived as a Jewish collectivity,” going beyond “criticism similar to that leveled against any other country.”

Denying the antisemitic nature of anti-Zionism is a limiting factor when it comes to combating it. The World Jewish Congress salutes President Macron’s recent decision to adopt the IHRA definition. With rising extremism and populism, this Council must take serious actions to fight the scourge of antisemitism. Adopting the IHRA would be a good start.”